Former Democratic Republic of Congo (DRC) President Joseph Kabila has earned a Master’s degree as he utilises his break from active politics to pursue higher education.

The ex-Head of State got the certification from the University of Johannesburg in South Africa after he successfully defended his thesis. A statement from the institution confirmed that the former DRC President is now a a post-graduate alumnus.

“Yes, he (Kabila) has finished his master’s degree,” said Prof Tshilidzi Marwala, vice-chancellor of the university.

The confirmation puts an end to speculation in the DRC after Néhémie Mwilanya, Kabila’s former chief of staff, the former Head of State was defending “a doctoral thesis”.

After verification, it turned out to be a Master’s degree in political science on leadership in the DRC.

“The fact remains that Joseph Kabila has just successfully completed a Master’s programme in Political Science and International Relations, attained through distance learning, over the past 4 years, under the supervision of Prof Chris Landsberg”, corrected Mr Mwilanya as he walked back on his earlier announcement.

In a brief video circulating on social media of Kabila in a room with dons from the University of Johannesburg, he says that his greatest achievement is successfully unifying DRC after emerging from a cycle of war.

When Joseph Kabila came to power in January 26, 2001 after his father Laurent-Désiré Kabila was assassinated, DRC was divided into three parts.

In 2003, after lengthy negotiations, the rebel movements controlling these parts gave up the rebellion to form political parties, and Kabila made the former rebel leaders vice-presidents.

In 2019, Kabila left the top job after losing an election, marking the country’s first peaceful handover of power since independence in 1960 when he handed over to current President Felix Tshisekedi. 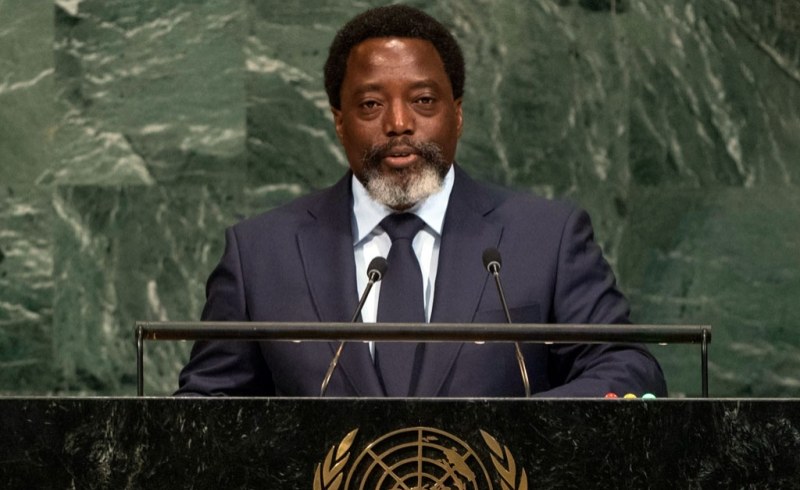