by alex swoyer
in Africa News
Reading Time: 5 mins read
A A

Sen. John Kennedy is sounding the alarm over a potential misuse of the U.S. legal system that would allow adversaries like Russia and China to fund lawsuits against American companies and use the discovery process to obtain military technology or intellectual property.

“Few safeguards exist in any form of law, rule, or regulation to prevent foreign adversaries from participating in civil litigation as an undisclosed third-party in our country’s federal courtrooms — this resulting in our national security and our entire government being vulnerable to manipulation,” Mr. Kennedy wrote in his Jan. 6 letter.

“As a member of the Judiciary Committee, I ask that the Department of Justice provide details about any course of action that has been taken to mitigate this threat. I also recommend that the Judicial Conference of the United States consider proactively providing guidance to courts from coast to coast as means of preventing foreign entities from hijacking our federal judiciary,” he added.

Third-party litigation funding, referred to as TPLF, is a commercial enterprise in which a third party — potentially a hedge fund or even a sovereign wealth fund connected to a government — pays a plaintiff’s legal costs to fund a lawsuit with the intent to reap a portion of the awards if the litigation prevails.

The practice has grown in the United States to become an annual $2.5 billion to $5 billion industry, according to the Institute for Legal Reform, a tort reform advocacy group affiliated with the U.S. Chamber of Commerce.

The Government Accountability Office studied the practice and issued a report in December. It found the enterprise began in the United States around 2010.

The GAO report emphasizes that the TPLF industry is not “specifically” regulated under federal law and that there is no nationwide requirement for disclosing litigation funding agreements.

“Publicly available data on the market are limited. Some policymakers have raised concerns about the transparency of funding arrangements and other issues,” the report reads.

“Funders and stakeholders [interviewed by the GAO] identified several advantages and disadvantages of third-party litigation financing for users and investors,” the report reads. “For example, this funding can help underfunded plaintiffs litigate their cases. However, it is expensive and may deter plaintiffs from accepting a settlement offer because they may want to make up the amount they will repay the funder.”

A spokesperson for the International Legal Financing Association, whose members include Burford Capital, Omni Bridgeway and Parabellum Capital, among others, dismissed some of the concerns raised by Mr. Kennedy and the Institute for Legal Reform.

“The claims in this letter come directly from baseless Chamber of Commerce talking points, which are unsupported by any evidence. The primary takeaway from this should be the desperation of the Chamber of Commerce. Having unsuccessfully achieved their preferred policy goals, they have now sunken to fear mongering in their efforts to impose regulations that benefit some of their donors,” the spokesperson said. “The commercial legal finance industry provides an essential financing tool that significantly benefits business, especially its ability to level the playing field.”

A spokesperson for the American Legal Finance Association did not immediately respond to a request for comment. Its members include Bridgeway Legal Funding, Law Street Capital and Plaintiff Support, among others.

In the discovery process, a company being sued may have to give the plaintiffs access to its records and communications. An undisclosed funder could use the information to obtain intellectual property or other sensitive information.

In his letter, Mr. Kennedy points to a lengthy November report from the Institute for Legal Reform that detailed several third-party litigation funding sources, including Burford Capital, Ryval and Omni Bridgeway.

According to the institute, Burford Capital invested $4 million into a lawsuit against Chevron in Ecuador in 2020 alleging pollution in exchange for a share of the awards.

Page Faulk, Institute for Legal Reform’s senior vice president for legal reform initiatives, says it’s unclear who is putting money into groups like Burford Capital that are backing such lawsuits.

Spokespersons from Burford Capital, Ryval and Omni Bridgeway declined to comment on their activities or Mr. Kennedy’s concerns.

“We make the playing field level. And that’s what people should be wanting in litigation,” Mr. Bogar said. “We are a multibillion-dollar company because litigation is expensive. And there’s an awful lot of demand from businesses for this kind of solution.”

Burford Capital backed Craig Underwood, a small jalapeno farmer in California who sought to recover more than $20 million from a breach of contract deal that caused his farming business to crumble. He won in court with funding from Burford — but ended up paying $8 million to the company, which had invested $4 million into the legal fight.

“They stepped in and helped us out when we couldn’t have gotten money from anybody else. They basically rescued us,” Mr. Underwood told CBS.

The Institute for Legal Reform’s report cautioned that China Investment Corporation, Beijing’s sovereign wealth fund, may be financing litigation within the U.S.

“Although the extent of foreign TPLF investment in U.S. litigation remains largely unknown due to the current lack of TPLF transparency (which is itself a national security concern), the limited information available suggests that non-U.S. citizens, including sovereign wealth funds, are in fact participating in the U.S. TPLF market,” the report reads.

“The Chinese side firmly opposes such claims, which are purely subjective and fabricated. China has always adhered to the principle of non-interference in other countries’ internal affairs. We will not interfere in the judicial process in the United States,” Mr. Pengyu said.

“Some U.S. politicians continue to generalize the concept of national security and put obstacles in the way of China-U.S. relations and cooperation in various fields. We urge the U.S. to abandon its zero-sum mentality and stop slandering and attacking China under the pretext of national security,” he added.

Ms. Faulk said that in order to bring transparency, Congress or the executive branch could require foreign actors to disclose in court filings that they are funding litigation. The Department of Justice, too, could amend the Foreign Agents Registration Act, which requires that persons representing foreign interests publicly disclose their affiliations.

“We know some of these hedge funds have investments from sovereign wealth funds, which are owned by foreign states, but there’s no disclosure so we don’t have specific examples of the foreign actors,” Ms. Faulk said.

Chief Judge Colm F. Connolly for the U.S. District Court for the District of Delaware issued a standing order last April that would require parties before his courtroom to disclose if they had third-party funding agreements and the potential interests those funders might have. Ms. Faulk said other judges could do the same.

She also pointed to the Litigation Funding Transparency Act, introduced by Sen. Charles E. Grassley, Iowa Republican, during the prior Congress, which would require third-party litigation funders be disclosed.

“The issue with the multibillion dollar third-party litigation funding industry is that it operates in the shadows and there are literally no requirements for transparency — no rules, no legislation — and so we are calling for sunshine to bring it out of the shadows,” Ms. Faulk said. 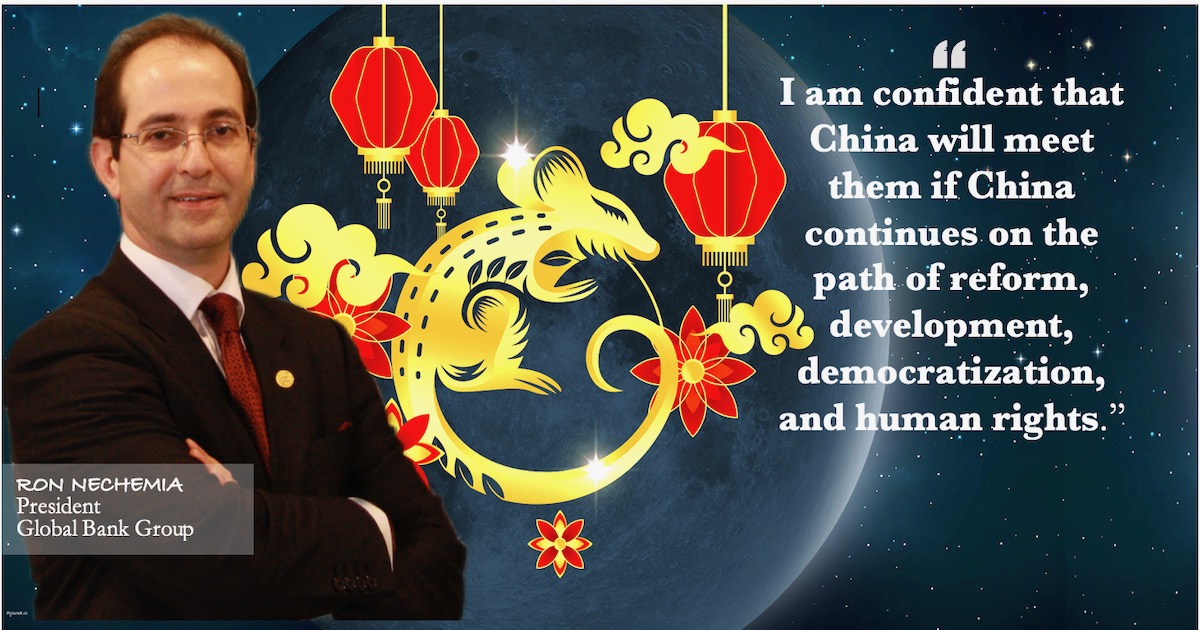 After the Failure Of Their Stablecoin Experiment, Iran And Russia Will Inevitably Adopt Bitcoin

How to write a resume?

How to Write a Resume Writing a resume can be a stressful task. It is important to take your...