No, Weakening Russia Is Not “Costing Peanuts” for the U.S.

by trita parsi
in Africa News
Reading Time: 6 mins read
A A

Does the war in Ukraine enable the United States to strategically defeat Russia on the cheap? This has become a central argument for countering pressures to end the war or cut its funding.

“Focusing on the price tag of aid instead of the value of what it buys ignores the fact that the war in Ukraine has become the equivalent of a proxy war with Russia, and a war that can be fought without any U.S. military casualties, that unites most of the world’s democracies behind a common cause, that deeply punishes Russia for its act of aggression and strengthens every aspect of deterrence,” Anthony Cordesman, emeritus chair of strategy at the Center for Strategic and International Studies, wrote late last year, adding that the “costs of such aid are low in grand strategic terms.”

A headline at the Center for European Policy Analysis a few days earlier put it more simply: “It’s Costing Peanuts for the U.S. to Defeat Russia.” Timothy Ash, an associate fellow in the Russia and Eurasia program at Chatham House, argued in a guest post that “from numerous perspectives, when viewed from a bang-per-buck perspective, U.S. and Western support for Ukraine is an incredibly cost-effective investment…. A Russia continually mired in a war it cannot win is a huge strategic win for the U.S. Why would anyone object to that?”

Such defenses are materializing because Americans increasingly do object to that. Support for financing Ukraine’s defenses is showing cracks among the public, as the number of Americans who believe the U.S. is doing too much for Ukraine rose from 6 percent in March to 30 percent in November. That shift was almost entirely driven by Republicans, among whom opposition rose from 6 percent to 48 percent during that period—fueled, no doubt, by growing criticism of the U.S. involvement in the war by conservative media and Republicans in Congress. Still, other polls show that a larger majority of Democrats than Republicans support diplomatic efforts to end the war, even if it involves Ukrainian concessions.

On the face of it, the economic value argument is valid: The cost of degrading the Russian military would have been infinitely higher had the U.S. fought Russia itself. Yet this is an incomplete, if not misleading, accounting exercise because it doesn’t show the many hidden costs to the U.S. of a prolonged war—one in which we’re becoming even more involved, as President Biden prepares another weapons package for Ukraine and weighs support for attacking Russian-held Crimea.

All wars come down to a battle of wills. The Ukrainian people have shown a ferocity of resistance that few expected given Russia’s vastly superior military power. President Vladimir Putin should know by now that he can’t outwill the Ukrainians. But he can likely outlast the Americans, he calculates, since the imbalance of interest between the U.S. and Russia favors him. Washington’s rhetoric aside, Ukraine is vital to Russia but peripheral to America. And without America’s military support, Ukraine may not run out of willpower, but it will run out of bullets.

The cost of the war thus far is not, contrary to Ash, “peanuts.” The U.S. support for Ukraine in 2022 amounted to $68 billion, and the White House requested another $34 billion. In comparison, the war in Afghanistan cost $23 billion per year in its first two years. In 2011, at the height of the surge, the war cost $107 billion. The Iraq War cost $54.4 billion and $91.5 billion in its first two years, respectively. According to the Cost of War project at Brown University, the failed global “war on terror” cost $8 trillion and caused more than 900,000 deaths over the course of 20 years.

Neither the Iraq nor the Afghanistan war targeted major power rivals of the U.S. So in that sense, yes, the war in Ukraine is cheap and degrades the military of a nuclear power. Still, arguing that continuing the war is an affordable way of achieving a major strategic objective is misleading—not least because, prior to February 2022, few in Washington considered Russia a major power whose military needed to be degraded to protect the U.S. The national security establishment has long identified China as the top potential military competitor, while Russia has been seen as a challenge of a much smaller magnitude.

“China’s a rising power and a rising challenge,” Democratic Congressman Adam Schiff said in 2021. “Russia is a dying power. It poses the threat of a kind of wounded animal that is dangerous because it’s wounded and backed into a corner.” A RAND report from 2019 put it succinctly: “Russia is not a peer or near-peer competitor but rather a well-armed rogue state that seeks to subvert an international order it can never hope to dominate. In contrast, China is a peer competitor that wants to shape an international order that it can aspire to dominate.”

This assessment did not change with Russia’s invasion of Ukraine in February. “[China] is the only competitor out there with both the intent to reshape the international order and, increasingly, a power to do so,” Secretary of Defense Lloyd Austin told reporters last October. Russia, Austin added, “can’t systemically challenge the United States over the long term.”

As a result, the value of degrading Russia’s military—which clearly was overrated in the first place—may not be that significant, even if it is done on the cheap. This is particularly true if a weaker Russia ends up relying more on its nuclear arsenal, as the German Institute for International and Security Affairs has argued. As Biden himself pointed out in October, the risk of a nuclear “Armageddon” is at its highest level since the 1962 Cuban missile crisis. Such a scenario would dramatically and instantaneously reverse the idea that the Ukraine war is an inexpensive way of weakening Moscow.

There are other strategic costs. As the war drags on, it contributes to the formation of a Russian-Chinese-Iranian alliance. While Putin likely is disappointed in Beijing’s lukewarm support for his war, the two countries have intensified their collaboration on several fronts, including with Iran. It is “only natural” that countries facing pressure from the U.S. would move closer together, a Chinese diplomat told Axios. This is even more true when it comes to Russian-Iranian relations, which have assumed a more strategic character in the past year, with Tehran providing drones and potentially also missiles to the Russian war effort (a path U.S. officials don’t believe Tehran would have taken had Trump never left the Iran nuclear deal).

Washington’s objective should be to disrupt any such alliance-building rather than to hasten it. The risks of this development have been known for more than two decades but have rarely informed U.S. policy. In 1997, then-Senator Biden recounted on C-SPAN how Russian diplomats had told him that NATO expansion would push Moscow toward Beijing. Biden responded dismissively, “Good luck. And if that doesn’t work out, try Iran,” while insisting that such an alliance simply wasn’t an option. Yet that is exactly what is happening now.

One area where Russia and China have intensified their collaboration is to de-dollarize their trade and create alternative financial systems immune to U.S. sanctions. This effort has also attracted the interest of emerging powers in the global south, who maintain strong relations with the U.S. but who wish to protect their trade from the whims of Washington politicians. While this trend started when the U.S. began treating the global financial system as an instrument of American power, the continuation of the war further cements it, much to the detriment of our long-term interest.

The war has added to these tensions between the U.S. and rising global south powers, who refuse to choose between the U.S., Russia, and China, preferring instead a multipolar world where they have the option of balancing against the perceived excesses of Washington. This is a world order Washington appears committed to preventing—yet it becomes more likely the longer the war drags on.

In terms of climate change—the threat that the Biden administration has defined as existential—the war has been a disaster. Rather than boosting efforts to decarbonize the global economy, the war has caused nations to backslide on key environmental goals. Instead of reducing emissions, countries are focused on reducing gas prices. Coal-fired power plants have been put back online. And fossil fuel companies have been capitalizing on fuel shortages by pushing for “long-term infrastructure investments that risk derailing international climate targets.”

Perhaps most importantly, prolonged war will make it increasingly hard for Europe to find a path back to long-term peace and stability. The longer the fighting goes on, the more difficult it will be to create any new European security architecture where Ukraine is safe and Russia isn’t a threat. Europe may find itself in a state of constant, low-intensity war that cements enmity beyond generations. This, in turn, risks creating a new normal where peace no longer can be imagined, let alone achieved.

These costs don’t show up on the current balance sheets. But it is these costs—rather than the dollar amounts of the military aid—that we will be wrestling with in the years to come. 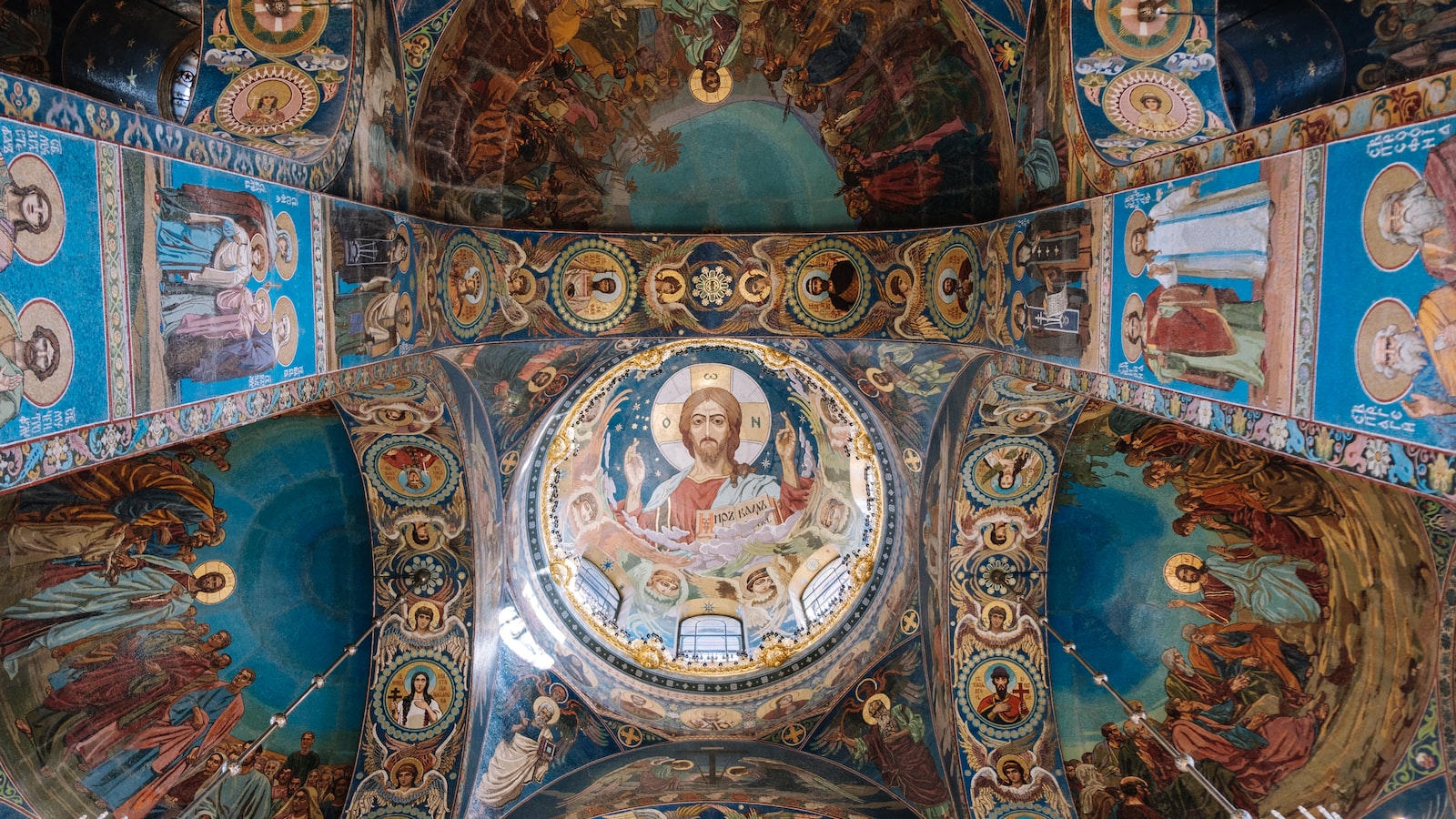 In Moscow, a Quiet Antiwar Protest With Flowers and Plush Toys

How can we improve the healthcare system in Senegal?

For years, Senegal has struggled with inadequate healthcare access and poor health outcomes. With a population of 17 million people,...