by diego drews
in Africa News
Reading Time: 5 mins read
A A

The Real Problem With Classified Documents

Here’s what to keep in mind as we wait for more information on President Joe Biden’s latest headache.

We don’t yet know the volume or scope of the classified documents that were recently found in President Joe Biden’s Delaware home, garage, and the office of his former think tank. Nor do we know how, why, or by whom they were removed from the White House in the final days of Biden’s term as Barack Obama’s vice president.

But the revelation—on top of the FBI’s impoundment of vast and very highly classified papers that Donald Trump took with him to Mar-a-Lago and (unlike Biden) resisted giving back to the National Archives—has re-raised some age-old, still widely confusing questions: Just what are classified documents? Why are some documents more classified than others?  And are there too damn many of them?

The last question can be answered most easily: Absolutely, yes.

Nobody knows how many millions of pages of government documents are classified (a worrisome fact in itself), but the National Archives’ Information Security Oversight Office noted, in its latest report, that 1,494 officials in 16 agencies have the authority to classify documents; of those, 671 officials have the power to stamp them Top Secret.

These officials don’t meet in some virtual panel every month. They don’t have a list of what the others are doing. In fact, it’s all pretty uncoordinated. William Burr, of the National Security Archive, a private research group at George Washington University, has compiled a small number of the doubtlessly voluminous cases where historical documents that were long ago declassified by one agency are still declared classified—even Top Secret—by another agency.

Even stipulating the need for some level of secrecy, this is no way to run an efficient government, much less a democratic one.

As for the levels of classification, they are preposterously overblown. There are three basic levels of classified markings: Confidential, Secret, and Top Secret. According to official government language, “Confidential” applies to information whose unauthorized disclosure “could be expected to cause damage to the national security.” Disclosure of “Secret” information could cause “serious damage.” Spilling “Top Secret” stuff could cause “exceptionally grave damage.” (All italics my own.)

This is ridiculous, as everyone who’s ever had a security clearance could tell you. Documents marked Confidential are so innocuous that the National Archives’ ISOO report recommends abolishing the label altogether.

Most documents marked Secret aren’t much more serious. When I was an aide on Capitol Hill, I was granted a Secret clearance my first day on the job, pending the investigation into my application for Top Secret. It was no great risk; the gatekeepers knew (though wouldn’t say so officially) that if I were a foreign spy and I gave every Secret document in the vault to my runner, he and his masters back in Moscow or Beijing wouldn’t learn a single important thing that they didn’t already know.

Even some Top Secret documents are less dramatic than you’d think. For instance, of Hillary Clinton’s famous 30,000 emails, the FBI found 52 chains containing information that she should have known was classified—eight Confidential, 36 Secret, and eight Top Secret. One of those eight Top Secret emails concerned a conversation with the president of Malawi—because all conversations with foreign heads of state are deemed Top Secret. The other seven were about CIA drone strikes that had been reported in that day’s newspapers—because CIA drone strikes are mounted in countries where we are not officially at war and are thus deemed Top Secret, even though everyone knows about them and several NGOs track them. (The military’s drone strikes, launched in countries where we are at war, are not classified at all.)

In other words, even if a foreign enemy had intercepted her emails (a fair assumption), it would not have caused “serious”—much less “exceptionally grave”—damage to national security. As Barack Obama once said, “There’s classified, and there’s classified.”

Still, Top Secret is where italics-worthy classified stuff—information that really should be secret—begins to come into play, though even this stuff is minor compared with documents containing Sensitive Compartmented Information (SCI). Those security stamps include HCS (HUMINT Control System—HUMINT meaning human intelligence, i.e., intel gathered from spies); SI (Special Intelligence, referring to intercepts of foreign communications); and ORCON (Originator-Controlled, meaning that dissemination, even to other officials, must be approved by the agency that originated the document), among many others, including some whose very initials are highly classified.

Many of the documents found in Mar-a-Lago had these sorts of markings. None of Hillary Clinton’s emails contained this sort of information. We don’t yet know about the Biden documents and probably won’t until the special prosecutor releases his report.

In the meantime, as a minimal reform, let’s revise the official definitions of classified information to read that disclosure of Top Secret information could “damage” national security and that spreading around SCI could cause “serious damage.” Save only the crown jewels—nuclear codes, intelligence sources and methods, military operations, that sort of thing—for some category involving “exceptionally grave damage.”

The problem with these exaggerations isn’t merely that they’re hype; it’s that they instill cynicism. Few officials take them seriously, and as a result don’t take the entire security system very seriously either. The definitions are also egregiously vague. What is the difference between “damage” and “serious damage”? What are some examples of each? Even sincerely concerned gatekeepers have no concrete guidelines to follow.

What has evolved over the decades, then, is something akin to classic grade inflation. National-security gatekeepers tend to be overly cautious, as they should be. Documents are classified in bulk as part of a particular category. (There aren’t enough officials to go over every document individually.) If they over-classify one set of documents (e.g., mark it Top Secret when it really warrants Secret or lower), every other document in that category gets overclassified.

There’s another, in some ways more debilitating, consequence of this phenomenon. Officials—especially those doing analysis of military policy, foreign affairs, and intelligence—feel a need to over-classify papers that they’ve written. Otherwise, their colleagues and superiors won’t read it. Over the decades, several defense and intelligence officials have told me that they’ve marked a study “Top Secret” even when it has no classified information, precisely to lure decision-makers to its conclusions.

In recent years, some senior intelligence officials have tried to encourage their staff to write reports based on publicly available information. They’ve even coined an acronym for the practice—OSINT, for Open-Source Intelligence. It hasn’t had much impact. People accustomed to reading highly classified documents tend to take them more seriously, and tend to see them as reflecting Truth, even though, in some cases, a think-tank study or a dispatch from an experienced foreign correspondent might be more insightful.

Classified documents should be as genuinely sensitive as their markings imply. Improper handling of these documents should be a serious offense. But the topic might be taken more seriously—the rules surrounding them might be followed more assiduously—if the gatekeepers were more restrained and literal in applying them. Very little information should be highly classified. Very few officials should have the power to declare what is and what isn’t classified, and those rulings should be subject to review. Penalties should be imposed not only for lax adherence to the rules but also for excess severity in contriving them.

A lot of classified materials—especially above the level of Top Secret—really should be classified. But a lot more is classified and cordoned off from public view just to keep us in the dark. 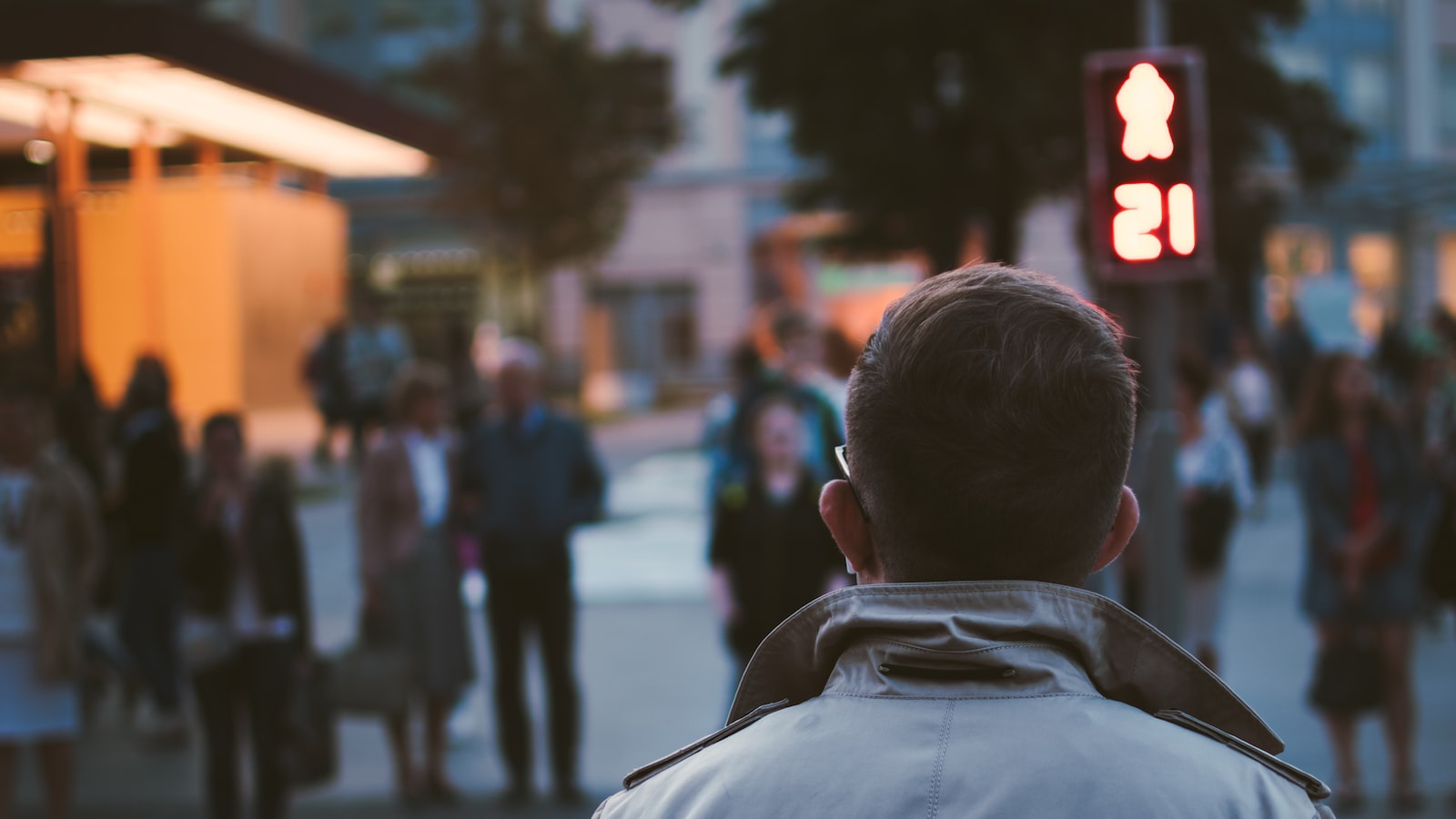