by argonne national laboratory
in Africa News
Reading Time: 5 mins read
A A

In an announcement last week, the White House laid out yet another expansion of the infamous Title 42 program, making heavy use of the ostensible public health policy—which everyone knows is really an immigration restriction policy—in the aftermath of the Supreme Court stopping its dissolution. This time around, the measure targets would-be asylum-seekers from Cuba, Haiti, Venezuela, and Nicaragua, to the tune of up to 30,000 expulsions to Mexico a month. Anticipating the backlash, the Biden administration buried that detail under a much-touted humanitarian parole program for the same number of people from those four countries.

There is just one minor issue: Dangling parole as some sort of consolation prize for shutting down asylum is like giving a laid-off worker a $50 coupon to the restaurant across the street from the office at which they’re no longer welcome and expecting some measure of gratitude in return. While it may be arguably better than absolutely nothing, it neither solves the more pressing and fundamental problems at hand nor addresses them in the long run. The end result, in this case, is a double insult—first for how meager the aid is and second for the fact that the offerer would even think that the offering was adequate.

The truth is, when all is said and done, this policy tweak will leave everyone worse off: That tatty restaurant coupon from our aforementioned metaphor may be a tawdry consolation prize, but it at least won’t threaten its beneficiary with some sort of personal purgatory down the line. Alas, that’s the trap that the Biden administration has built for itself: With its insistence on using parole as a sort of catch-all solution for humanitarian migration conundrums it can’t or won’t address more foundationally, the administration is cramming people into a limbo it knows it can’t get them out of.

It’s likely you hadn’t even heard of humanitarian parole until relatively recently, if you have at all, and there’s a reason for that. The program wasn’t really designed for widespread use; rather, it’s meant to be a case-by-case stopgap for extraordinary situations. The section of the Immigration and Nationality Act under which the authority appears is titled “inadmissible aliens” and mostly deals with the myriad ways in which a person might be deemed ineligible to enter or remain in the country (a much longer and more detailed list than many might imagine).

Parole isn’t mentioned until the fourth subsection, where the authority is laid out in a brief paragraph, which notes that the secretary of homeland security may “in his discretion parole into the United States temporarily under such conditions as he may prescribe only on a case-by-case basis for urgent humanitarian reasons or significant public benefit,” a person applying for admission to the U.S. It goes on to note that this parole “shall not be regarded as an admission,” and “when the purposes of such parole shall … have been served the alien shall forthwith return or be returned to the custody from which he was paroled.”

If that sounds like about as flimsy a status as you can set to paper, congratulations on identifying the big problem here. Statutorily, being on humanitarian parole is not even an admission, and it certainly provides no path to a more permanent status or the security that such a status could provide. The status is renewable, but it does little beyond giving the parolee work authorization and temporary protection from removal for just as long as whoever happens to be president believes it is the politically correct calculus. Biden himself is a mixed bag on immigration, and it’s not hard to imagine how things could get very hairy, very quickly, if we were to inaugurate, say, a President Ron DeSantis.

If these circumstances are starting to sound more familiar to you, that’s because this is, more or less, the exact situation that has already played out and become a perpetual immigration sticking point with those here under the Deferred Action for Childhood Arrivals, or DACA, framework as well as those here under the Temporary Protected Status, or TPS. Nearly 600,000 people in the former program, along with more than 350,000 in the latter, are now existing in a sort of semi-status, authorized to remain but not really to live securely or fully in civic life, some waiting years or decades for some sort of resolution. These groups live with the precarity of knowing a judicial order could, often for arcane technical reasons, strip them of the lives they’ve built overnight.

We don’t even need to hypothesize on the treacherous path forward for those who are granted the status. Last month, Congress failed to include a version of the Afghan Adjustment Act in its year-end spending deal, already a last-ditch effort after legislators failed to get a standalone version anywhere to a vote. This debacle has left about 76,000 Afghans with not only hazy status but the knowledge that legislation specifically intended to help them get to a more permanent resolution was blocked—and this was before the House passed to Republican control. Efforts to regularize the more than 82,000 Ukrainians who have been paroled in under a separate program are likely to fare only slightly better; if you’re thinking, well, Ukrainians are broadly popular, I’ll remind you that so are Dreamers, and legislation to fix their status has been pending for two decades.

The administration created a new parole program for Venezuelans in October, and last week’s announcement expanded it to include parolees from Cuba, Haiti, and Nicaragua. The standards for the applications, which are expected to be made before people set out on the trek north, make a mockery of the spirit of asylum law, which was designed for people who could not safely wait in their countries of origin and might be practically destitute, having nothing but their documents and some evidence of their persecution. Instead, the new rules require applicants to have unexpired passports, have a financial sponsor in the U.S., and pay their own airfare, not to mention the $575 parole application fee. It’s not hard to see how this will make the program inaccessible to the people who need it most.

Even setting all that aside, it’s hard to see a happy ending to piling people into the already untenable bucket of parolees. At 30,000 arrivals per month, within seven months we’ll have added over 200,000 parolees to the existing 150,000-plus Afghan, Ukrainian, and Venezuelan parolees. A few months after that, the parolee population will eclipse the DACA population. What then? Another half-million people living in perpetual stasis, with the threat of their uprooting another political bargaining chip to be traded on the House floor?

It’s easy to understand why the Biden administration is going for the stopgap here. Congress has failed to reform humanitarian immigration in any meaningful way for decades, and every other approach here has pitfalls. The president fears the political impact of thousands of asylum-seekers having to go through the drawn-out regular processing and becoming fodder for stunts like Texas Governor Greg Abbott’s busing campaign, despite the fact that the president’s hands-off approach set the stage for this. Meaningful, substantive shifts to make the asylum processing system work better are complicated, expensive, and subject to political backlash. There are no shortcuts to reconstituting a decimated refugee processing system, streamlining applications, and setting up a nationwide effort to coordinate with localities and nonprofits and provide concrete funding to place desperate migrants in places where they can be readily absorbed.

Parole, by contrast, is easy; it is entirely within Biden’s executive discretion, and selects for higher-income and better-connected migrants who will ruffle fewer feathers among the U.S. public. For a president seeking reelection, it’s a politically salable solution with a sheen of humanitarianism. But it is also a ticking time bomb with no cognizable path toward defusing. Somewhere down the line, it’ll blow up in all our faces. 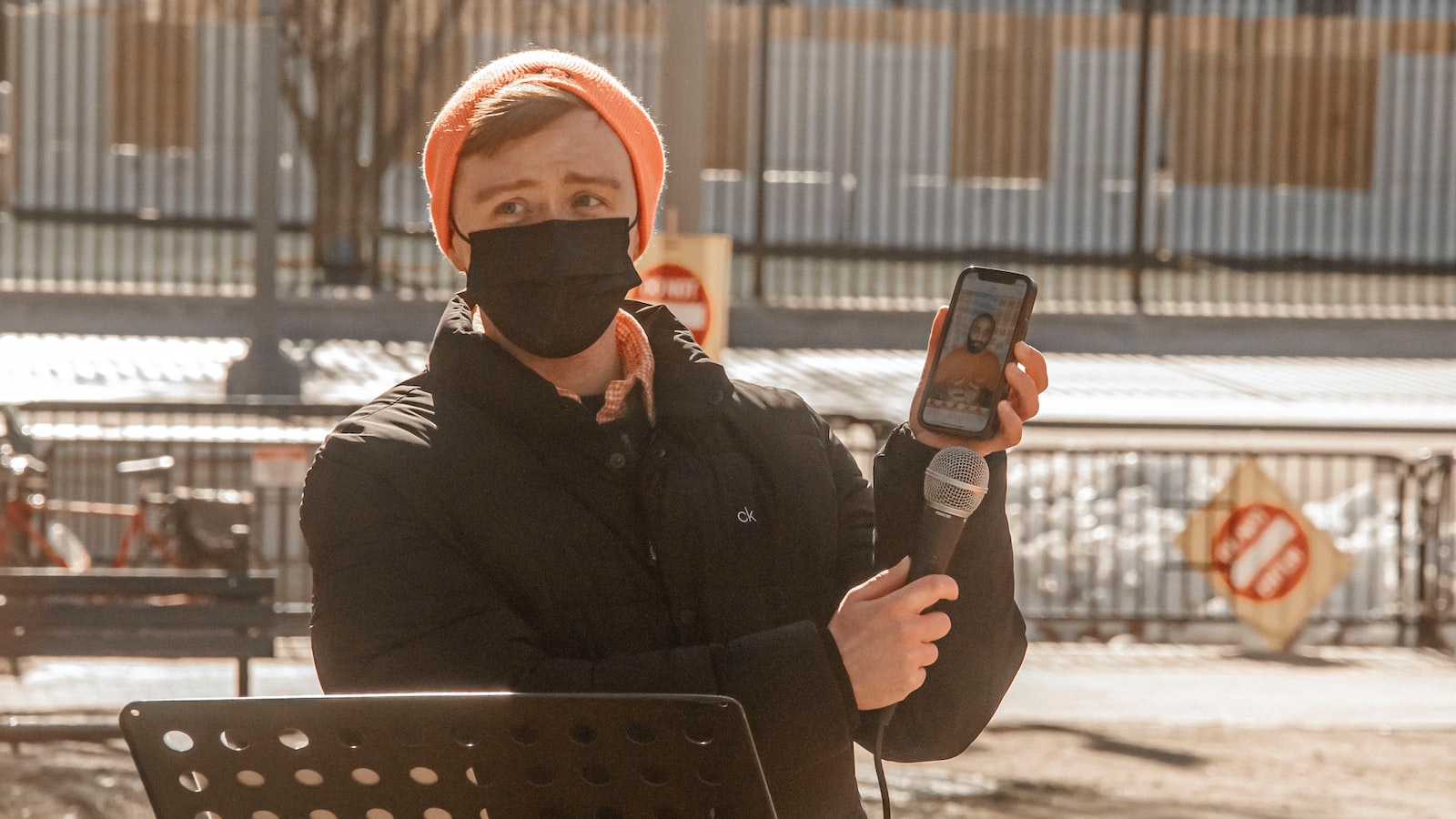 How to write a resume?

How to Write a Resume Writing a resume can be a stressful task. It is important to take your...