Biden world giddy at MTG, Gosar, and Boebert being placed on Oversight

by blythe kazmierczak
in Africa News
Reading Time: 6 mins read
A A

House Republicans’ installation of some of their most incendiary conservatives on the Oversight Committee is sparking an unexpected feeling inside the White House: unbridled glee.

The panel tasked with probing Biden policies and actions, as well as the president’s own family, will be stocked with some of the chamber’s biggest firebrands and die-hard Trumpists — including Reps. Marjorie Taylor Greene (R-Ga.), Paul Gosar (R-Ariz.) and Lauren Boebert (R-Colo.) — ideal figureheads for a White House eager to deride the opposition party as unhinged.

No administration wants to feel the heat of congressional investigations, and Biden’s team is no different. But privately, the president’s aides sent texts to one another with digital high fives and likened their apparent luck to drawing an inside straight. One White House ally called it a “political gift.”

The jubilation was tempered, somewhat, by Democrats on the Hill who expressed more apprehension about the posting.

“The English language runs out of adjectives to describe the debasement, cynical debasement of the whole process these appointments represent,” Rep. Gerry Connolly (D-Va.), a senior Oversight panel member, said in an interview. “And it is, I think, a huge black mark on Kevin McCarthy.”

Another longtime Oversight panel member, Rep. Robin Kelly (D-Ill.), warned that the GOP appointments were “frightening,” adding: “As someone who has been on this committee the entire time I’ve been in Congress, I am very concerned.”

But underlying Democrats’ worry was the same sense of schadenfreude about the committee’s GOP makeup that they showed as now-Speaker Kevin McCarthy struggled through 15 ballots to win his post. With House GOP leaders set to go on offense over Biden world’s handling of classified documents, the Oversight seats handed to some of their biggest ongoing headaches gave Biden world a clear confidence boost.

“[W]ith these members joining the Oversight Committee,” White House oversight spokesperson Ian Sams said in a statement, “it appears that House Republicans may be setting the stage for divorced-from-reality political stunts, instead of engaging in bipartisan work on behalf of the American people.”

The Oversight panel is where many of the most explosive political battles engulfing an opposition White House are waged. They are tasked with probing an administration, exposing potential malfeasance — and may well end up setting the campaign agenda for the rest of the party to follow.

They can knock a White House off its bearings: from the Obama administration’s Solyndra headaches to the Trump administration’s ongoing struggle over the former president’s financial documents.

GOP lawmakers insist they have ample fodder to do the same with Biden, pointing to the chaotic withdrawal from Afghanistan to Biden family-linked business entanglements and name-trading involving the president’s son Hunter.

Indeed, Oversight Chair James Comer (R-Ky.) offered no hint of worry about his members, telling POLITICO that he is “excited about” the roster. “I think it’s full of quality members, who are passionate about rooting out waste, fraud and abuse in the federal government.”

Yet Greene and Gosar, booted by Democrats from previous committee assignments because of violent rhetoric aimed at colleagues, were also among the lawmakers most closely associated with Donald Trump’s challenges to the 2020 election. Both also spoke at a conference hosted by white nationalist Nick Fuentes’ America First PAC.

Another incoming Oversight panel member, House Freedom Caucus Chair Scott Perry (R-Pa.), was a central figure in Trump’s push to contest his loss to Biden. Perry’s phone was seized by the FBI last year, and he refused to comply with a subpoena from the Jan. 6 select committee.

Democrats haven’t yet named their members to the top House investigative committees, but they’re already confident the Republican-led panels will self-destruct.

“The Republicans have brought the QAnon caucus to the Oversight Committee, and you can expect them to run with the most ludicrous conspiracy theories one can ever imagine,” said Rep. Dan Goldman (D-N.Y.). “And I think our job is very simple, which is to make sure that we ground our work and any of these investigations in reality.”

Goldman, who played a prominent role in the House’s first impeachment inquiry against Trump, predicted Republicans would pay a political price for empowering the fringe of their conference: “I don’t think that any moderate Republican is going to win reelection because of an investigation into Hunter Biden’s laptop.”

A spokesperson for Rep. Jamie Raskin (D-Md.), the top Democrat on the panel, declined to comment.

One Biden administration official involved in planning for possible investigations cautioned that the members were “extreme and crazy, yes, and easy to dunk on in the media,” but said “they’re also dangerous.”

“We are clear eyed about the kind of scorched earth tactics and mud fighting they want to engage in,” the official said. “We are going to follow the law and the rules of the game, and we won’t shy away from calling them out for flagrantly assaulting norms, order and facts themselves.”

Both the Oversight and Judiciary committees have long contained some of the House’s fiercest partisans on both sides of the aisle, many of whom hail from safe congressional districts. The committees have sweeping investigative authority but often take on polarizing topics that members from swing districts tend to eschew.

Notably, McCarthy, under pressure from other conference conservatives, established a new investigative body — a “select subcommittee” housed within the Judiciary Committee that’s expected to gobble up some of the most politically potent future GOP probes.

This new panel — ostensibly to investigate “weaponization” of the government will mostly be guided by Judiciary chair Jim Jordan (R-Ohio), a Freedom Caucus co-founder who has become a trusted McCarthy ally. Democrats are privately betting that the select subcommittee’s broad scope — the coronavirus, the Justice Department, the Department of Education and the FBI are all among the GOP’s stated areas of interest — will ultimately spark “blowback” in a conference where some moderates still feel burned by a lackluster midterm election.

And while Jordan is respected within the GOP conference, sitting at the center of every Trump-related congressional probe since 2017, he brings his own political baggage; like Perry, he refused to comply with a Jan. 6 committee subpoena. One House Democratic aide, speaking candidly on condition of anonymity, said the Ohio Republican’s leadership of the panel would only help Democratic efforts to “discredit” it.

Meanwhile, some GOP members privately acknowledged the pitfalls of putting controversy-baiting members on investigative panels. But they said Jordan and Comer are respected enough within the conference to keep wayward members in line. And they also remarked on the entertainment value of the committees, noting that it’d be interesting to see members of the progressive “Squad” — who are expected to rejoin the Oversight Committee — go toe-to-toe with members like Boebert and Greene.

Some GOP members also brushed off Democrats’ cries of “extremism” by noting that they sounded similar alarms during House GOP-led probes in 2018 into the FBI’s launch of the investigation into links between Trump’s 2016 campaign and Russia. While many of rank-and-file Republicans’ most extreme claims fell apart, the party still felt vindicated by an inspector general’s scathing report that found the FBI misused its surveillance powers to spy on a former Trump campaign adviser.

Still, the presence of Greene, Gosar, Boebert and Perry, on the oversight panel has already allowed the White House and its allies to go on the attack.

David Brock, a Democratic activist behind the Facts First group that is helping lead a counteroffensive to the House GOP investigations, called the Oversight appointments “the clear culmination of the corrupt bargain” McCarthy struck with the conservative members that he went on to describe as “the core group behind every conspiracy theory and lie.”

“This collective group has the credibility of a sentient My Pillow commercial,” Brock said.

Eric Schultz, a top White House spokesman under former President Barack Obama, said they found over the course of the administration that the most effective and challenging Oversight members to deal with “were the ones who take their jobs seriously and don’t look for attention.”

“The more unserious people performing congressional oversight the easier this is going to be for the [Biden] administration. And in that regard I think the White House hit the jackpot. This is a crowd that will make [former House Oversight chair] Darrell Issa look intellectual.”

Olivia Beavers and Kyle Cheney contributed to this report. 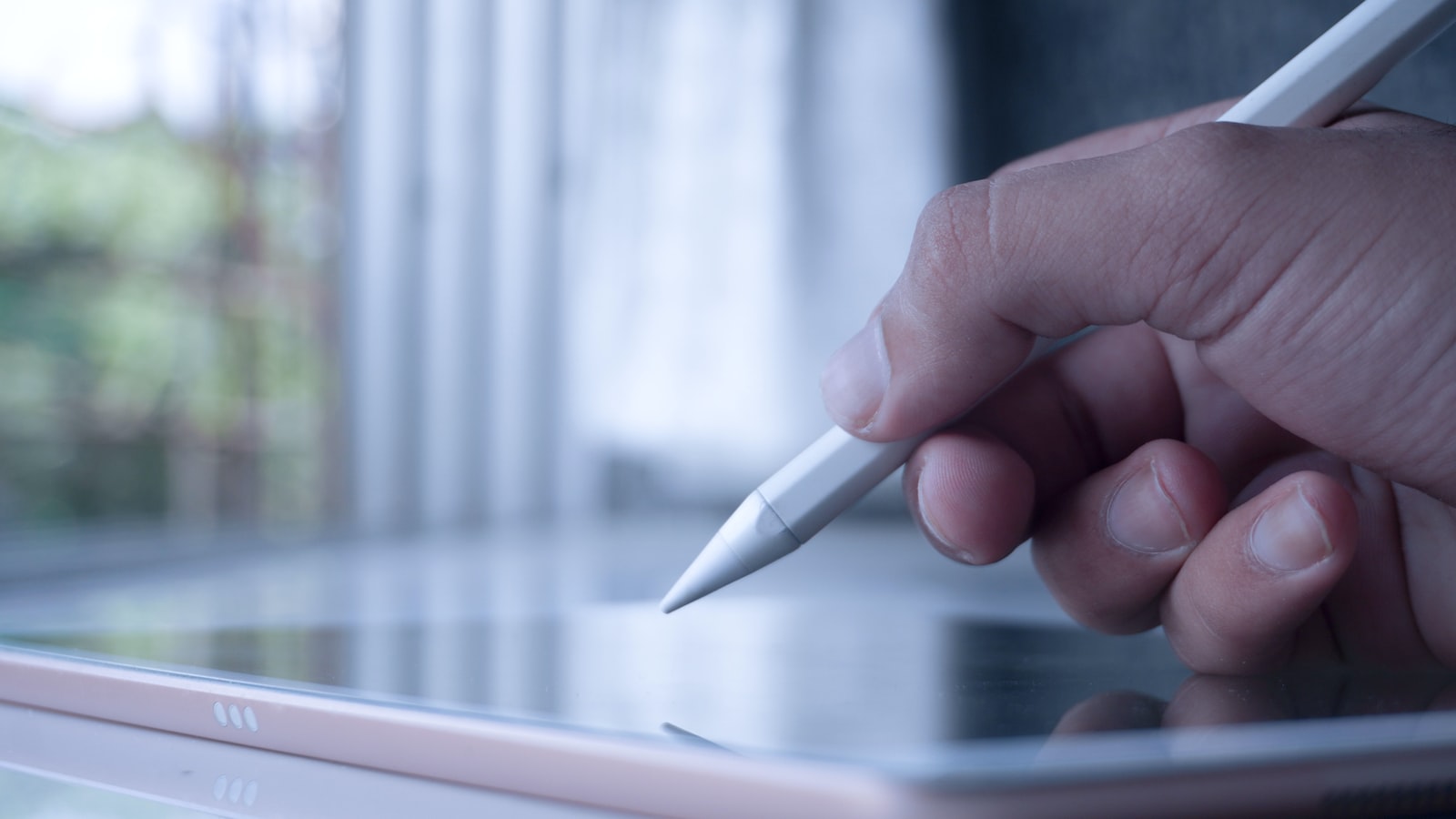 What is Penetration Testing? Penetration testing is a cyber security practice used to gain insight into the security vulnerabilities of...

What is defensive coding?

What is Defensive Coding? Defensive coding is a concept used by computer programmers to ensure the security and reliability...