by elida redner
in World News
Reading Time: 3 mins read
A A
464
SHARES
1.8k
VIEWS
Share on FacebookShare on Twitter

In a continued effort to protect abortion access after the Supreme Court overturned Roe v. Wade in late June, President Joe Biden signed an executive order on Wednesday, Aug. 3, to help people who must cross state lines in order to access abortions.

The new order directs the Department of Health and Human Services (HHS) Secretary Xavier Becerra to ensure healthcare providers comply with federal nondiscrimination laws and find ways to support patients who must travel to access abortion care. The support includes working with states through Medicaid “to allow them to provide reproductive health care for women who live in states where abortions are being banned in that state,” Biden said, according to CBS News.

CBS News also reported that Biden addressed the victory for reproductive rights in Kansas last night — the state voted to keep the right to abortion in its constitution. “The court practically dared women in this country to go to the ballot box and restore the right to choose that the court had just ripped away after 50 years,” Biden said. “They don’t have a clue about the power of American women. Last night in Kansas, they found out.”

This is not the first executive order Biden has signed in an attempt to put into place protections for people seeking abortions. On July 8, Biden signed an order that activated various reproductive-healthcare protections in response to the Supreme Court’s decision, including encouraging the HHS to clarify that abortions performed to save a patient’s life are federally protected.

The guidance was intended to reassure providers that they have federal protection if they perform a life-saving abortion procedure on a patient. “Today, in no uncertain terms, we are reinforcing that we expect providers to continue offering these services, and that federal law preempts state abortion bans when needed for emergency care,” Becerra said in a statement.

“Consider the challenge accepted, Court.”
Moments before signing the order on July 8, Biden delivered remarks from the Roosevelt Room of the White House, where he admonished the high court’s decision and predicted higher liberal-voter turnout in the coming midterm elections. “Consider the challenge accepted, Court,” Biden said. “But in the meantime, I’m signing this important executive order.”

In an effort to protect the privacy of patients and medical providers, Biden’s first order also asked Attorney General Merrick Garland and Secretary of Homeland Security Alejandro Mayorkas to take action to ensure the safety and security of anyone who might be seeking or providing these medical services. He asked the Federal Trade Commission to consider taking further action to protect users’ privacy (something that’s been called out in the discussion around period-tracking apps, for example) and meaningfully address disinformation online, as well. Finally, the administration said it will gather pro bono attorneys, bar associations, and public-interest organizations together in a meeting to “encourage lawyers to represent and assist patients, providers, and third parties lawfully seeking these services throughout the country.”

Biden’s orders are steps in the right direction, but it’s important to note that they do not override the Supreme Court’s decision or create any immediate changes in the situation. The 50 states are still able to set their own abortion policies.

Amid criticism that the Biden administration isn’t working swiftly enough to address dwindling reproductive rights in the nation, Biden said in his remarks on July 8 that the responsibility to codify Roe lies with Congress: “The fastest way to restore Roe is to pass a national law, which I will sign immediately upon its passage on my desk.” He added, “The challenge is go out and vote. For God’s sake, there’s an election in November. Vote. Vote. Vote. Vote.” 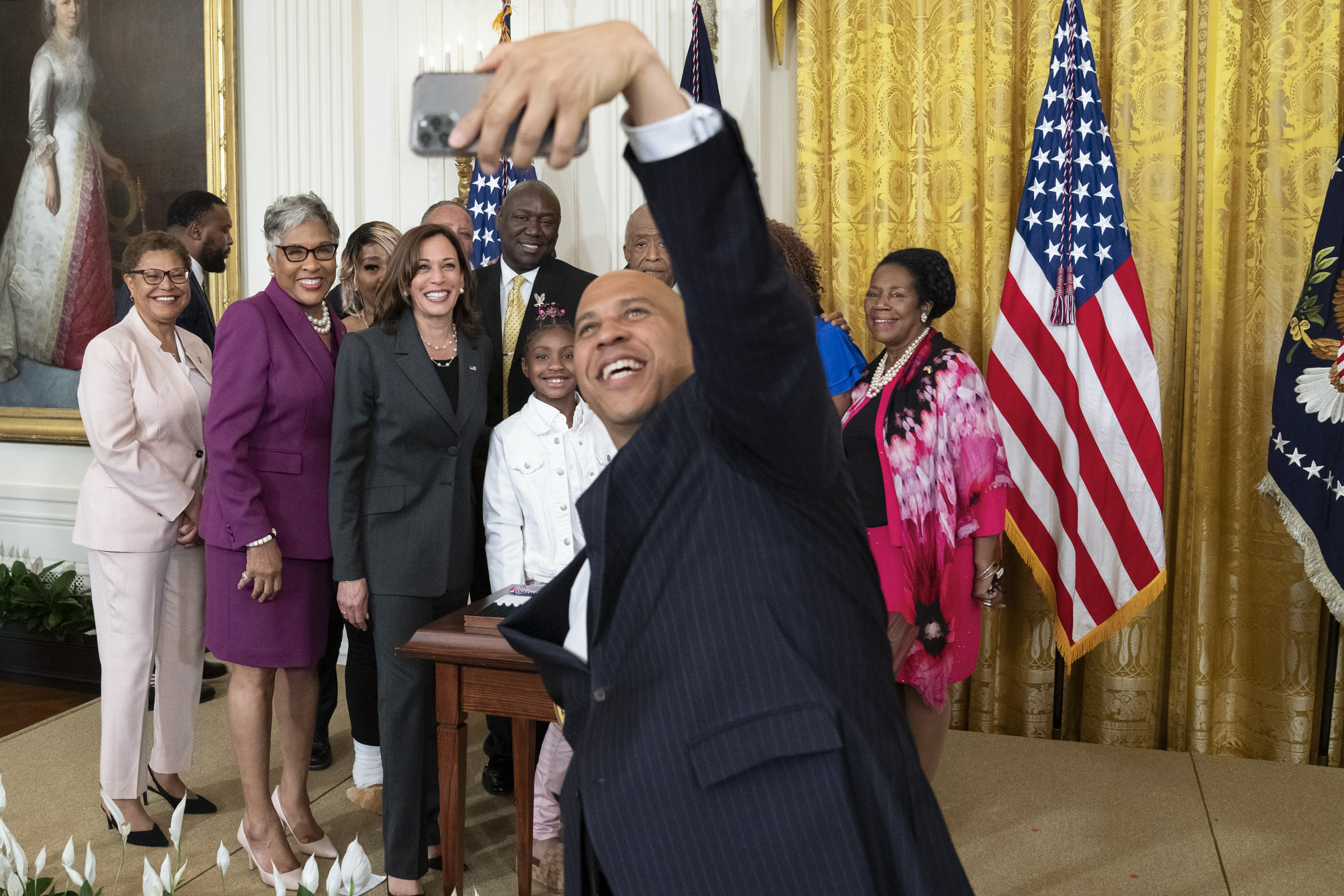