by thomas michaud
in World News
Reading Time: 5 mins read
A A
464
SHARES
1.8k
VIEWS
Share on FacebookShare on Twitter

The successful U.S. intelligence drone strike that killed longtime al Qaeda leader Ayman al-Zawahri at his Kabul safe house has reignited the debates over President Biden’s chaotic withdrawal from Afghanistan last year and whether the country’s new Taliban leaders are honoring a pledge to rein in terrorist groups operating on Afghan soil.

Mr. Biden and administration officials say the death of one of the world’s most wanted terrorists underscores the withdrawal’s success because, despite widespread skepticism, U.S. intelligence operatives were able to track and take out al-Zawahri without any American troops on the ground.

Critics, including a number of Republican lawmakers, said al-Zawahri‘s ability to set up operations and evade capture for so long in Afghanistan’s capital highlights fears that the nation is reemerging as a haven for al Qaeda and other terrorist groups such as the Islamic State since the Taliban came to power last year.

“But al-Zawahri’s return to downtown Kabul further indicates that Afghanistan is again becoming a major thicket of terrorist activity following the president’s decision to withdraw U.S. forces,” Mr. McConnell said in a statement. “Killing al-Zawahri is a success, but the underlying resurgence of al Qaeda terrorists into Afghanistan is a growing threat that was foreseeable and avoidable. The administration needs a comprehensive plan to rebuild our capacity to combat it.”

For years, al-Zawahri topped the FBI’s most wanted list and the State Department offered a $25 million reward for information that led to his capture. He was one of the masterminds of the Sept. 11, 2001, terrorist attacks and took over al Qaeda in 2011 after Osama bin Laden’s death.

The drone strike that killed al-Zawahri came nearly one year after U.S. and allied troops hastily withdrew from Afghanistan as the U.S.-backed government collapsed in the face of a Taliban offensive. The resulting chaos and casualties not only ended two decades of U.S. military involvement in Afghanistan but also sent Mr. Biden’s poll numbers on a descent that the White House has been unable to reverse.

Exacerbated by inflation and other economic woes, Mr. Biden’s approval ratings remain at their lowest levels since he was sworn into office in January 2021.

The death of al-Zawahri is a badly needed foreign policy win for Mr. Biden, whose flagging fortunes are starting to reverse after last week’s Senate breakthrough on his climate and spending bill. It also strengthens his claims that America can still wage counterterrorist operations in Afghanistan after the restoration of Taliban rule.

“This is a particularly notable accomplishment for President Biden, who decided to withdraw remaining U.S. forces and leave Afghanistan to the Taliban, relying only on ‘over-the-horizon’ counterterrorism operations against al Qaeda,” said William F. Wechsler, senior director at Atlantic Council think tank, who acknowledged that he and many analysts doubted the far-range monitoring of terrorist threats was feasible.

“But [with al-Zawahri’s death], Biden and his team will go to sleep tonight with a deep sense of vindication and take a well-deserved victory lap,” Mr. Wechsler said.

SEE ALSO: U.S. hits Russia with new round of sanctions as Ukraine war grinds on

Al-Zawahri was killed Saturday night when a U.S. intelligence drone fired two Hellfire missiles at him as he stood on the balcony of an al Qaeda safe house in Kabul, a senior administration official said. He was the only one killed in the strike.

Intelligence operatives had been tracking the Egyptian-born al Qaeda leader since April, updating the president over the past three months.

Speaking about the strike Monday night, Mr. Biden doubled down on his belief that the U.S. could contain terrorism threats from Afghanistan without American combat boots in the country.

“I made a promise to the American people that we’d continue to conduct effective counterterrorism operations in Afghanistan and beyond,” Mr. Biden said. “We’ve done just that.”

Others say the attack raises as many questions as answers. Chief among them is how al-Zawahri was able to maintain a residence in a prominent Kabul neighborhood close to many official Afghan government buildings. They say it’s evidence that the Taliban have yet to follow through on pledges to curb terrorist groups on Afghan soil and that some factions of the Taliban government may have kept up ties with al Qaeda even after coming to power.

U.S.-led forces drove bin Laden, al-Zawahri and Taliban leaders from Kabul in the 2001 invasion in response to the Sept. 11 attacks. The terrorist leaders were said to be hiding in the lawless borders separating Afghanistan and Pakistan, and bin Laden was located and killed in a provincial Pakistani city.

“The Taliban’s Afghanistan is a sanctuary for al Qaeda,” said Katherine Zimmerman, a fellow at the American Enterprise Institute. “Zawahri clearly felt safer in the Taliban-run capital than in his old hideout.”

Administration officials pushed back on the idea that Afghanistan has become a staging ground for Islamic terrorist groups to plot attacks against the U.S.

“Ask the members of al Qaeda how safe they feel in Afghanistan right now,” White House national security spokesman John Kirby told reporters. “I think we proved … this weekend that it isn’t a safe haven and it isn’t going to be going forward.”

Still, the administration has released concerning evidence about al Qaeda’s presence in Afghanistan and indications that the Taliban are offering refuge to the terrorist organization that has waged attacks on the U.S.

White House National Security Adviser Jake Sullivan said Tuesday that members of the Haqqani Network, which the U.S. considers an Islamic terrorist group with strong ties to the Taliban, were aware that al-Zawahri was in Kabul. Mr. Sullivan said that even though al-Zawahri wasn’t involved in the day-to-day planning of attacks on the U.S., he continued to pose “a severe threat against the U.S.”

Mr. Sullivan told CBS News that the U.S. is communicating with the Taliban about their “obligation” not to allow al Qaeda to use Afghanistan as a base for plotting attacks.

The Doha Agreement signed by the Trump administration in February 2020 outlined the terms of the U.S. withdrawal from Afghanistan. In exchange for a phased pullout of foreign troops, the Taliban pledged not to attack American forces and not to allow al Qaeda or other terrorist groups to launch attacks from within the country.

The Taliban on Tuesday condemned the U.S. strike as “a clear violation” of the Doha deal. In response, the U.S. insisted that the Taliban’s harboring of al-Zawahri was also a violation of the agreement, thus justifying the strike.

Since the U.S. has vacated Afghanistan, al Qaeda leadership has been advising the Taliban, the United Nations Security Council said in a report released last month.

“The Taliban’s victory in Afghanistan has also buoyed the global al Qaeda network as local leaders use the Taliban’s road map to outlast the local counterterrorism forces,” Ms. Zimmerman said.

The U.N. report found that al Qaeda’s threat remained high in conflict-rich regions such as Afghanistan and its neighboring countries, though it also warned that the terrorist group could strike in a non-conflict area as well.

Al Qaeda has faced only limited interference from the Taliban, and some of its senior officials are providing advisory services to the Kabul government, the report said.

That same report concluded that ISIS-K, the Islamic State offshoot that carried out an attack last year near the Kabul International Airport that killed more than a dozen U.S. military personnel and more than 150 Afghan civilians, also has become increasingly active in Afghanistan. 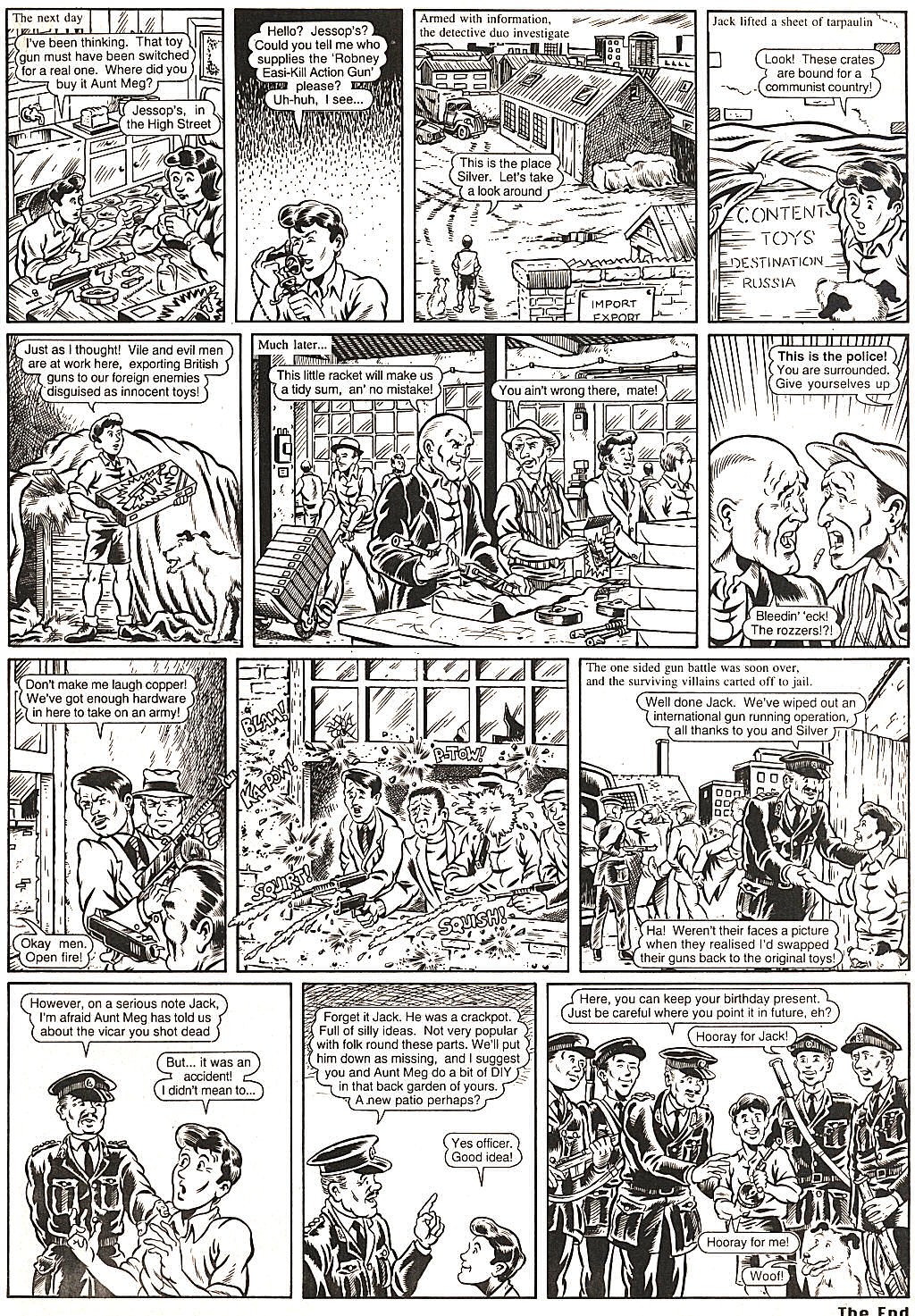