by diego michaud
in World News
Reading Time: 3 mins read
A A
464
SHARES
1.8k
VIEWS
Share on FacebookShare on Twitter

The United Nations Security Council will hold a meeting in New York under the agenda “Maintenance of peace and security of Ukraine” on June 28. The development comes after the Permanent Representative of Ukraine to the UN, Sergiy Kyslytsya, wrote a letter to Albania which is chairing the UN Security Council in June to hold a meeting on the deteriorating situation in Ukraine. In the letter, he has even requested the UN Secretary-General Antonio Guterres to participate and address the meeting regarding Ukraine, TASS reported.

Sergiy Kyslytsya in a tweet confirmed requesting UNSC to hold a meeting on Ukraine and called Russia a “terrorist state”. Permanent Representative of Ukraine to the UN, Sergiy Kyslytsya tweeted, “In light of the gravity of barbaric missile attacks by Russian terrorist state Ukraine has requested Security Council to hold a meeting under agenda item Maintenance peace & security of Ukraine. The fascist Russia & all responsible eventually will be punished.” In his letter to Albania, Sergiy Kyslytsya said that the urgency to hold the meeting comes due to the increase in rocket attacks, particularly with the attack on a shopping mall in Kremenchuk, as per the TASS report.

In light of gravity of barbaric missile attacks by russian terrorist state Ukraine has requested Security Council to hold a meeting under agenda item Maintenance peace & security of Ukraine. The fascist russia & all responsible eventually will be punished https://t.co/NPeyZmAiY0 pic.twitter.com/w5RrwRPNUj

Amidst the Moscow-Kyiv war, Russian forces attacked a shopping mall in Kremenchuk city of Ukraine on Monday, 27 June. The regional governor, Dmytro Lunin, said that at least 18 people died and more than 60 others were been injured in the attack, as per AP. Ukrainian President Volodymyr Zelenskyy said that more than 1,000 people and workers were present inside the shopping mall when the attack took place in Kremenchuk. He stated that many people who were present inside the shopping mall were able to escape.

Ukrainian President Volodymyr Zelenskyy termed the attack on a shopping mall in Kremenchuk as “one of the most defiant terrorist attacks” in Europe’s history. He said that the mall posed “no threat” to Russian forces and stressed that it had “no strategic value”. He accused Russian forces of sabotaging people’s attempts to lead a normal life. In his late-night video address on 27 June, Zelenskyy said that Russian forces have used around 2,800 cruise missiles against Ukraine. He further said, “The Russian state has become the largest terrorist organisation in the world,” stressing that “it is a fact”.

Meanwhile, Ukrainian Foreign Minister Dmytro Kuleba condemned the attack on the shopping mall in Kremenchuk. In a tweet, Dmytro Kuleba said, “Russia is a disgrace to humanity and it must face consequences.” He asserted that the attack must be responded to by providing more heavy arms for Ukraine and imposing sanctions against Russia. He further called on businesses to exit the Russian market. In another tweet, Kuleba accused Russian officials of spreading “insane conspiracy theories” and refusing to accept that the attack took place.

Sickening to see Russian reactions to the Kremenchuk shopping mall strike. Ordinary Russians cheer on social media. Russian diplomats and officials spread insane conspiracy theories, denying that the strike even happened. Russia is a country of murderers and patent liars.

Large shopping mall in Kremenchuk with hundreds of civilians inside has been hit by a Russian strike. Russia is a disgrace to humanity and it must face consequences. The response should be more heavy arms for Ukraine, more sanctions on Russia, and more businesses leaving Russia. pic.twitter.com/Uvi6fbyShK 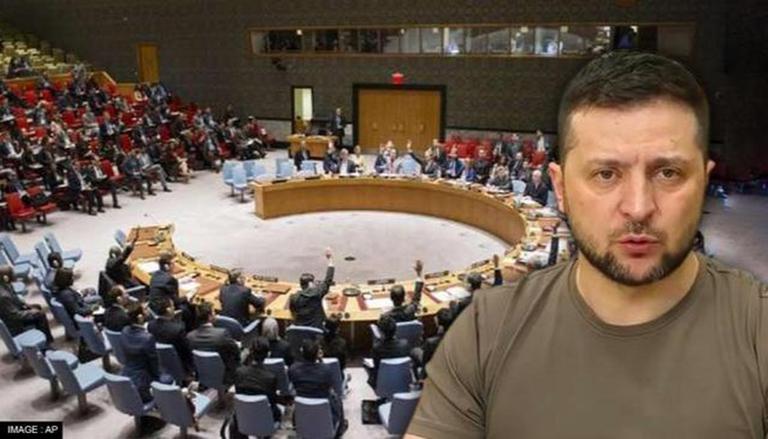 “Putin has become a terrorist”: Zelensky urges UN to expel

Woman made to cook and eat human flesh, Congo group

Woman made to cook and eat human flesh, Congo group