by rebecka mcnaught
in World News
Reading Time: 4 mins read
A A
464
SHARES
1.8k
VIEWS
Share on FacebookShare on Twitter

In a virtual address to the U.N. Security Council, Zelenskyy urged the U.N. to establish an international tribunal to investigate “the actions of Russian occupiers on Ukrainian soil” and to hold the country accountable.

“We need to act urgently to do everything to make Russia stop the killing spree,” Zelenskyy said, warning that otherwise Russia’s “terrorist activity” will spread to other European countries and Asia, singling out the Baltic states, Poland, Moldova and Kazakhstan.

In urging Russia’s ouster from the 193-member United Nations, Zelenskyy cited Article 6 of the U.N. Charter which states that a member “which has persistently violated the principles contained in the present Charter may be expelled from the organization by the General Assembly upon the recommendation of the Security Council.”

Russia’s expulsion, however, is virtually impossible. That’s because as a permanent council member Russia would be able to use its veto to block any attempt to oust it.

Ukraine called the council meeting after Russia’s recent upsurge in attacks including Monday’s fiery airstrike on a crowded shopping mall in the central city of Kremenchuk that Zelenskyy said killed at least 18 people and wounded 30 others. “Dozens are missing” and body fragments have been found including hands and feet, he said, adding that unfortunately there may be more victims.

The Ukrainian leader began his speech listing Russia’s attacks in recent days and giving the first names and ages of many of the victims. He ended his address asking the 15 Security Council members and others in the chamber to stand in silent tribute to commemorate the “tens of thousands” of Ukrainian children and adults killed in the war.

When he took the floor later, Polyansky protested against giving Zelenskyy a second opportunity to address the Security Council, a decision by Albanian which holds the council presidency this month.

Ukraine called the council meeting after Russia’s recent upsurge in attacks including Monday’s fiery airstrike on a crowded shopping mall in the central city of Kremenchuk that Zelenskyy said killed at least 18 people and wounded 30 others. Viacheslav Priadko via Associated Press

The Russian envoy said the Ukrainian president’s video address violated the council’s traditions and existing practices which state that leaders who wish to speak to the council must be present in the chamber.

“The U.N. Security Council should not be turned into a platform for a remote PR campaign from president Zelenskyy in order to get more weapons from participants at the NATO summit” starting Wednesday in Madrid, Polyansky said.

He claimed that there was no Russian strike on the shopping center in Kremenchuk, saying Russian precision weapons struck hangars in the Kremenchuk road machinery plant with weapons and ammunition from the United States and Europe destined for Ukrainian troops in eastern Donbass.

The Russian envoy told Western nations that by supplying weapons to Ukraine they were prolonging the time when Ukraine’s leaders “will sit down at the negotiating table with a realistic position rather than with slogans.”

“We began a special military operation in order to stop the shelling of Donbass by Ukraine and so that the territory of this country, which has been turned into anti-Russia at the behest of a number of Western countries, as well as its nationalist leadership, ceases to pose a threat to Russia or the inhabitants of the south and southeast of Ukraine,” he said. “And until those goals are achieved, our operation will continue.”

Britain’s U.N. Ambassador Barbara Woodward retorted that Russia “can try to claim that nothing is true and make outrageous claims of Ukrainian provocations” but the undeniable fact is that Russia invaded Ukraine.

“There is one aggressor here,” she said. “The evidence will catch up with them and there will be accountability for these crimes.”

Ambassador Zhang Jun of China, a close ally of Russia, called the conflict “a geopolitical crisis” with multi-faceted spillover effects and urged the international community to work together to create conditions for Russian-Ukrainian peace talks to end hostilities at an early date.

“Attempts to weaponize the world economy and to coerce other countries into taking sides will artificially divide the international community, and make the world even less secure,” Zhang warned. “Delaying and obstructing diplomatic negotiations for geopolitical purposes will only add fuel to the fire to intensify confrontation and magnify conflicts. Inevitably, it will end up hurting themselves.”

U.S. deputy ambassador Richard Mills, like many other Western ambassadors, accused Russia of destroying the shopping center, saying the attack “fits into a cruel pattern, one where the Russian military kills civilians and destroys civilian infrastructure in Ukraine.”

He stressed that there is ample publicly available evidence “that Russia, and Russia alone” is responsible for this and other attacks. 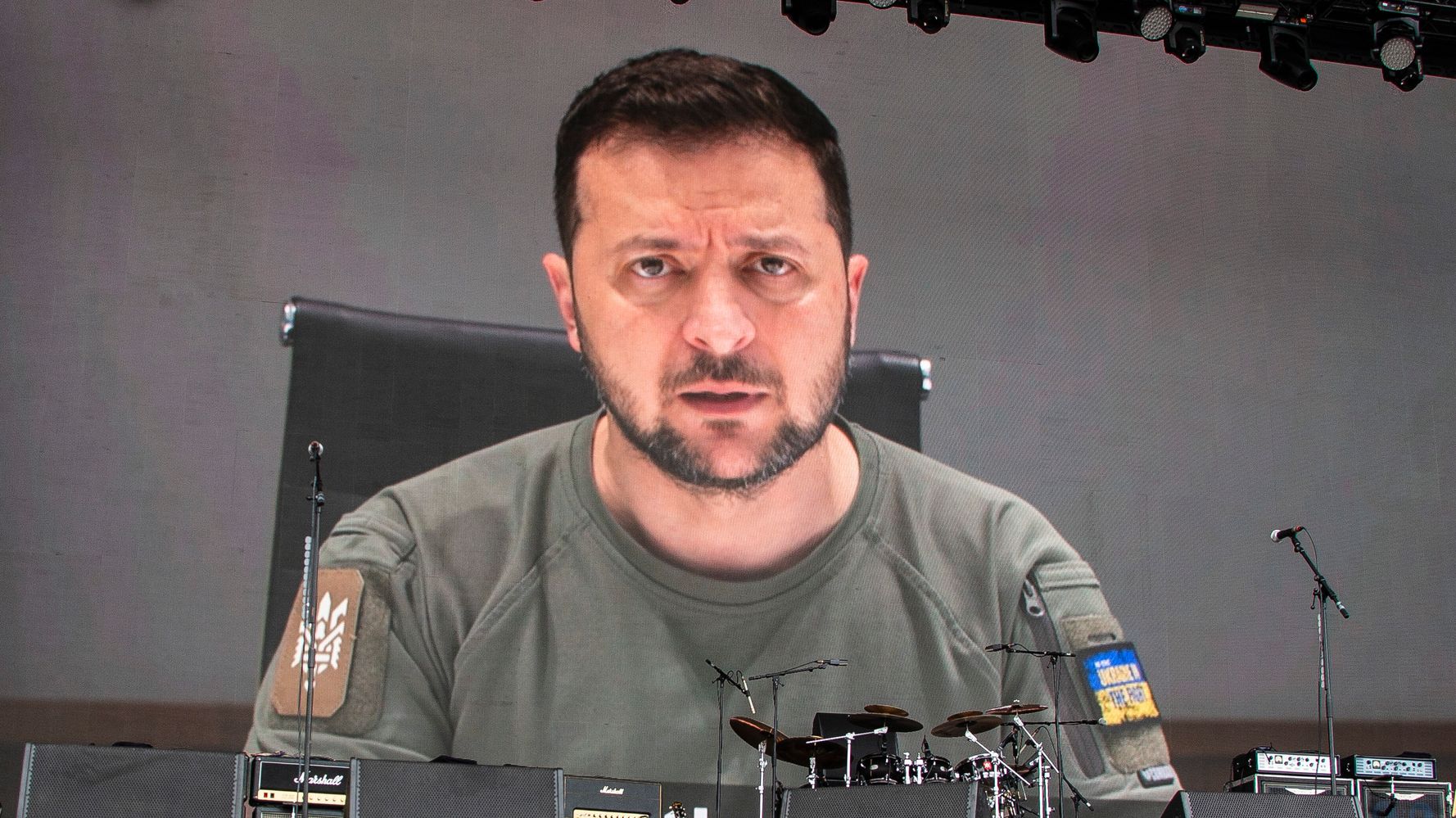