by reuters
in World News
Reading Time: 3 mins read
A A
464
SHARES
1.8k
VIEWS
Share on FacebookShare on Twitter

President Vladimir Putin on Sunday signed a new naval doctrine which cast the United States as Russia’s main rival and set out Russia’s global maritime ambitions for crucial areas such as the Arctic and in the Black Sea.

Speaking on Russia’s Navy Day in the former imperial capital of St. Petersburg founded by czar Peter the Great, Mr. Putin praised Peter for making Russia a great sea power and increasing the global standing of the Russian state.

After inspecting the navy, Mr. Putin made a short speech in which he promised that what he touted as Russia’s unique Zircon hypersonic cruise missiles, cautioning that Russia had the military clout to defeat any potential aggressors.

Shortly before the speech, he signed a new 55-page naval doctrine, which sets out the broad strategic aims of Russia’s navy, including its ambitions as a “great maritime power” which extend over the entire world.

The main threat to Russia, the doctrine says, is “the strategic policy of the USA to dominate the world’s oceans” and the movement of the NATO military alliance closer toward Russia’s borders.

Russia may use its military force appropriately to the situation in the world’s oceans should other soft powers, such as diplomatic and economic tools, be exhausted, the doctrine says, acknowledging that Russia does not have enough navy bases globally.

“Guided by this doctrine, the Russian Federation will firmly and resolutely defend its national interests in the world’s oceans, and having sufficient maritime power will guarantee their security and protection,” the document said.

Mr. Putin’s speech did not mention the conflict in Ukraine, but the military doctrine envisages a “comprehensive strengthening of Russia’s geopolitical position” in the Black and Azov seas.

Relations between Russia and the West have undergone deepening strain during the five months of the Ukraine conflict.

The doctrine also sets out the Arctic Ocean, which the United States has repeatedly said Russia is trying to militarize, as an area of particular importance for Russia.

Russia’s vast 37,650 km (23,400 mile) coastline, which stretches from the Sea of Japan to the White Sea, also includes the Black Sea and the Caspian Sea.

Mr. Putin said the delivery of Zircon hypersonic cruise missiles to the Admiral Gorshkov frigate would begin within months. The location of their deployment would depend on Russian interests, he said.

“The key thing here is the capability of the Russian navy … It is able to respond with lightning speed to all who decides to infringe on our sovereignty and freedom.”

Hypersonic weapons can travel at nine times the speed of sound, and Russia has conducted previous test-launches of the Zircon from warships and submarines over the past year. 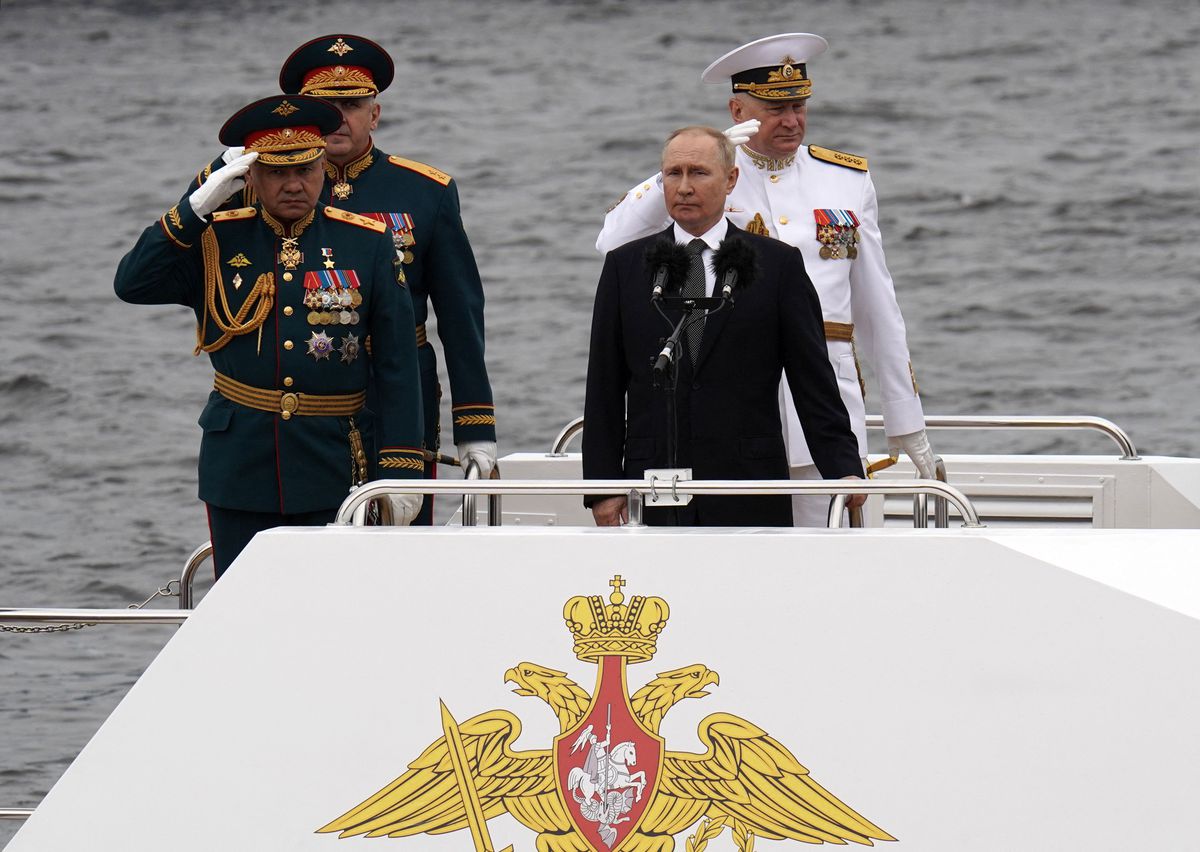