by julia shapero
in World News
Reading Time: 1 min read
A A
464
SHARES
1.8k
VIEWS
Share on FacebookShare on Twitter

House Speaker Nancy Pelosi (D-Calif.) did not include Taiwan in her official itinerary for the congressional delegation she is leading to Asia.

The big picture: President Joe Biden and military officials have warned against traveling to the island nation, as the Chinese government has threatened to take “strong and resolute measures” in response to such a trip.

While Taiwan was not included on the official itinerary, it does not necessarily preclude Pelosi from traveling there. The island nation would have been left out of the itinerary in any case due to security concerns.Driving the news: Pelosi announced on Sunday that she plans to travel to Singapore, Malaysia, South Korea and Japan on the congressional trip to “reaffirm America’s strong and unshakeable commitment to our allies and friends in the region.”

“It is my privilege as Speaker to lead this distinguished group of Members, which includes Chairs of Committees and Subcommittees of jurisdiction and champions of a strong U.S.-Asia Pacific partnership,” Pelosi said in a press release. “We look forward to productive meetings that will continue to inform Congress’s work to advance our values and interests and strengthen our partnerships in the region.”Background: The United States has maintained its ambiguous “One China Policy” for decades, neither accepting nor rejecting China’s claims on Taiwan.

Biden continues to insist the U.S. will defend Taiwan, even as China has warned that it would take control of the island by force if necessary 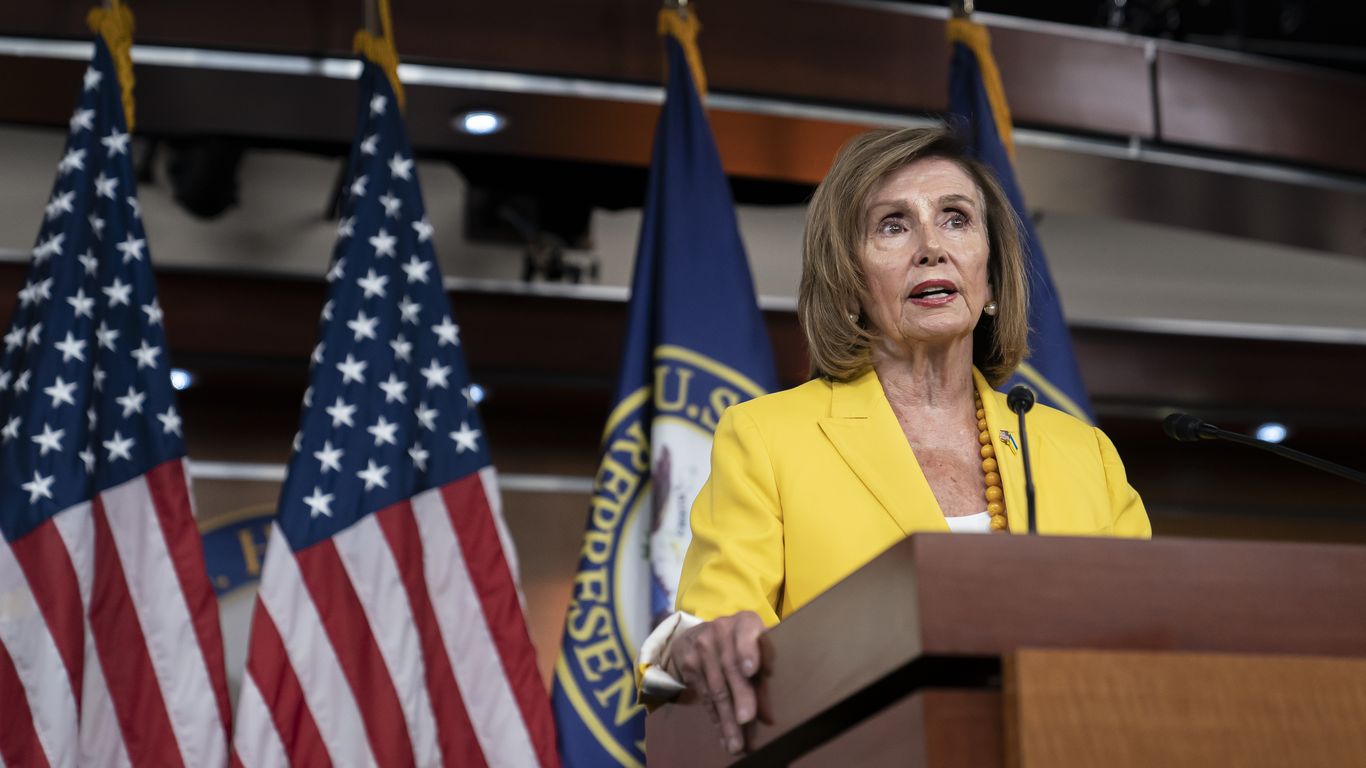 Biden confidant: “We are Reagan”

Doctor: Biden tests positive for COVID for 2nd day in a row

Doctor: Biden tests positive for COVID for 2nd day in a row