by Thomas Serna
in World News
Reading Time: 5 mins read
A A
464
SHARES
1.8k
VIEWS
Share on FacebookShare on Twitter

A motorist and an attendant converse at a petrol station in Bangkok. (Photo: Varuth Hirunyatheb)

State energy subsidies have assumed a prominent role in the Thai economy since the start of the Russia-Ukraine war in February.

While global oil prices remain high, the government’s efforts to slow down increases in the prices of diesel, liquefied petroleum gas (LPG) and electricity are now in the spotlight as businesses and households continue to worry about surging living costs.

One of Thailand’s first pandemic subsidies saw the authorities use funds to reduce power bills, part of its efforts to help people deal with the impact of Covid-19 in 2020. They will continue to subsidise electricity prices until at least the end of this month, following the global surge in oil prices which has been driven by the Russia-Ukraine conflict and Western sanctions.

In July, the board of state-owned oil and gas conglomerate PTT Plc decided to allocate 3 billion baht to the debt-ridden Oil Fuel Fund, following its months-long support of the diesel and LPG price subsidy programmes.

Its allocation, set to be made from July to September, came amid an ongoing debate over the government’s controversial plan to collect a windfall tax from oil refineries to inject more money into the fund.

The tax will be imposed on part of the oil refinery margin.

The issue of energy price hikes, which has led to higher Thai inflation, not only poses another obstacle to economic recovery but has also drained the country’s coffers at a time when the money is needed to deal with pandemic-induced economic woes.

When Thailand was first hit by Covid-19 in early 2020, the imposition of draconian lockdown measures cost the state power distribution agencies several billion baht when they were instructed to subsidise electricity.

Khomgrich Tantravanich, secretary-general of the Energy Regulatory Commission (ERC), said at the time that the authorities might need to seek loans as he foresaw huge spending to support the subsidy programmes.

The Electricity Generating Authority of Thailand (Egat) was also affected as MEA and PEA are its customers.

MEA and PEA refunded deposits from households and small businesses with a capacity of 5-15 amperes that were paid to the two agencies to connect to the state grid.

The deposit for an electricity meter costs between 300-2,000 baht.

Global oil prices were low before they began to increase in late 2021, but the government still had to spend a huge amount during the pandemic as it had been nursing the battered economy since 2020.

The government issued its first emergency loan decree in 2020 to authorise the borrowing of 1 trillion baht to fund its stimulus schemes.

A second decree was issued last year to allow the government to borrow an additional 500 billion baht.

After several years of huge spending to help people and businesses, Danucha Pichayanan, secretary-general of the National Economic and Social Development Council, said the government now has only limited fiscal space to boost the economy.

The government shouldered these heavy financial burdens even when global oil prices were at their lowest levels in 2020.

In April 2020 an oil price war broke out between Russia and Saudi Arabia. Oil prices tumbled when Saudi Arabia significantly hiked production to punish Russia for not agreeing to production cuts. The tug-of-war took place at the same time as the pandemic caused global oil demand to plummet.

In the first week of April 2020, the West Texas Intermediate benchmark dramatically fell below zero — to minus US$37.63 per barrel — due to weak oil demand and the failure of global oil producers to control production, resulting in an oversupply.

Since the surge in global oil prices late last year, the government has seen its Oil Fuel Fund run up losses of around 115 billion baht by subsidising diesel and LPG, a huge financial burden that caused an urgent need to slow down the outflow of funds.

The current size of the losses was released by the Oil Fuel Fund Office on July 25.

Pricier crude oil is partly a result of higher demand after countries eased lockdown measures and reopened their economies. Prices continued to soar and went beyond $100 a barrel after Russia invaded Ukraine, which led to sanctions on Russia’s exports of petroleum products by the US and its allies.

Lower Thai subsidies have not only increased the retail prices of diesel and LPG, which is used as cooking gas, but will also lead to higher electricity prices from September as Egat’s subsidy programme for power bills, which has cost it 80 billion baht, ends this month.

To relieve pressure on the Oil Fuel Fund, authorities have resorted to a diesel excise tax cut, although this measure will lower state revenue.

left  LNG is blamed for driving up electricity bills.

The Energy Ministry supplied the Finance Ministry with the necessary data for the latter to calculate how long the excise tax cut needed to continue, said Deputy Prime Minister and Energy Minister Supattanapong Punmeechaow.

The 5-baht-a-litre reduction in excise tax on diesel was scheduled to last until July 20, but the cabinet approved an extension of the cut for another two months, from July 21 to Sept 20, to mitigate the impact of high energy prices.

The three-baht cut has been enforced since Feb 18.

Kulit Sombatsiri, permanent secretary at the Energy Ministry, said the tax cut would help the government better deal with soaring oil prices amid a tight budget.

Budget constraints are also seen in the power sector as Egat has only limited resources to subsidise power bills.

Egat earlier agreed to spend 80 billion baht, or 0.24 baht per kilowatt-hour (unit), to subsidise the fuel tariff, or Ft, between May and August this year.

Ft, which is determined by fuel costs, is a key element in a power tariff which is used to calculate power bills.

Ft is usually adjusted every four months. The latest adjustment was made for the May-August period, with the Ft rising by 0.47 baht per unit, resulting in a power tariff of 4 baht per unit.

The next adjustment is for the September-December period, with the Ft expected to increase by 0.4 baht per unit.

The ERC expects the power tariff to soar to a record high of 4.4 baht per unit between September and December.

The higher power tariff results mainly from a need to import more liquefied natural gas (LNG), which is costly but currently serves as a key fuel for electricity generation.

Gas makes up around 60% of the fuel used to generate electricity in Thailand.

A decline in gas supplies from domestic sources in the Gulf of Thailand led authorities to import more LNG. 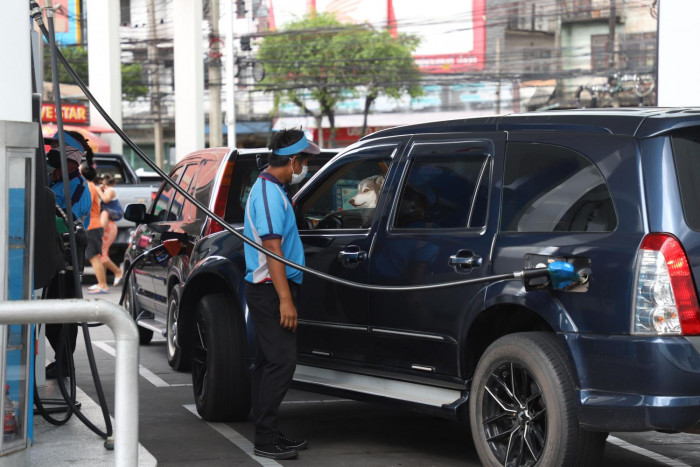