A pack of birth control pills in this illustration picture taken in Philadelphia on July 11, 2022. (Hannah Beier/Illustration/Reuters)

The Biden administration on Thursday warned businesses and health insurance providers that limiting coverage of contraceptives, after a Supreme Court ruling that overturned Roe v. Wade, would violate federal law.

HHS, joined by the Department of Labor, said it has seen an increase in complaints from women who have been denied coverage for different forms of birth control since the Supreme Court’s June ruling.

“It is critical that we ensure birth control is accessible nationwide and that employers and insurers follow the law and provide coverage for it with no additional cost,” HHS Secretary Xavier Becerra said in a statement.

The Supreme Court last month overturned its landmark 1973 decision in Roe v. Wade, which legalized abortion in the country.

About half of U.S. states have banned or limited or are expected to ban or curtail abortions as a result of the ruling, and some may also move to restrict access to birth control.

HHS in the guidance issued on Thursday said insurance providers must continue providing coverage for contraceptives even in states that ban them.

The Supreme Court in 1965 said married couples have a constitutional right to buy and use contraceptives, and extended that to unmarried people in a 1972 decision. 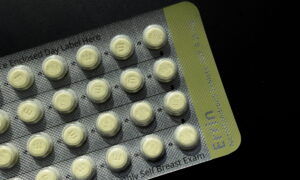 Brazil triumphs again, but Copa America Femenina is getting stronger