by daniel adeyemi
in Africa News
Reading Time: 5 mins read
A A
464
SHARES
1.8k
VIEWS
Share on FacebookShare on Twitter

In the summer of 2021, when Techstars global CEO Maëlle Gavet and her team at the global accelerator Techstars were finalising their plans to expand internationally, Africa was top on their list.

Despite running acceleration programmes in North and South America, Europe, the Middle East, and Asia, Techstars didn’t have a physical presence in Africa. African founders had to apply to programmes in other locations—with the Toronto programme accepting more African startups recently.

Less than a year later, in April 2022 Techstars announced the launch of the ARM Labs Lagos Techstars Accelerator Program focused on helping fintech and proptech startups with products that serve an African audience.

The announcement signified a break from the 5-year hiatus the accelerator with over $500 million assets under management (AUM) had taken in Africa. Techstars earlier ran an accelerator programme in South Africa from 2016 to 2017, in partnership with Barclays Bank where they invested in 21 startups, out of which 3 have been acquired, 5 have gone out of business, and 13 are still running.

Five years is a long time—which raises the question: what changed?

“We identified Africa in general and Nigeria in particular as a key market we wanted to be in,” Gavet explained to TechCabal over a chat at Eko Hotels & Suites. “We really want to become part of an ecosystem rather than act like we know better from afar. We believe there are hundreds, if not thousands of entrepreneurs here in Lagos that could be great investments.”

French-born Gavet joined Techstars in January 2021 after successful stints as chief operating officer of Compass, the largest real estate company in the US, and executive vice president of global operations of The Priceline Group, parent company of several travel fare aggregators such as Bookings.com, Agoda.com, and Kayak.com.

Within her first 18 months at Techstars, Gavet and her team have expanded Techstars accelerator programme to new cities: Paris, Stockholm, and Lagos. Techstars also launched 2 initiatives to invest in underrepresented founders: its $80 million fund raised through JP Morgan and a $8 million Rising Star pre-seed pre-accelerator fund.

Founded in 2006 in Colorado, US, by David Cohen, Brad Feld, David Brown, and Jared Polis, initially, Techstars invested between $6,000 and $18,000 in early-stage companies, providing entrepreneurs with mentorship during a 3-month accelerator program.

Over the years this approach has evolved. Unlike perhaps its closest competitor, Y Combinator which runs one massive batch per time, Techstars has gone a different route: it has dozens of dedicated programmes all over the world, ranging from Tel Aviv to Lagos to Riyadh. This approach has afforded Techstars the opportunity to invest in a wider range of startups and provide better support for its portfolio company.

The new Techstars programme in Lagos will run for 3 years, featuring 3 batches. Each batch will feature a minimum of 12 companies, meaning at the end of the programme, it’s expected that Techstars will invest in at least 36 companies. Applications are currently open until August 24.

Despite the rise of other accelerators and early-stage funds, Gavet believes that 3 things set Techstars apart from the rest: capital, support services and community.

“We believe capital is very important because there’re also accelerators or incubators that don’t give you money and the reality is money does matter,“ Gavet said. “We want to give founders the peace of mind that they’re getting the same deal that everybody else is getting.”

Gavet emphasised that Techstars is expected to make a little over 600 investments in startups all around the world this year, and every single one of them will have the same standard deal terms.

After the startups graduate from the accelerator programme, they’ll have needs such as finding the right talent and marketing. It’s here that the support services come in.

“We found that especially early-stage founders need a lot more than just capital,” Gavet said. “Honestly, capital is not the key differentiator between a successful startup and a non-successful startup that early on.”

All startups that have passed through the Techstars accelerator programme join the Techstars community, where they can interact with over 2,900 companies with a combined market capitalisation of $71 billion. Notable Techstars alumni startups include Zipline, Digital Ocean, and SendGrid. Techstars has invested in 20 Nigerian startups such as Klasha, OnePipe, and MAX,  since 2015.

“We have founders who graduated 10 years ago, and still come to the alumni reunion, and still leverage the network when they have questions, challenges and opportunities,” Gavet said.

As a 2-time entrepreneur, Gavet highlighted the importance of Techstars offerings while drawing parallels with her journey.

“I wish this type of programme existed as a founder a long time ago. When I was 16 and even 25 accelerators didn’t exist,” Gavet said.

“Many years ago, as an entrepreneur, finding capital was incredibly hard, having the right mentors was impossible, because my parents had no connections, so it was just not possible for them to open any door for me. Frankly, I needed people to help me avoid mistakes and services, and there was none like that.”

Gavet, who was in Lagos to meet with entrepreneurs, is heading next to Kenya for a visit and discussion with potential partners. She also mentioned that Techstars is also looking at Ghana and South Africa.

In the past few months, the venture capital investment space has relaxed its pace of funding startups due to the global economic downturn. Gavet believes that this trend isn’t because investors’ funds have been depleted because the venture capital industry has raised billions of dollars in the last 2 years that haven’t been deployed yet.

“A lot of the VCs that we know are basically telling us, we believe that valuation will be much better in 6 months, and so we’re just waiting.”

What this means for many entrepreneurs is that investors are pickier, investing in only more attractive startups right now.

In line with this reality, Techstars’ advice to its portfolio companies who can’t raise funds right away is to reduce their operation costs and wait out the current phase.

“We’re in this period where everybody’s looking at everyone for who’s going to take the first move. We fully expect that there’s going to be waves of down rounds later this year and early next year.” 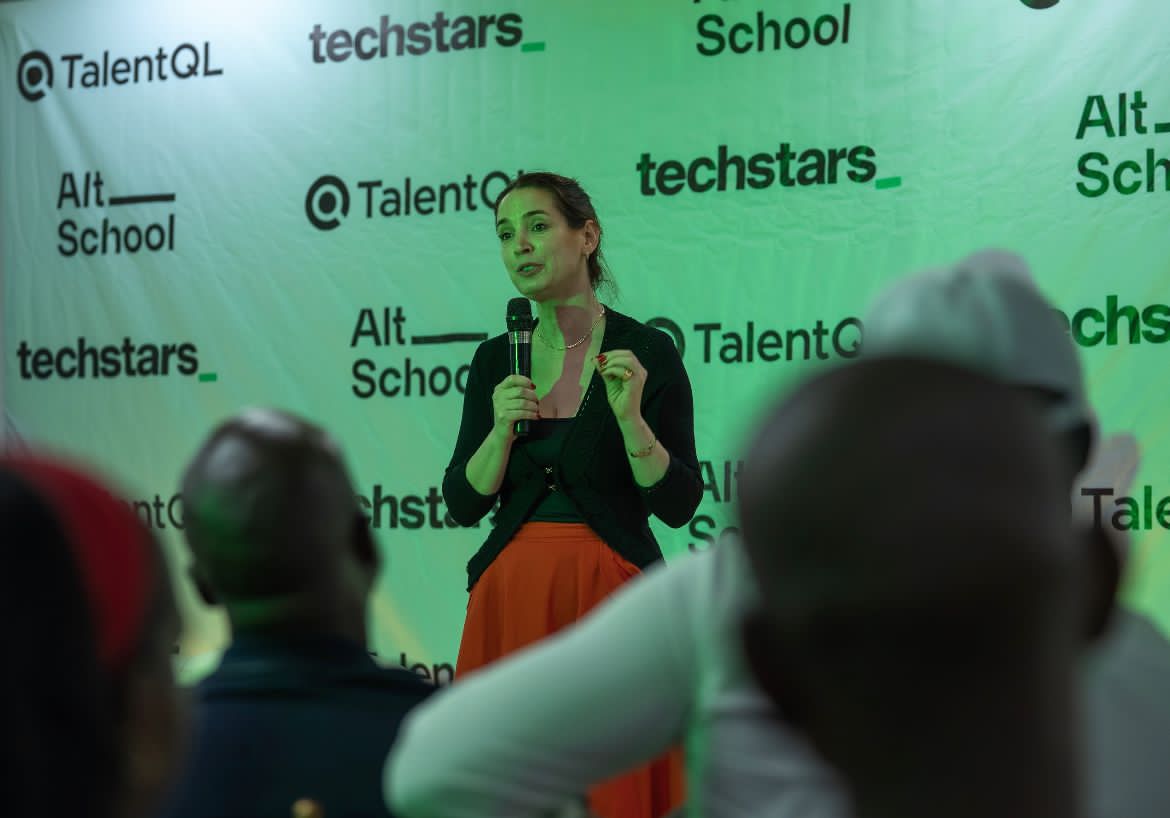