by xander landen
in World News
Reading Time: 2 mins read
A A
464
SHARES
1.8k
VIEWS
Share on FacebookShare on Twitter

Exiled Russian oligarch Leonid Nevzlin said in an interview published on Saturday that Russian President Vladimir Putin doesn’t want to annex Ukraine, but to “destroy it” instead.

Nevzlin’s comments came in an interview with The Times of Israel, in which the former vice president of the oil company, Yukos, which was broken up by the Russian government in the early 2000s, said that, at first, Putin “was aiming for the renewal of the Soviet model and the annexation of Ukraine, Moldova and Belarus to Russia.” But now, “everything has changed.”

“Putin is trying to destroy Ukraine. We understand it from this unbearable violence and the horrific nature of this war,” Nevzlin told the online newspaper. “He destroys Russian-speaking cities, he destroys human beings. This is his way to take revenge—against Ukraine and against [Ukrainian President Volodymyr] Zelensky. He slaughters Ukrainians and destroys the infrastructure. Anyone involved in the restoration work will have to clear the rubble and build from scratch.”

Exiled Russian oligarch Leonid Nevzlin said in an interview published on Saturday that Russian President Vladimir Putin doesn’t want to annex Ukraine, but to “destroy it” instead. Above, Putin is seen on July 20 in Moscow.
Contributor
The exiled oligarch said that there were “rumors” that Putin initially sought to divide assets in Ukraine, but said that if “that were the case, he wouldn’t have destroyed” the Azovstal steel plant, but instead “would have taken it over in order to later pass it on to his associates.”

The plant was the site of the last holdout against Russian forces in the Ukrainian port city of Mariupol this spring. Footage of the plant that was taken after Ukrainian fighters surrendered showed it severely damaged with debris strewn across the ground.

“Did you see the field in Donbas that was sown with bombs and explosives? That’s his vision for Ukraine. The war will go on for a long time,” Nevzlin added, who fled Russia for Israel in 2003 as several of his colleagues were arrested by Russian officials.

In March, in the wake of the invasion of Ukraine, the exiled oligarch renounced his Russian citizenship.

Newsweek has reached out to the Russian Foreign Ministry for comment.

Last month, another exiled oligarch, billionaire Mikhail Khodorkovsky, said that Putin is heading toward his downfall with his invasion.

“If he wins now in Ukraine, he will, because of domestic problems, start a war with NATO. And eventually he will lose that war,” Khodorkovsky told the Financial Times. “Had it not been for so many casualties, I would have said that I’m actually quite happy, because he has embarked on a route that is going to lead to his demise. But this specific victory in Ukraine depends entirely on the West.” 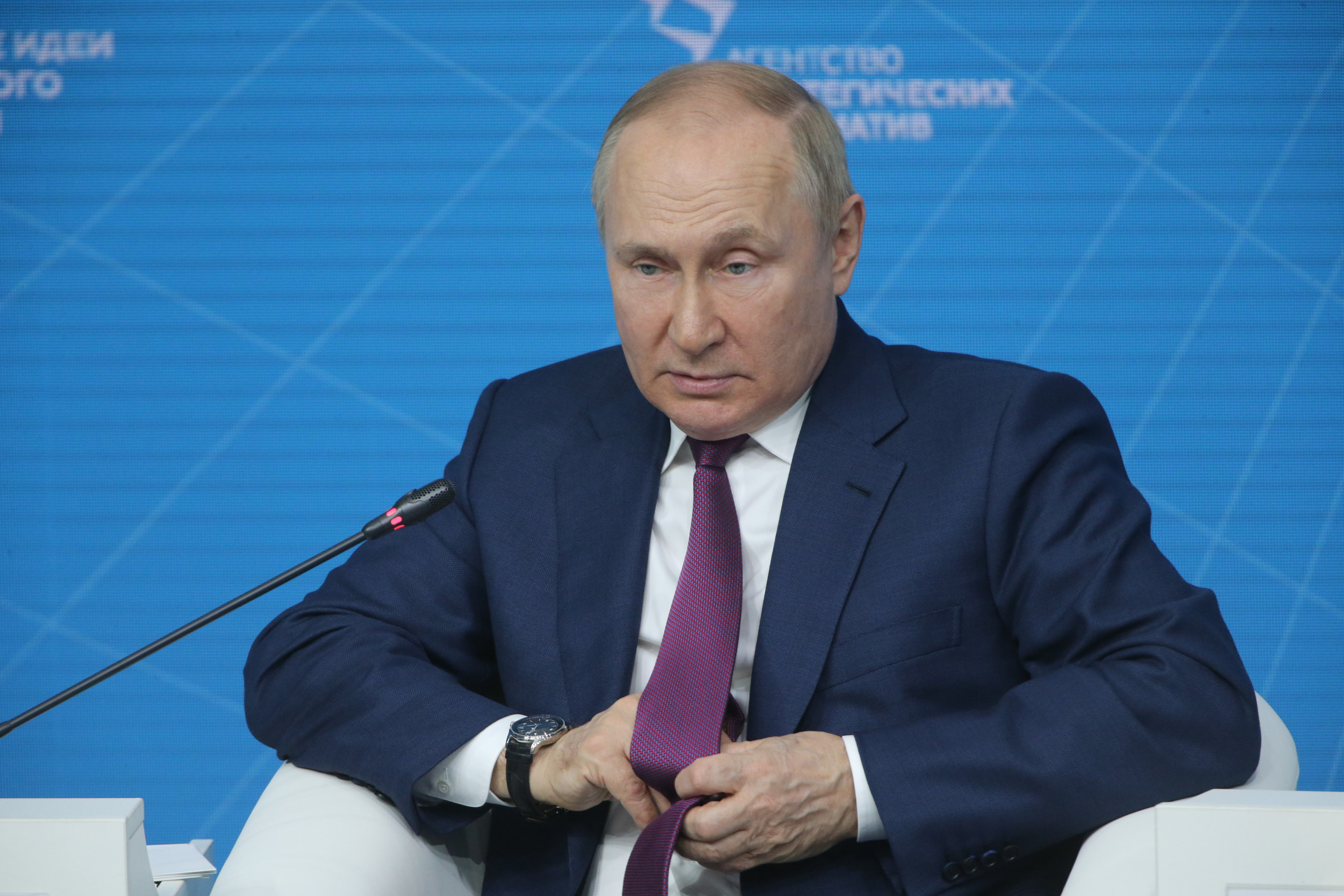 Putin Regime at ‘Beginning of the End’: Russia Expert