by jake thomas
in World News
Reading Time: 2 mins read
A A
464
SHARES
1.8k
VIEWS
Share on FacebookShare on Twitter

The Institute for the Study of War (ISW) described in a report Thursday the unusual efforts taken by the Russian military to shore up its personnel as its invasion of Ukraine drags on. The assessment is the latest to present an increasingly desperate picture of Russia’s military personnel, which have been described recently as worn-out after sustaining heavy losses during the war.

Drawing on Ukrainian intelligence, the ISW report found that Russian military leaders have begun what it calls the “widespread” practice of promoting non-commissioned officers to the rank of junior lieutenant without meeting education or experience requirements.

A U.S. think tank’s report finds Russia’s military is promoting unqualified soldiers to leadership positions and is taking other unusual steps to account for losses in Ukraine. Above, Russian President Vladimir Putin attends a wreath-laying ceremony at the Tomb of the Unknown Soldier in the Alexandrovsky Garden near the Kremlin Wall in Moscow on June 22, 2022.
MAXIM SHIPENKOV/Getty Images
Additionally, the ISW report says that Russian military officials are forming “specialized medical commissions to identify service members who are faking illnesses to get out of service requirements.”

Seeking to replenish its ranks, Russia has been reaching to its far eastern regions, such as Yakutia and the Sakha Republic, according to the ISW report. However, the report, citing Ukrainian intelligence, says that service members drawn from these areas “are reluctant to participate in the war in Ukraine partially due to the fact that these volunteer units are not formed on a professional basis.”

The ISW published research Wednesday finding that Russian forces can apparently only manage two significant operations in Ukraine. Both are currently being waged against the eastern Ukrainian cities of Siversk and Bakhmut.

“The Russian offensive, therefore, remains likely to culminate before seizing any other major urban areas in Ukraine,” ISW researchers said in a statement.

The report comes a day after Representative Elissa Slotkin, citing U.S. intelligence, told CNN that more than 75,000 Russian soldiers had been wounded or killed. Ukrainian President Volodymyr Zelensky proclaimed in a national speech earlier this week that nearly 40,000 Russian service members had died or been injured in the conflict.

If confirmed, either figure would represent staggering losses for Russia. In comparison, the U.S. saw just over 4,400 deaths of service members in its invasion of Iraq in 2003 through 2010, according to Pentagon figures.

General Stephen Townsend, commander of the United States Africa Command, said during a press briefing Tuesday that the Wagner Group, a Russian mercenary organization aligned with the Kremlin, has begun drawing down its operatives in Libya and moving them to Ukraine.

The Kremlin has released few figures on military personnel losses since launching its invasion of Ukraine on February 24 and has more recently downplayed that it is suffering casualties.

Newsweek has reached out to the Russian government for comment. 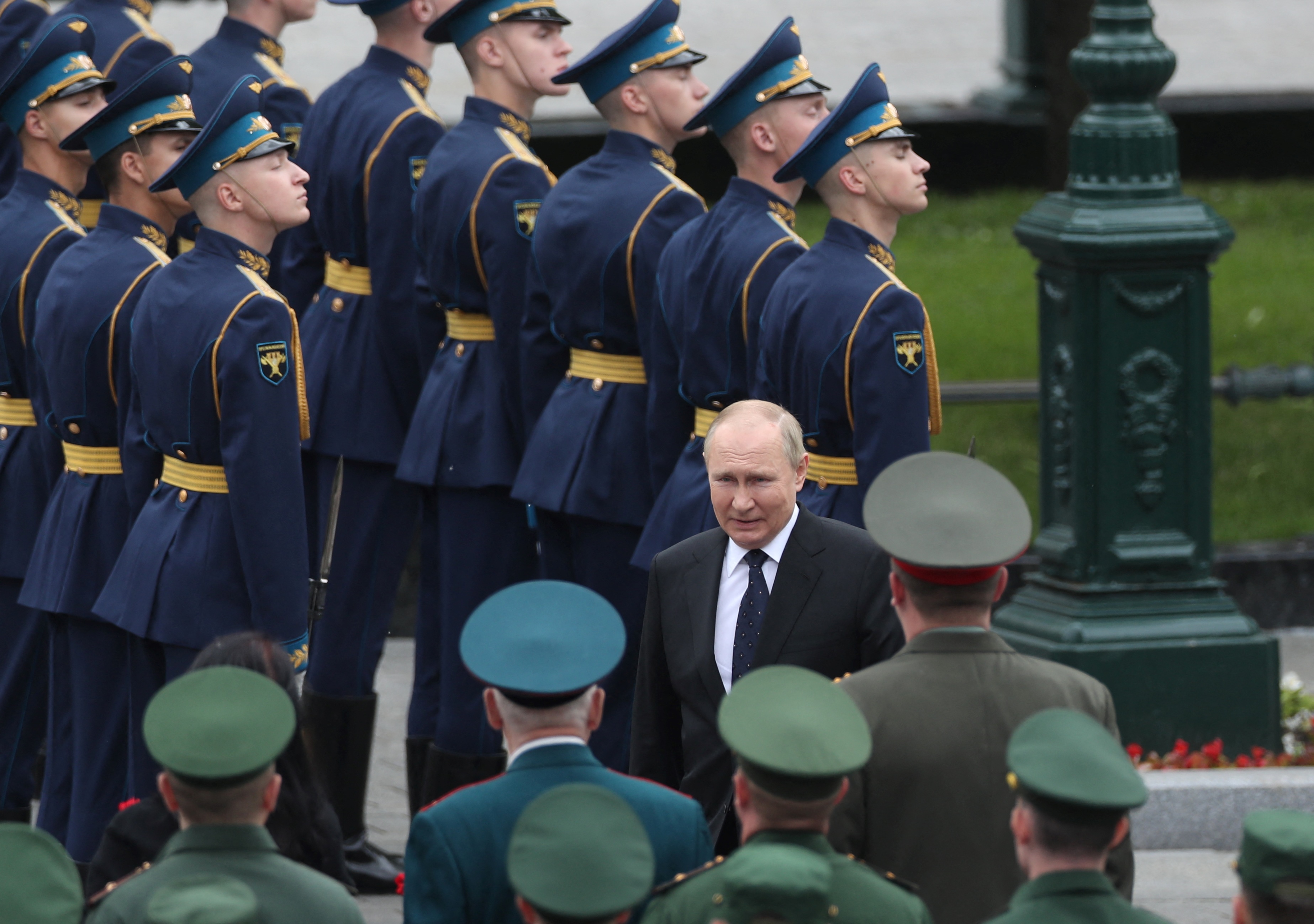 To free 2 Americans in Russia, the U.S. may have to trade a notorious arms smuggler

To free 2 Americans in Russia, the U.S. may have to trade a notorious arms smuggler