by camellia lanz
in COVID-19
Reading Time: 3 mins read
A A
464
SHARES
1.8k
VIEWS
Share on FacebookShare on Twitter

Deaths linked to Covid have hit 41 in today’s update, with 7605 new community cases of the virus reported.

A total of 799 people are in hospital with the virus, including 25 patients in ICU.

There is now a total of 1479 deaths confirmed as attributable to Covid, either as the underlying cause of death or as a contributing factor, the Ministry of Health said in today’s update.

The average increase in deaths each day attributable to Covid, over the past seven days, is now 18.

There are currently 53,301 active Covid cases in this country.

The seven-day rolling average of community case numbers today is 7618 – this time last week it was 8915.

The average age of current Covid hospitalisations is 64.

Of the 7605 new cases reported today, 313 had recently travelled overseas.

Today’s update comes as departing pandemic health boss Ashley Bloomfield issued one last warning to “not let up now” as he thanked Kiwis for their efforts against Covid-19.

Today marks the final day in the office for the outgoing director general of health, who is stepping away from his top public servant job.

This week, the country’s top doctor gave his 307th Covid update since the start of the pandemic in March 2020, sharing heartening news that case rates in the second Omicron wave were trending down and the worst fears of earlier modelling would not likely eventuate.

And this morning he made one final appearance on social media to thank everyone and urge people to keep up the great work against the virus.

“Kia ora New Zealand. As I finish up in the role of director general I wanted to take a moment to thank you so much for all the hard work you’ve put in over the past two-and-a-half years as part of New Zealand’s response to the pandemic.

“We’ve been successful because we did it as a team.

“But don’t let up now. Keep up the great work. We’re not, as I say, out of the woods yet but we can always see a path through the woods.

“We’ve forged our own path – let’s keep doing it.”

Yesterday there were 7627 new community cases and 827 people in hospital with the virus, including 24 in intensive care.

There were a further 38 deaths, bringing the tally of people who had died with Covid to 138 since Monday.

The seven-day rolling average of deaths is now 18.

Meanwhile, the seven-day rolling average of community cases was now sitting at 7776, down from 9161 at the same time last week.

In his update earlier this week, Bloomfield said Covid hospitalisation rates continued to stay steady or increase. While there was a chance they could still rise to over 1000, the revised peak was 850, which we came close to last weekend.

After 25 years in the health service, Bloomfield has called time on his job, leading a health response to a potentially deadly virus that he maintains saved tens of thousands of lives.

Staff form a guard of honour for Dr Ashley Bloomfield as he leaves his last Covid-19 response update press conference. Photo / Mark MitchellWhile his term was due to end in June 2023, the health boss is now looking forward to taking a break from a “relentless” work life.

“Those first two or three months were really probably the most stressful time because things were evolving so quickly, and we just didn’t know where it was going to go,” Bloomfield told the Herald.

Director-General of Health Dr Ashley Bloomfield during his final Covid-19 response update at the Ministry of Health in Wellington. Photo / Mark Mitchell”The moments of waking up at three in the morning in a cold sweat, night after night, dreaming about Covid, and just really wondering where this was going.”

Bloomfield remains quiet on his next steps, revealing only he is looking forward to a “good break planned on the home front”.

As with many after a “tough” few years, he said it was important to “decompress, get my cortisol levels down again”. 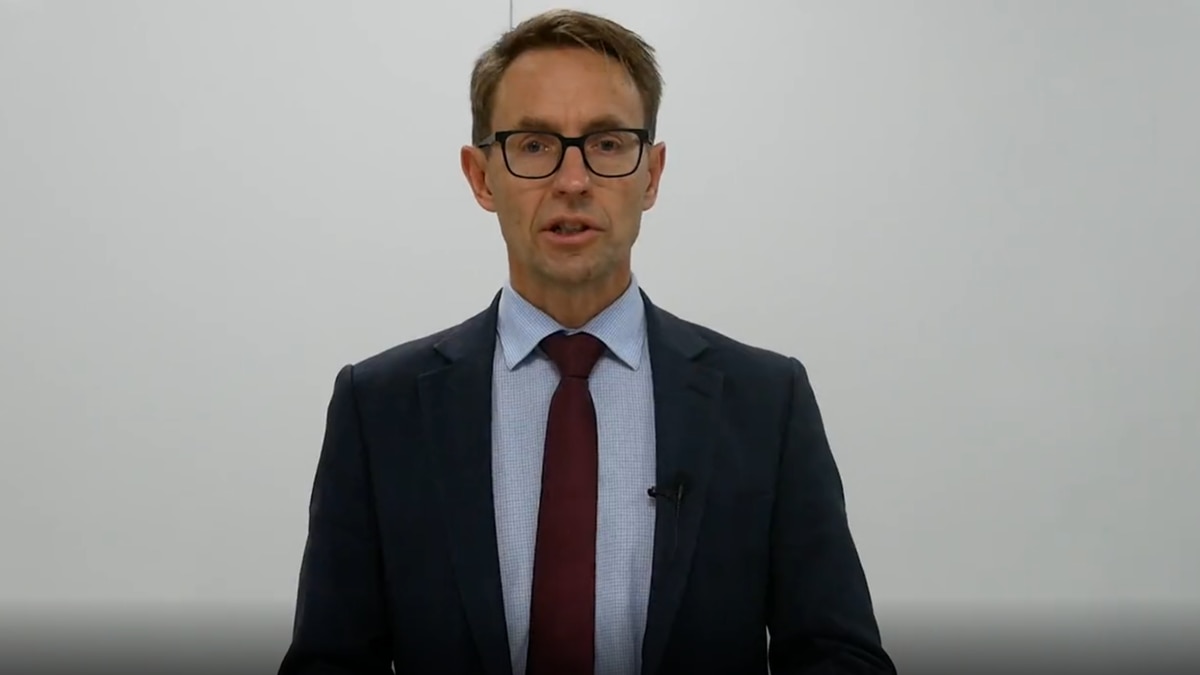 Coronavirus: New sign of Omicron’s BA.5 subvariant in those vaccinated or boosted; can be ‘extremely painful’

Meet Copia’s new board member Buhle Goslar: a fintech CEO aiming to make an impact in an e-commerce startup

‘Spread of Omicron sub-variant may push up cases’

A professor of respiratory medicine said on Sunday that the prospects for Hong Kong's coronavirus situation depend greatly on the...

Gain a global perspective on the US and go beyond with curated news and analysis from 600 journalists in 50+...

ICMR detects monkeypox virus strain A.2 among UAE travellers. What does it mean?

According to Indian Council of Medical Research(ICMR), two monkeypox cases were detected among travellers returning from the UAE. The travellers...

Monkeypox: How sexual behaviour can affect chances of infection? Here’s what experts say

by university of edinburgh

READ | Is back pain bothering you? Here’s how you can resolve the suffering Dr Rajeev Jayadevan, Co-Chairman, national Covid-19 task...

Meet Copia’s new board member Buhle Goslar: a fintech CEO aiming to make an impact in an e-commerce startup