by vusi.bafetane
in Africa News
Reading Time: 2 mins read
A A
464
SHARES
1.8k
VIEWS
Share on FacebookShare on Twitter

PRETORIA – President Cyril Ramaphosa rolled out the red carpet for Banyana Banyana on Wednesday, saying they deserved to be paid as much as their male counterparts after they won their first Africa Cup of Nations.

South Africa beat tournament hosts Morocco 2-1 in the final on Saturday in Rabat, thanks to a double from striker Hildah Magaia.

It was the first continental title for Banyana Banyana after five final defeats.

The victory has sparked a public debate around equal pay in the country, after it was reported the players would receive less money in prize bonuses than their male colleagues did for reaching the quarter-finals of the men’s tournament in 2019.

“Our hearts are filled with pride. They are bursting at the seams with a great deal of joy,” Ramaphosa said during a reception at the government’s Union Buildings in the capital.

“You deserve equal pay for equal work that you do,” he told the players, urging the country’s ministers of finance and sports to up the bonus.

“We need to give added remuneration to these young women who have made our country so proud. But having done so, we must then make sure that we eliminate the whole process of unequal pay out of our system.”

The team were met by jubilant fans as they landed back in Johannesburg on Tuesday.

Ramaphosa said the country should outlaw pay discrimination and embark on a programme to bridge the gender pay gap. 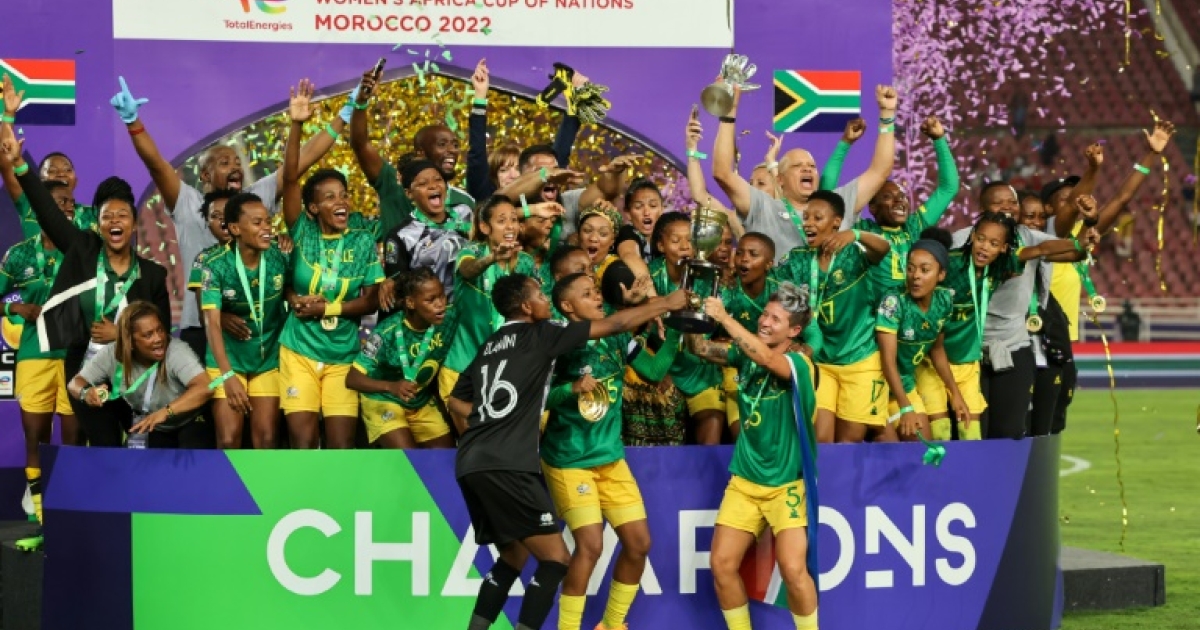