by neil irwin
in World News
Reading Time: 2 mins read
A A
464
SHARES
1.8k
VIEWS
Share on FacebookShare on Twitter

The United States is probably not in recession right now. We hope not to fall into one, but it could happen. Either way, don’t look to your friendly neighborhood central bank to make the call.

That, in a nutshell, was Federal Reserve Chair Jerome Powell’s message about the hot economic topic of the moment, as he faced the media following a decision to raise interest rates another 0.75 percentage points.Driving the news: Second quarter growth numbers due out at 8:30 this morning could show a second straight quarter of contraction — a common, though unofficial, rule of thumb for defining recession.

The White House has been pushing back for days against suggestions that the U..S. is about to find out it’s in a recession. Wednesday, under media questioning, it was Powell’s turn.”I do not think the U.S. is currently in recession,” Powell said in response to a question from Axios.

He noted that 2.7 million jobs have been added so far this year, and said he takes the initial release of quarterly GDP data — the figures coming out this morning — with a “grain of salt” because they often are heavily revised.Between the lines: That is pretty much what most professional economists would say if asked to assess where things stand right now. Powell was more ambiguous about what the future might look like.

He didn’t say a recession can be ruled out. “We’re not trying to have a recession, and we don’t think we have to,” Powell said — not exactly the tone of someone who thinks a recession is a no-way, no-how proposition.

He said he does see a path for bringing down inflation without completely cratering the job market.”That’s what we’re trying to achieve and we continue to think there’s a path to that. We know that path has clearly narrowed… and it may narrow further.”But Powell tried not to get baited into what exactly would cause this economic events to get classified as a recession. “We don’t say, ‘there is now a recession,'” he said. “That’s not something we would do.” 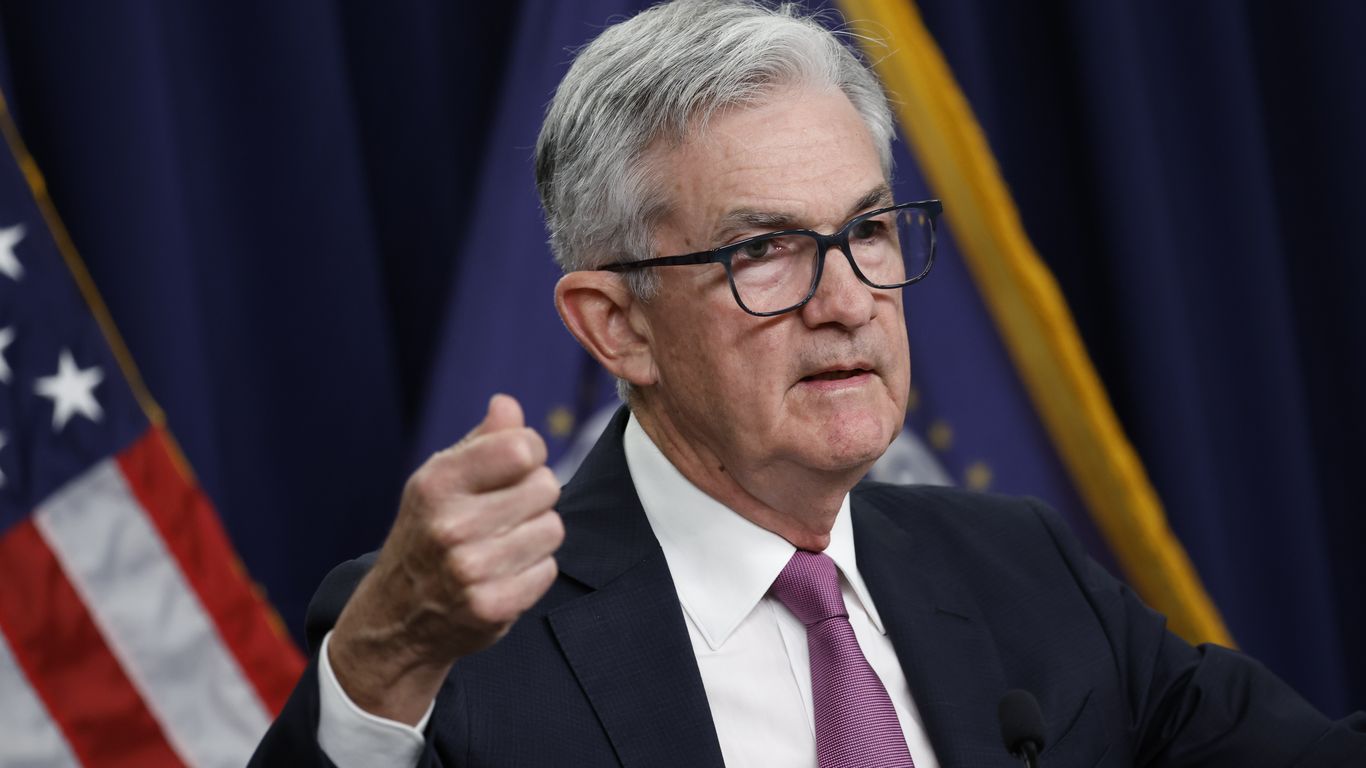