by france 24
in World News
Reading Time: 2 mins read
A A
464
SHARES
1.8k
VIEWS
Share on FacebookShare on Twitter

League party leader Matteo Salvini (centre) talks with senators during a pause in a discussion on the Italian government crisis at the Senate in Rome on July 20, 2022. © Andreas Solaro, AFP

La Stampa newspaper reported that a diplomat at the Russian embassy met one of Salvini’s aides in late May in Rome, and asked if any of the ministers from Salvini’s League party intended to resign from Draghi’s coalition.

The League pulled out of the government last week, alongside Silvio Berlusconi’s Forza Italia and the populist Five Star Movement, causing Draghi to resign and triggering September elections.

The meeting was said to have taken place at the same time as Salvini drew criticism for conducting parallel diplomacy with Russia over the war in Ukraine.

He planned a trip to Moscow ostensibly for peace talks – with flights bought by the Russian embassy, an arrangement his team insists was only done due to difficulties circumventing EU sanctions.

They said they reimbursed the embassy and the trip in the end never happened.

Foreign Minister Luigi di Maio on Thursday condemned “this attempt by the Russian side to have the League minister withdraw from Draghi’s government”.

Salvini “must explain the relations he has with Russia”, said di Maio, like Draghi a strong advocate of EU sanctions against Moscow and Italy’s sending of weapons and money to help Kyiv’s resistance.

Enrico Letta, leader of the centre-left Democratic Party, also said the ties between Salvini and Russia were “concerning”.

Salvini hit back condemning “fake news”, putting the claims down to mudslinging at the start of the campaign for the September 25 elections.

“A divided and desperate left … spends its time looking for fascists, Russians and racists who are not there,” he said, insisting his party was “on the side of the West”.

The Russian embassy did not comment, but has previously denied interfering in Italian affairs.

Salvini has long admired Russian President Vladimir Putin, even wearing T-shirts emblazoned with the Putin’s face, a stance that has become politically difficult since Moscow’s invasion of Ukraine.

One of Salvini’s election allies, Berlusconi, is also a personal friend of Putin, although their coalition partner Giorgia Meloni, who leads the far-right Brothers of Italy and is currently leading opinion polls, has strongly criticised Russian aggression. 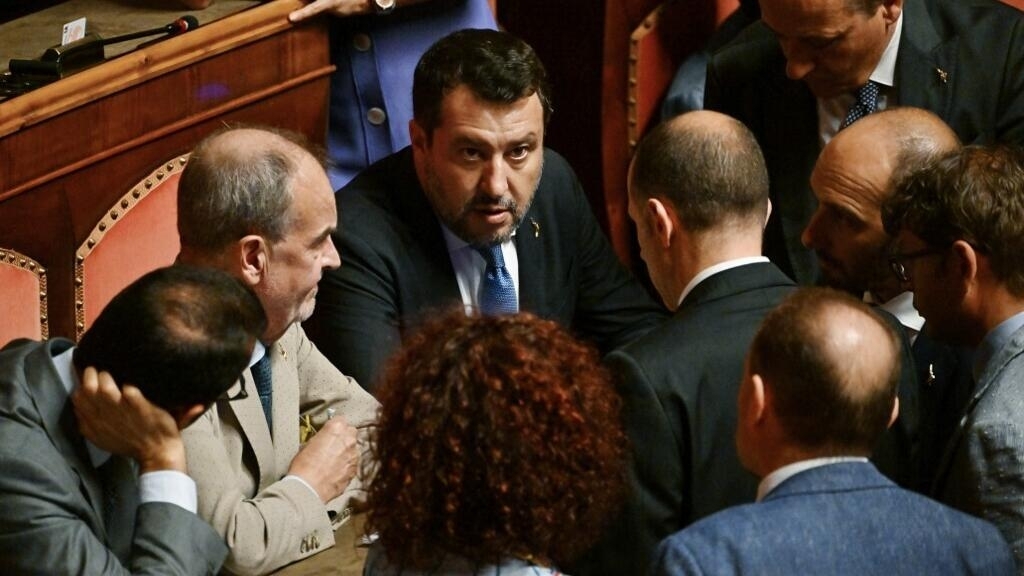