by johnathon damron
in World News
Reading Time: 4 mins read
A A
464
SHARES
1.8k
VIEWS
Share on FacebookShare on Twitter

The “penitential pilgrimage” by Pope Francis to heal the relationship between Indigenous Peoples in Canada and the Catholic Church has been resonating in the United States, a country coming to terms with its own troubled history of residential schools.

And much as it has already done in Canada, the pontiff’s historic apology on Monday also elicited faint praise from Indigenous groups, many of them newly empowered by government efforts to confront boarding-school injustice in the U.S.

Full itinerary of papal visit, how to watch special coverage on CTVNews.ca

“An apology must include steps forward that are both justice-seeking and that open pathways for healing,” said Deb Parker, chief executive of the National Native American Boarding School Healing Coalition.

Parker singled out the so-called Doctrine of Discovery, a series of 15th-century edicts and decrees by the Catholic Church that justified and encouraged Europe’s colonization of Indigenous lands in the Americas in the name of furthering Christianity.

“The time is now to rescind the Doctrine of Discovery,” she said. “Pope Francis was asked to do exactly this by the Indigenous delegation to the Vatican four months ago and has yet to respond.”

A personal apology from the Pope was number 58 in a list of 94 calls to action included in the final report of the Truth and Reconciliation Commission, a comprehensive, six-year examination of the tragic legacy of Canada’s residential school system.

“In the face of this deplorable evil, the church kneels before God and implores his forgiveness for the sins of her children,” Francis said Monday in Maskwacis, Alta., the centrepiece of a weeklong visit notable not only as a moment in history, but for its likely toll on the frail, 85-year-old pontiff.

“I humbly beg forgiveness for the evil committed by so many Christians against the Indigenous Peoples.”

Maka Black Elk, the executive director for truth and healing at the Red Cloud Indian School in Pine Ridge, S.D., said he shares some of the complaints in the Indigenous community on both sides of the border.

But it’s nonetheless a major milestone, he said in an interview Wednesday.

“I was moved by a momentous sort of historical moment that this has finally happened, that the church, represented by the Pope, has taken this step,” Black Elk said.

“It’s the step that needed to be taken in order for more steps to follow, and for the church to follow the Pope, by him opening that door.”

The cascade of Canadian developments on the residential school file in recent months and years has trickled into the U.S.

A study commissioned by Interior Secretary Deb Haaland, the first Indigenous cabinet secretary in American history, found marked and unmarked burial sites at the locations of 53 former Indigenous residential schools in the U.S. At least 500 students died, linked to 19 of 408 schools that operated with U.S. government funding in 37 states and territories between 1819 and 1969.

Both numbers are expected to increase as the investigation continues.

Rules were enforced through corporal punishment, including flogging and whipping, solitary confinement, starvation, slapping and cuffing, said the report, released in May. Older students were at times forced to abuse their younger colleagues.

In some cases, funding for some schools may have come from money set aside for Indigenous communities that ceded their lands to the U.S.

The Pope’s visit is a chance for “real and honest dialogue on the issue of boarding school accountability here in the United States,” said Chieko Noguchi, a spokesperson for the U.S. Conference of Catholic Bishops.

The bishops and Catholic conferences have been engaged in “ongoing dialogue” with tribal and Indigenous leaders across the U.S. “as a vital part of the process to inclusively discern how to go forward together as the Catholic Church walks with the impacted communities on a path towards healing.”

The National Congress of American Indians acknowledged the apology as a historic moment, but president Fawn Sharp has already written a letter to the Pope, urging the church to do more.

The residential school system in Canada was actually modelled after the U.S. system, Sharp wrote, calling on Francis to take urgent action before more evidence and personal testimonials are allowed to ebb away.

“As the remaining victims and survivors of federal Indian boarding schools age and walk on, the opportunity for answers, accountability and closure dissipates.”

The church continues to hold important historical records about the systems in both countries, Sharp continued — documentation vital to the ongoing investigative efforts.

“We cannot hold abusers accountable, seek redress for harm, or reconcile with the church, government institutions, and, in some cases, our own communities and families, until we know the full, unadulterated truth — truth the Catholic Church is actively withholding,” she wrote.

“It is crucial we have church support and partnership in working to bring the truth to light.”

But it’s a misnomer of sorts to suggest those next steps are for Pope Francis himself to take, said Black Elk.

“The work isn’t in the Pope’s hands, really — it’s in the hands of the entire body of the church,” he said.

“This moment has placed the burden of reconciliation and justice and the work of righting the relationship with native peoples back in the hands of the body of the church. That’s where the work is going to be.”

The Indian Residential Schools Resolution Health Support Program has a hotline to help residential school survivors and their relatives suffering trauma invoked by the recall of past abuse. The number is 1-866-925-4419.

This report by The Canadian Press was first published July 27, 2022. 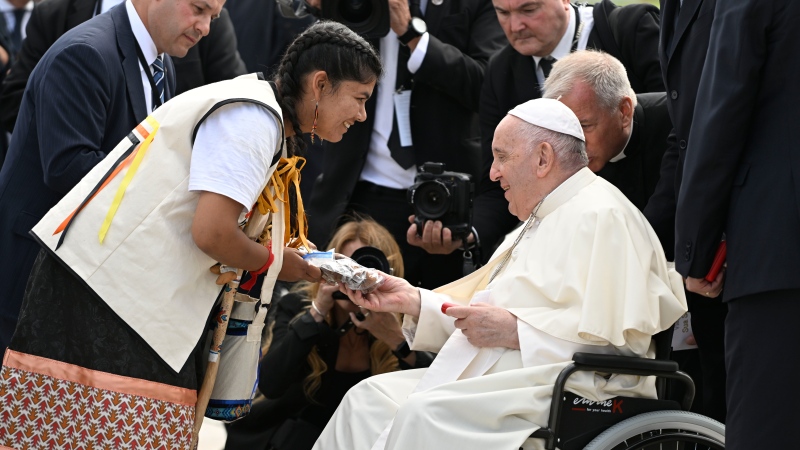 What Happens to Kids Who Age Out of Foster Care? – How Sparkhound’s ILConnect App Can Assist Them