by augustine wrona
in World News
Reading Time: 3 mins read
A A
464
SHARES
1.8k
VIEWS
Share on FacebookShare on Twitter

Senator Ted Cruz (R-TX) has lit a minor firestorm with a July 25th tweet and subsequent appearances regarding its content on news programs. Cruz’s tweet highlights how the Biden Administration’s failure to enforce border security is directly responsible for Mexican cartels openly trafficking drugs and sex trade victims into the United States with nearly total impunity.

President Biden doesn’t want Americans to know that he has been ignoring the narco slave trade taking place along our southern border. pic.twitter.com/OXtOYADamj

That the cartels exploit teenage girls and young women for sex trafficking is no secret. On July 15th, Cruz commented:

“We heard multiple reports of something, I’ll be candid, I had never heard of before until today — something called a rape tree, which are trees where the traffickers would violently rape young women and then hang their undergarments in the tree as a trophy,” Cruz said on Friday.

According to Amnesty International, about 60% of the women and girls who make the trek to the U.S.-Mexico border are raped.

I summited at midday and walked aimlessly in the shadows of granite domes that ran along the ridgeline like the spine of some slumbering monster. A turkey vulture hovered on a thermal, passing in and out of Mexico with seeming disregard for international boundaries. All around me the mountainsides sparkled in the sunlight from the rubbish discarded by clandestine border crossers—Red Bull energy cans and Pedialyte baby bottles; children’s backpacks and Mexican water jugs. Among the hastily discarded objects were others on deliberate display. More than once on patrol, I had stumbled upon desert altars full of votive candles, rosary beads, and prayer cards commemorating Juan Soldado, patron saint of undocumented immigrants, and Jesús Malverde, patron saint of drug smugglers.

This time, I came upon a velvet mesquite tree draped in women’s lingerie. Faded pink bras and lacy black panties drooped from the twisted limbs. The Border Patrol calls these “rape trees.” It’s difficult to know whether these displays are merely symbolic of a woman’s vulnerability in this place or are the actual trophies of sexual violence. Either way, women who understand the risks of this desert sometimes ingest morning-after pills before even attempting to cross.

President Donald Trump’s anti-human trafficking stance has become a hallmark of his administration. Daughter and adviser Ivanka Trump has spurred the president’s investment in anti-trafficking measures since the beginning of his term. She called trafficking an “ugly stain on civilization” at the unveiling of the Trafficking in Persons report at the State Department in 2017, according to CNN.

Ivanka Trump’s work to mitigate human trafficking globally is also well-documented, from a meeting with survivors in Italy to her influence in the Oval Office.

So what has the Biden Administration done? Chad Wolf and Bill Woolf from the conservative think tank America First Policy Institute stated in January 2022 that the current administration is MIA on the matter.

The southwest border has essentially become a “feeding zone” for traffickers, and the Biden Administration has only made it easier for them to gain access to these children. Because effective border security measures were eliminated in the early days of the Biden Administration, smugglers have effectively persuaded migrant children and parents that they had a better chance of being allowed to stay in the U.S now than under President Trump.

There are legal avenues available for illegal immigrants forced into the sex trade to seek freedom, as a Harvard Law writer noted in 2018.

The T visa, a special visa to protect victims of trafficking was created in October 2000 with the passing of the Victims of Trafficking and Violence Protection Act. There are 5,000 of these visas available on an annual basis. This would seem promising, but it is a significantly under-utilized process. According to the United States Citizenship and Immigration statistics, only around 500 – 600 of these visas are granted each year. In addition, the burden of proof can be on the trafficked victim and there are a number of requirements to qualify. This often includes testifying against their trafficker, something that can be terrifying for these individuals.

T visas are also temporary, only lasting for four years. Although individuals can apply for a green card after the third year, that process is also under-utilized and slow.

It is challenging to decide which is lower scum: the cartels illegally bringing teenage girls and young women into the United States to be sexually abused or the men doing the abuse. President Trump has suggested the death penalty as appropriate punishment for drug dealers. Perhaps the same for sex traffickers, although public castration of any man found paying for sex with a trafficking victim has a nice ring to it. 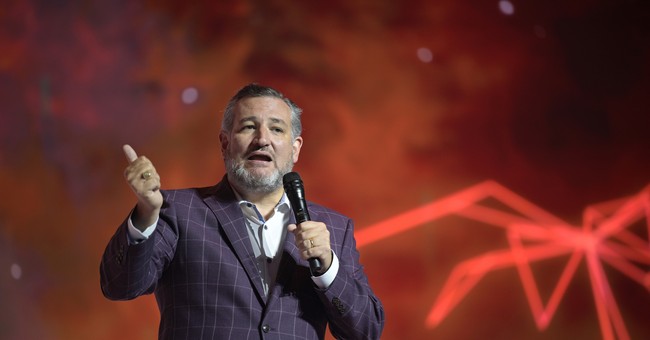 How Biden Lost The Support Of Young Americans

How Biden Lost The Support Of Young Americans