Brittney Griner: ‘My rights were not read to me’ upon arrest in Russia

by reuters
in World News
Reading Time: 3 mins read
A A
467
SHARES
1.8k
VIEWS
Share on FacebookShare on Twitter

US WNBA basketball superstar Brittney Griner sits inside a defendants’ cage before a hearing at the Khimki Court, outside Moscow on July 27, 2022. Photo by ALEXANDER ZEMLIANICHENKO /POOL/AFP via Getty Images KHIMKI — U.S. basketball star Brittney Griner told a Russian court on Wednesday she was not read her rights when detained at a Moscow airport in February, as she stands trial for drug charges that could see her face up to 10 years in prison.

The 31-year-old, a Women’s National Basketball Association (WNBA) star who has played in Russia during the league’s offseason, was detained at Moscow’s Sheremetyevo airport on Feb. 17 with vape cartridges containing hashish oil in her luggage.

Wearing a long-sleeved T-shirt from her WNBA team, the Phoenix Mercury, Griner testified that she was stopped at customs as she was headed to board a flight to Ekaterinburg, a city 1,400 km (870 miles) east of the Russian capital.

The two-time Olympic champion was on her way to join her Russian team, UMMC Ekaterinburg, for the playoffs after spending time at home in the United States.

Griner said officers removed vape cartridges from her luggage, opened them and sniffed their contents. She said she was asked to sign documents but had to use Google Translate to understand them.

“My rights were never read to me. No one explained any of it to me,” Griner said. “At that point, I got on my phone and I contacted my spouse, my sports agent and my club team’s translator.”

Seated in the defendant’s cage, Griner said she was provided with an interpreter at the airport who just told her: “Surname. Sign.”

“She didn’t explain the content of the paper,” Griner said. “I didn’t know exactly what I was signing.”

‘PACKING IN A RUSH’

Griner has pleaded guilty to the charges against her but has denied she intended to break Russian law.

“I do plead guilty because of the actions that have happened but again, I did not intend to smuggle or bring any substance into Russia,” she said.

Griner said she still did not understand how the vape cartridges containing hashish oil could have ended up in her luggage.

“If I had to speculate, if I had to guess on how they ended up in my bags, I was in a rush packing,” she said. “I was recovering from COVID, the stress of packing, making sure I had my COVID tests. Jet lag.”

Griner said she had been prescribed medical cannabis in the United States to treat chronic injuries in the offseason, a treatment not uncommon among elite athletes in countries where the substance is allowed. It is, however, illegal in Russia.

“The benefits from medical cannabis definitely outweigh the painkillers that they prescribe,” said Griner, who has suffered a serious knee injury, broken her ankle and sustained several other injuries linked to her basketball career.

The case against her has highlighted strained relations between Russia and the United States that have plunged to a new post-Cold War low over the Russian military intervention in Ukraine.

U.S. officials and prominent athletes say Griner has been wrongly detained and have called for her immediate release, saying she is being used as a political pawn to secure the release of a Russian detained in the United States or other concessions from Washington.

The Kremlin has said the case has nothing to do with politics and that she should be tried for violating Russian laws. The next hearing is set for Aug. 2.

Your Midday Sun From our newsroom to your inbox at noon, the latest headlines, stories, opinion and photos from the Toronto Sun. 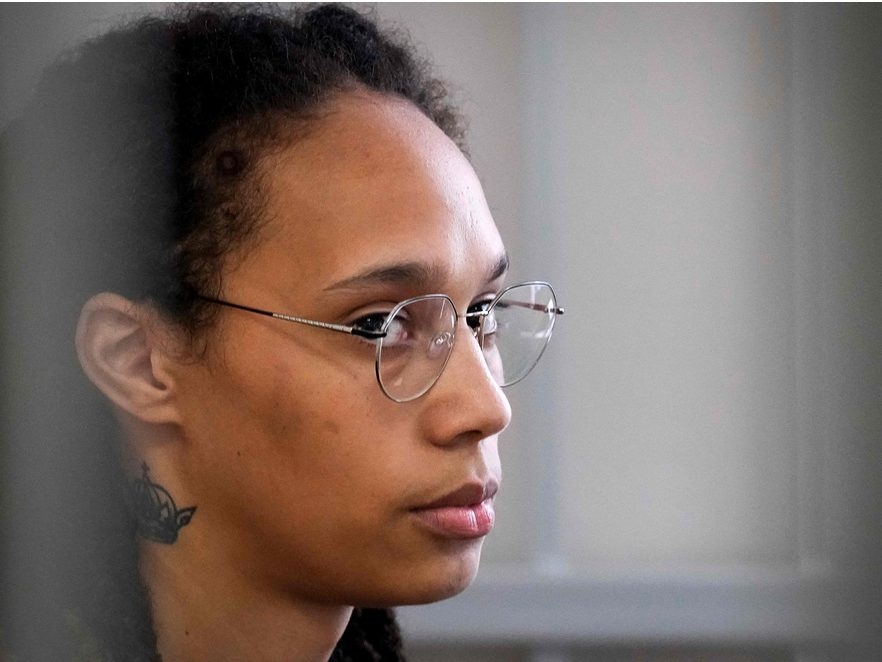 Russia to undock the International Space Station after 2024