by aila slisco
in World News
Reading Time: 2 mins read
A A
464
SHARES
1.8k
VIEWS
Share on FacebookShare on Twitter

Steve Bannon has told Speaker of the House Nancy Pelosi, House January 6 Select Committee chairman Bennie Thompson and the Department of Justice (DOJ) to “suck on it” following his contempt of Congress conviction.

Bannon, an ex-adviser to former President Donald Trump, sent the message out on Monday to the Democratic lawmakers and DOJ during his War Room: Pandemic podcast. Bannon’s remarks come days after his criminal conviction for contempt of Congress, which he was charged with after refusing to comply with a subpoena from the House January 6 committee.

Bannon, a proponent of false claims that the 2020 election was “stolen” from Trump, took partial credit for President Joe Biden’s low approval ratings in Arizona before telling his listeners that his top priority was remaining “maniacally focused” on destroying what he called the president’s “illegitimate regime.”

“I’ve got to take a hat tip, just for a little bit for the War Room,” said Bannon. “We said we’d kill this in the crib. Now, we were just a small part of it. But remember, we’ve been maniacally focused… we’re gonna kill this administration in the crib.”

Steve Bannon, an ex-adviser to former President Donald Trump, said on Monday that Speaker of the House Nancy Pelosi, Representative Bennie Thompson and the Department of Justice could “suck on it.” Bannon is pictured outside the Federal District Court House after being convicted of contempt of Congress in Washington, D.C., on July 22, 2022.
Chip Somodevilla/Getty
“I don’t care if Bennie Thompson doesn’t like that, or Nancy Pelosi doesn’t like it, or who doesn’t like it,” he added. “Justice Department, I don’t care if you don’t like it. Suck on it! We’re destroying this illegitimate regime. And the people in Arizona are reporting they hate you guys.”

Bannon also spoke favorably about Trump’s plan to “gut” the administrative state of civil servants and federal employees and replace them with loyalists should he be reelected to a non-consecutive second term in 2024, which Axios journalist Jonathan Swan reported on Friday.

Bannon said that he was in favor of the reported plan because the U.S. had “taken on the model” of an “authoritarian state” that needed to be “deconstructed” and taken “apart brick by brick.”

The former Trump adviser said that a one-hour War Room special on Swan’s reporting had been planned. He added that he hoped the special would encourage supporters to “step forward” and be one of the “4,000 shock troops” who would replace civil servants for Trump.

Bannon could face up to two years in jail and fines of up to $200,000 following his conviction on two misdemeanor counts of contempt of Congress last week.

Bannon was previously indicted in August 2020 over accusations of defrauding donors to a crowdfunding campaign to build Trump’s U.S.-Mexico border wall. The former president pardoned him just before leaving office on January 20, 2021.

Newsweek reached out to the DOJ and the offices of Pelosi and Thompson for comment. 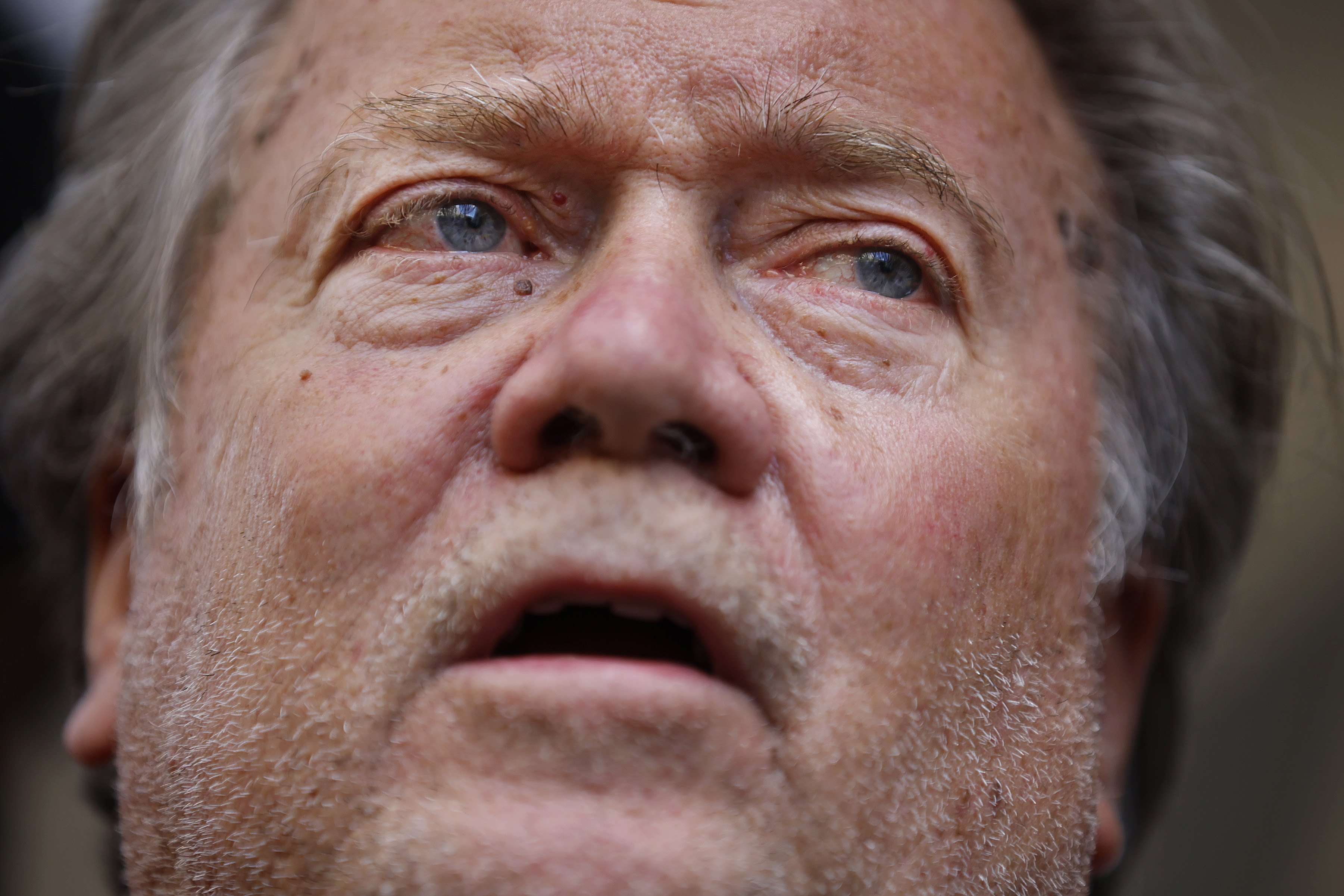