by bong pekar
in Africa News
Reading Time: 3 mins read
A A
464
SHARES
1.8k
VIEWS
Share on FacebookShare on Twitter

The monsoon, which usually lasts from June to September, is essential for irrigating crops and replenishing lakes and dams across the Indian subcontinent, but also brings a wave of destruction each year.

Pakistan ranks eighth on a list of countries most vulnerable to extreme weather caused by climate change, according to the environment NGO Germwatch.

The provincial Sindh government announced a public holiday Monday in Karachi and Hyderabad in a bid to avert flood chaos, but low-lying areas — already drenched by weeks of heavy rain — were soon the scenes of devastation.

“More rains are forecast in Karachi until tomorrow,” warned Sardar Sarfraz, director of the Met office.

The National Disaster Management Authority said at least 312 people had died since June as a result of the monsoon rains.

In Karachi, at least two people were electrocuted Monday by power lines that fell into flooded streets — a regular cause of death in the city during the monsoon.

The heavy downpour also disrupted flights and train operations in the megacity of 15 million.

The worst floods of recent times were in 2010 — covering almost a fifth of the country’s landmass — killing nearly 2,000 people and displacing 20 million.

Local Red Cross chief Antoine Mbao Bogo said he was “surprised” at a toll he described as unprecedented in a country where flooding is frequent.

According to a provisional toll, nine people died in Bouchia in the south, three in the eastern town of Bria and one in the capital Bangui, he said.

The government has put in place a taskforce to map out the hardest-hit neighbourhoods with a view to improving infrastructure and preventing further such disasters, she added.

“I lost everything, I don’t even know where to go with my children,” Bangui resident Safiatou Ngbedi, who escaped from her home moments before it collapsed, told AFP.

Josue Djazoundou, a petrol seller in Bangui, was worried that water from his well had been contaminated by the overflowing toilets nearby.

“I only pray that the children don’t fall ill,” he said.

The CAR is one of the world’s poorest countries and more than half of its population requires humanitarian assistance, according to the World Bank.

In 2019, at least 28,000 people were left homeless by mass flooding after exceptionally heavy and continuous rainfall caused the Ubangi river and its tributaries to burst their banks.

Flooding and landslips during Niger’s rainy season have so far left 15 people dead and affected more than 23,000 others, the civil protection services said on Thursday.

The worst-hit regions are Zinder in the south of the arid Sahel state, followed by Maradi and Diffa, also in the south.

Niger, the world’s poorest country by the benchmark of the UN’s Human Development Index, is often hit by floods when the badly-needed rains arrive.

The season, which runs from June to August or September, ha … read more 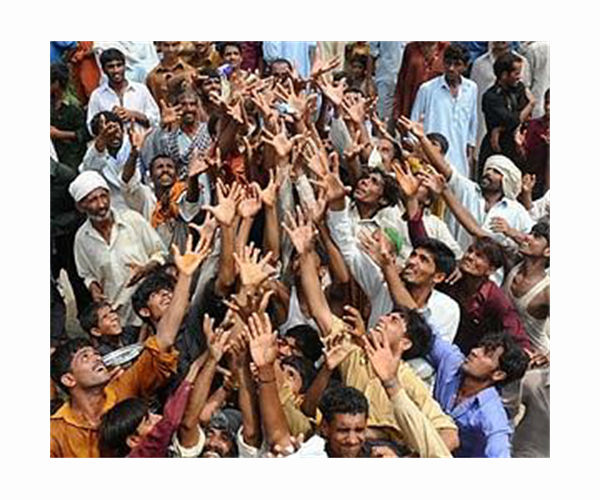