Ukraine conflict: How are drones being used?

by larisa redner
in World News
Reading Time: 3 mins read
A A
464
SHARES
1.8k
VIEWS
Share on FacebookShare on Twitter

Thousands of drones are being used in the Ukraine war – to spot enemy positions, launch missiles and direct artillery fire.

What military drones do Ukraine and Russia have?

Ukraine’s main military drone is the Turkish-made Bayraktar TB2. It is about the size of a small plane, has cameras on board, and can be armed with laser-guided bombs.

Ukraine started the war with a fleet of “fewer than 50” of these, says Dr Jack Watling of think tank the Royal United Services Institute (Rusi).

Russia mainly uses the “smaller, more basic” Orlan-10, he says. “Russia started the war with some thousands of them, and may have a few hundred left.” These drones also have cameras and can carry small bombs.

How effective are military drones?

Both sides’ drones have been most effective when used to find enemy targets and guide artillery fire onto them.

“Russian forces can bring their guns to bear on the enemy within only three to five minutes of an Orlan-10 drone spotting a target,” says Dr Watling. Without them, an attack could take 20 to 30 minutes to carry out, he says.

“If you wanted to seek out enemy positions in the past, you would have had to send out special forces units to do it, and you might lose some troops,” she says. “Now, all you’re risking is a drone.”

In the first few weeks of the war, Ukraine’s Bayraktar drones were widely praised.

“They were shown attacking targets such as ammunition dumps, and played a part in the sinking of the Moskva [warship],” Dr Miron says.

However, many Bayraktars have been destroyed by Russia’s air defence systems.

“They are large, relatively slow-moving, and fly at only medium altitude, and that makes them easy to shoot down,” says Dr Watling.

How are the non-military drones being used?

So, both sides – but especially Ukraine – are turning to small, commercial models, such as the DJI Mavic 3, which costs about £1,700.

One Ukrainian drone manufacturer estimates the country’s forces have 6,000 drones, but it’s impossible to confirm this.

Commercial drones can be fitted with small bombs.

However, they are mainly used to spot enemy troops and direct attacks.

“Ukraine doesn’t have as much ammunition as Russia,” says Dr Miron. “Having ‘eyes in the sky’ to spot targets and direct artillery fire means they can make better use of what they have.”

However, commercial drones are much less powerful than military ones.

The DJI Mavic’s range is only 30km and it can only fly for 46 minutes.

Cheaper and smaller drones fly for even less time, and cover shorter distances.

How is each side defending itself against drones?

“Russian forces have the Stupor rifle, which shoots electromagnetic pulses,” she says. This stops commercial drones from being able to navigate using GPS.

Russian forces have also used online systems such as Aeroscope to detect and interrupt communications between commercial drones and their operators.

They can make the drone crash or return to base, and can stop it sending back information.

The average Ukrainian drone barely lasts a week, according to a Rusi report.

Who is supplying drones?

Russia is now buying Shahid military drones from Iran, according to the White House. Houthi rebel forces in Yemen used these to attack targets in Saudi Arabia and the UAE.

The US is supplying Ukraine with some 700 Switchblade “kamikaze” military drones.

These are packed with explosives. They loiter in the air until they find their target.

Elon Musk’s SpaceX company is providing its Starlink satellite communications system to Ukraine. This creates a secure link between commercial drones and operators.

How is Ukraine paying for drones?

“As well as large drones like the [Bayraktar] TB2, they are looking for small, fixed-winged reconnaissance drones,”says Dr Watling.

Kalush Orchestra, the Ukrainian winners of the Eurovision Song Contest, sold the trophy for $900,000 (£712,000) which it donated to the drone appeal. It will buy three Ukrainian-made PD-2 drones. 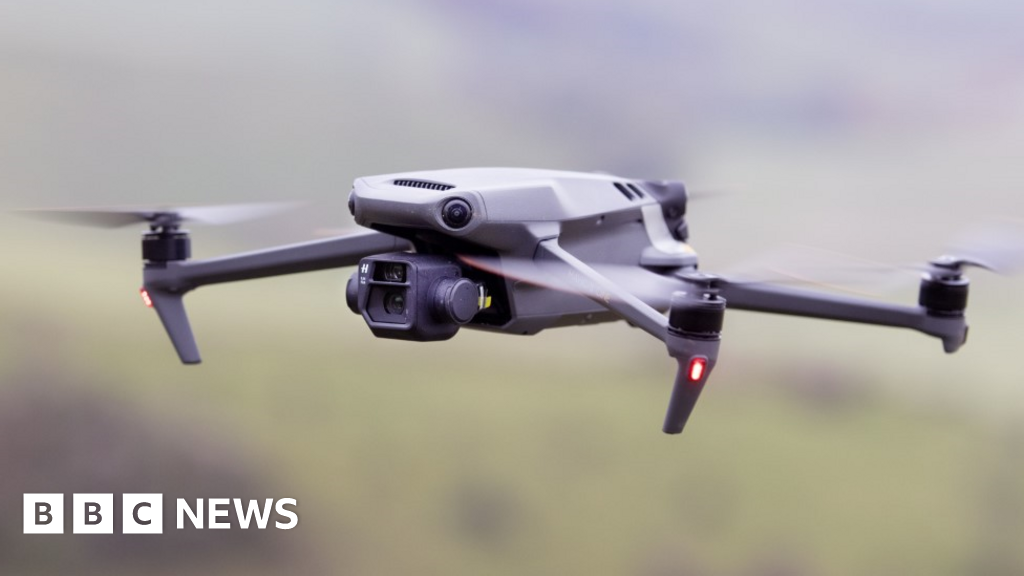