by raleigh fleishman
in World News
Reading Time: 4 mins read
A A
464
SHARES
1.8k
VIEWS
Share on FacebookShare on Twitter

Democrats in the House and Senate are rebuking the Biden administration over a decision to leave in place a Trump-era regulatory change that detractors argue caused gun exports to soar, including to countries with poor human rights track records.

As a presidential candidate, Joe Biden said he would reverse a decision by the Trump administration to move export oversight of firearms from the State Department to the Commerce Department. But 18 months into his administration, that has yet to happen — even as gun sales, including those of semiautomatic weapons, have ramped up steeply.

“There are fewer registration requirements, less oversight, more exemptions, and significantly curtailed congressional review,” said Rep. Joaquin Castro, D-Texas, at a House Foreign Affairs hearing last week. “It was essentially a giveaway to gun manufacturers a few years ago, and it seems to have worked.”

Deepening the frustration felt by Capitol Hill Democrats and independent arms control advocates is that switching firearms export oversight back to the State Department is one concrete action fully within Biden’s presidential authorities. They also argue it could have a tangible impact on international gun violence rates even as prospects for a gun control bill at home remain dim.

In March 2020, the Trump administration shifted commercial firearms, which include categories like sniper rifles and semi-automatic assault rifles, from the State Department United States Munitions List to the Commerce Department’s Control List. That switch, which was supported by the gun industry, has meant less stringent conditions on things like the number of end-users allowed for each export license, fewer checks on how the weapons are actually used once they are shipped, and no more congressional ability to block particularly problematic sales.

“It’s very difficult to know how it’s going under Commerce control. The last data is more than a year old, but the trend seems to indicate a significant increase in the [export] of assault weapons under their control, including to countries of concern,” said Jeff Abramson, a senior fellow for conventional arms control at the Arms Control Association. “The administration continues to maintain the same talking points that happened under the Trump administration: that having this under Commerce control adds greater authority and capabilities. But we’ve seen no evidence of Commerce using any of those.”

Alan Estevez, undersecretary of Commerce for industry and security, has defended his bureau.

“I think that we’ve increased our capability to review export of all sorts of guns going to foreign entities,” he told Castro at the House hearing. But when pressed by Democrats for examples of times his bureau has rejected firearms license applications, he was not able to provide any off the top of his head.

Commerce, which is focused primarily on promoting U.S. businesses and economic growth, has much less institutional expertise than Foggy Bottom on things like foreign political instability, human rights abuses, gangs and terrorism – namely the conditions that factor strongly into whether U.S. firearms are more or less likely to be used to commit crimes and kill innocents abroad.

In the first 16 months of Commerce overseeing commercial firearms exports, the department’s Bureau of Industry and Security approved a total of 11,322 such license applications at a total value of $15.7 billion and with an approval rate of 94.6 percent, according to a June 2021 department report on firearm exports.

By comparison, on average over a comparable time period, State approved $12 billion worth of firearms exports, including for some weapons considered too lethal and sensitive to be transferred to Commerce, said Sen. Elizabeth Warren at a Senate Banking hearing earlier this month with Estevez.

“So, if you do the math, that’s about a 30 percent increase. Now that is a huge boon to the gun industry,” the Massachusetts Democrat said. “The $15.7 billion in Commerce-approved exports is nearly as large as the current size of the entire $19 billion U.S. gun manufacturing industry.”

During the time period covered by the 2021 Commerce report, Canada was far and away the biggest destination of U.S. firearms, purchasing 23.8 percent of commercial guns sold abroad at a value of almost $230 million. Australia came in second with 12.6 percent of the total sales, purchasing $121 million worth of guns.

Democratic lawmakers and arms control advocates have criticized Commerce for not being transparent enough about the global customer base of U.S. firearms. Its public report, for example, does not offer a breakdown by sector of who is purchasing the weapons, such as foreign militaries, foreign law enforcement groups or private businesses selling to the public.

Commerce earlier this month instituted a new rule to notify Congress of commercial firearms sales worth $4 million or more. But lawmakers do not have the ability to block such sales unless they amend the law to give themselves that authority.

The Commerce Department said it is prevented from disclosing more information to the public by the 2018 Export Control Reform law.

“BIS does not identify customers by sector for export licensing data involving firearms or any other items,” a Commerce official, who was not authorized to be quoted, wrote in an email. “This would require extensive resources and changes to I.T. infrastructure. Also, State does not make such information available to the public.”

Abramson said he worries the issue of rising commercial firearm exports and their impact on global gun violence rates is falling through the cracks, both as an administration priority and since U.S. firearms control advocates are focused on America’s gun violence epidemic.

The State Department, which maintains a consultative role on U.S. firearms exports, is largely consumed with overseeing U.S. weapon shipments to Ukraine.

Meanwhile, Estevez acknowledged at the Senate Banking hearing that his bureau’s “North Star” priority is preventing sensitive American technology with military applications from being acquired by China.

“It’s very frustrating that the Biden administration hasn’t taken action because they could do so without the same barriers of needing a congressional [action] to do so,” Abramson said. “It’s frustrating and dangerous for the world because they haven’t taken this up. They could put this back under State Department control. They could severely rein in the export of these weapons.” 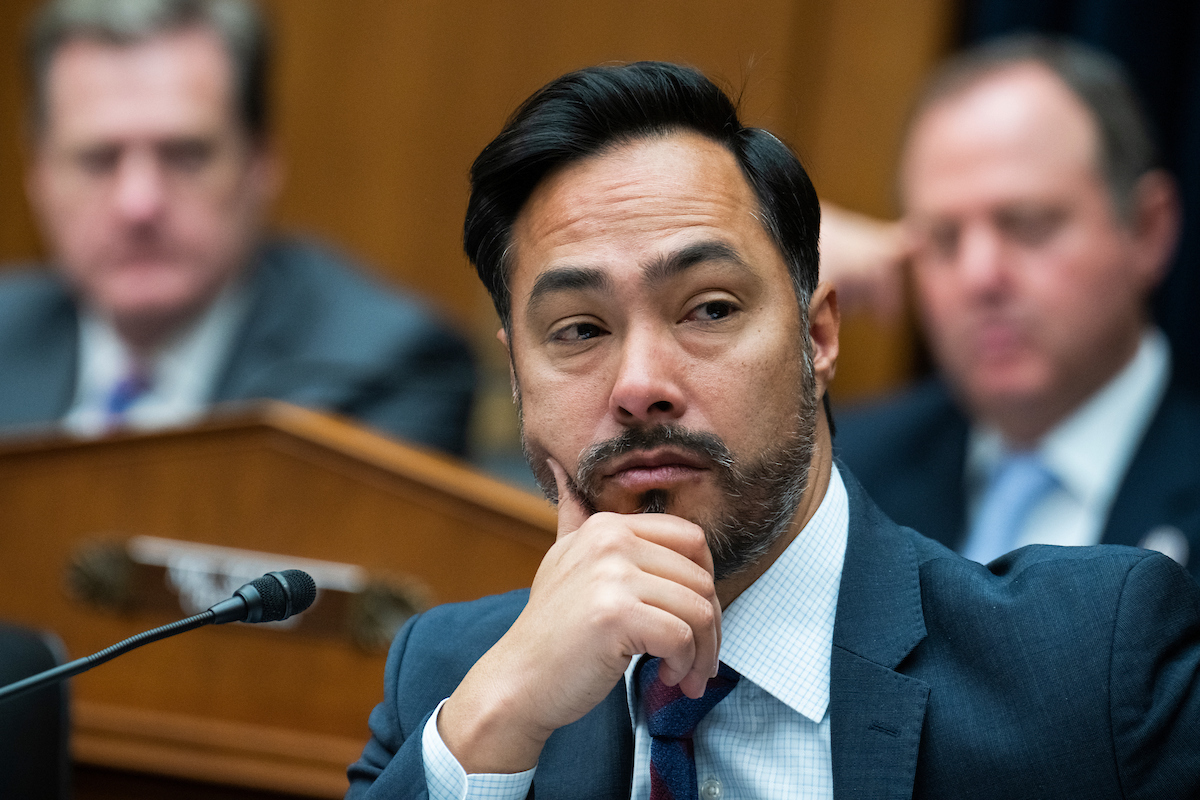