by melissa healy
in World News
Reading Time: 4 mins read
A A
464
SHARES
1.8k
VIEWS
Share on FacebookShare on Twitter

Nearly two years separate the COVID-19 diagnoses of then-President Trump and current President Biden. In a pandemic that has engaged the full powers of the American medical and scientific establishments, that is a lifetime.

And for Biden — a few months shy of turning 80 and joining the age group at highest risk for becoming severely ill or dying from COVID-19 — it could be a lifeline.

The president is said to be working in isolation from the White House and “experiencing very mild symptoms,” including a runny nose, fatigue and an “occasional dry cough,” according to his physician, Dr. Kevin O’Connor.

President Biden receives a booster dose of COVID-19 vaccine at the White House in September.

Biden has had two primary doses of Pfizer-BioNTech’s Comirnaty vaccine and been boosted twice, making him “maximally protected,” O’Connor said.

Following protocols that recommend prompt use of an antiviral medication for newly infected people at risk of developing severe disease, the president has begun a course of the antiviral drug Paxlovid. For five days, he’ll take three of the pills twice a day.

That should “provide additional protection against severe disease,” O’Connor said. Among non-hospitalized patients at high risk of becoming severely ill, treatment with Paxlovid reduced the risk of hospitalization or death by 88% in clinical trials.

But if Biden develops worrying symptoms — such as low oxygen levels, blood clots or abnormalities in the function of his heart or kidneys — his doctors can respond with a small arsenal of medications and procedures refined over the last 2½ years of a grinding pandemic that has landed close to 5 million patients in U.S. hospitals.

Consider, by contrast, the peril in which Trump found himself when he came down with COVID-19 in October 2020 at the age of 74.

While in generally robust health, Trump was obese, a powerful risk factor for developing a severe case of COVID-19. He was also unvaccinated, as the initial Pfizer and Moderna vaccines were still more than two months away when he tested positive for a coronavirus infection 21 months ago.

In its latest accounting of the vaccines’ effects, the Centers for Disease Control and Prevention has calculated that among people 65 and older, the likelihood of landing in the hospital with COVID-19 is 3.8 times higher for unvaccinated people than it is for their peers who have been fully vaccinated and received a single booster shot.

Dr. Roy M. Gulick, who co-chaired the National Institutes of Health’s panel on COVID-19 treatment guidelines, called vaccines and boosters the most potent driver of the improved prognoses for infected patients.

“So much has changed since Trump got COVID,” said Gulick, a professor at Weill Cornell Medical College in New York. “We really have made significant progress in preventing and treating COVID infection. But the first powerhouse is that vaccine is now available.”

The course of Trump’s illness tells the story.

Within a day of his positive test, the 45th president was taken to Walter Reed Naval Medical Center after his oxygen levels fell steeply and suddenly.

There, he was quickly treated with the antiviral drug remdesivir, which had been found to benefit COVID-19 patients and was authorized for emergency use by the U.S. Food and Drug Administration. And under a program designed to get still-experimental drugs to patients in extreme circumstances, Trump was given an antibody cocktail developed by Regeneron more than a month before it was authorized by the FDA.

In a sign that physicians were deeply concerned about Trump’s prognosis, doctors also administered the steroid dexamethasone. That workhorse drug has been lifesaving for many patients. But it’s considered safe to use only in those at high risk of developing the kind of overactive inflammatory response to COVID-19 that can lead to organ failure and death.

President Trump removes his mask on returning to the White House after being treated for COVID-19 at Walter Reed National Military Medical Center on Oct., 2020.

Gulick said that for patients sick enough to be hospitalized with COVID-19, new treatment options have driven down death rates. Remdesivir now can be used as a backstop if Paxlovid fails to halt the progression of a patient’s illness. In addition, physicians have repurposed a raft of specialized drugs to calm immune systems sent into overdrive by COVID-19, and refined their use of steroids.

“Strategies have also improved,” Gulick said. Hospital physicians are quicker to administer blood thinners to counter the COVID-induced risk of blood clots. They’re slower to put people with breathing difficulties on ventilators, which can harm more than they help. And they’re more likely to employ positioning hacks for patients with obesity to keep their airways clear.

“We have made substantive progress in treating people with severe COVID who are admitted to hospital,” Gulick said. And fewer are dying as a result, he added.

In the early fall of 2020, Trump probably faced a version of the virus that closely resembled the one that left Wuhan, China, in the final months of 2019.

Compared with the BA.5 Omicron subvariant that now accounts for an estimated 78% of cases in the United States, the “ancestral” strain caused more severe disease.

Beth Blauer, an associate vice provost at Johns Hopkins University, has noted that throughout most of the pandemic, the number of COVID-19 deaths stood at about 2% of reported cases.

“However, that finally changed with Omicron,” she wrote. “During the Omicron wave, mortality decreased significantly, with deaths now representing less than 0.5% of reported cases.”

The Omicron variant seems not only to cause less damage to those it infects, but its penchant for spreading also has given many more people the kind of “hybrid” immunity that tends to soften the blow of a bout with COVID-19, said Dr. Steven Simpson, a professor of pulmonary and critical care medicine at University of Kansas. 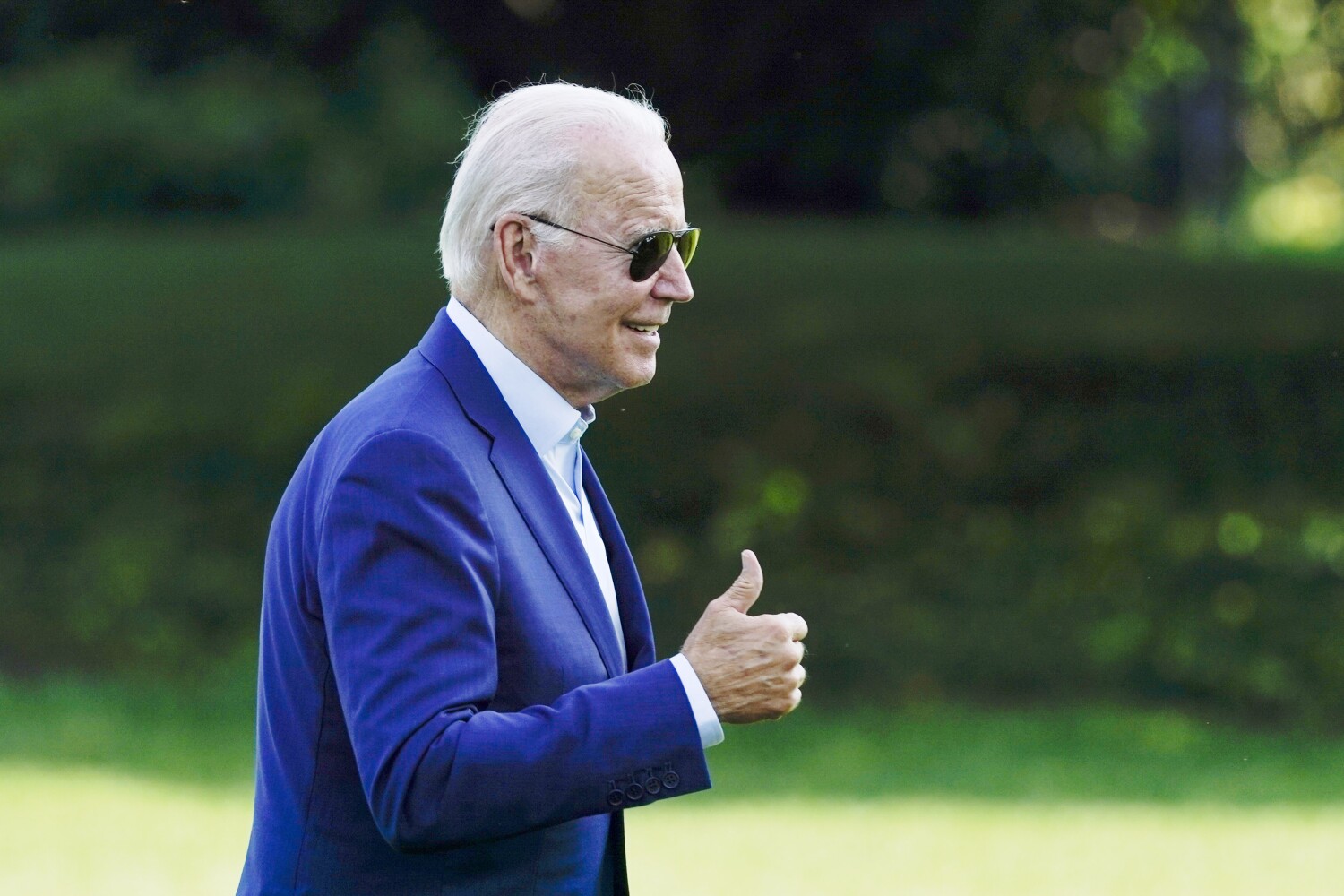 Biden Is All Talk as Fires Take Over the American West

Biden Is All Talk as Fires Take Over the American West