by tomi roberie
in World News
Reading Time: 3 mins read
A A
464
SHARES
1.8k
VIEWS
Share on FacebookShare on Twitter

A milestone agreement aimed at relieving a global food crisis was signed on Friday by Kyiv and Moscow.

KYIV, Ukraine: Russia said Sunday that its missile barrage on a Ukrainian port key to a freshly-inked grain export deal had targeted military infrastructure at the facility, after the attack sparked an outcry from Ukraine and its allies.

Ukrainian President Volodymyr Zelensky denounced Saturday’s strike on the Odessa port — that came just one day after the warring sides struck a deal to resume exports blocked by the conflict — as “Russian barbarism”.

Turkey helped broker the accord and said after the double cruise missile attacks that it had received assurances from Moscow that Russian forces were not responsible.

But Russia’s foreign ministry spokeswoman appeared to roll back on that denial Sunday, saying the strikes had destroyed a Ukrainian warship.

“Kalibr missiles destroyed military infrastructure in the port of Odessa, with a high-precision strike,” Maria Zakharova said in a statement on social media, claiming a “patrol boat” had been sunk.

The port attack has thrown into doubt the milestone agreement aimed at relieving a global food crisis that was hammered out over months of negotiations and signed in Istanbul.

Zelensky said the strikes on Odessa showed Moscow could not be trusted to keep its promises and that dialogue with Moscow was becoming increasingly untenable.

“This apparent Russian barbarism brings us even closer to obtaining the very weapons we need for our victory,” Zelensky said in a late-night address to the nation.

Ukrainian officials said grain was being stored in the port at the time of the strike, although the food stocks did not appear to have been hit.

The United States “strongly condemned” the attack, with Secretary of State Antony Blinken saying it “casts serious doubt on the credibility of Russia’s commitment to yesterday’s deal”.

Until Zakharova’s claims Sunday, there was no response from Moscow, but Turkish Defence Minister Hulusi Akar said Russia had denied carrying out the attack.

“The Russians told us that they had absolutely nothing to do with this attack” he told state news agency Anadolu.

The Odessa region’s governor, Maksym Marchenko, said the strikes left people wounded and damaged port infrastructure in Odessa, without specifying the number or severity of the injuries.

The first major accord between the countries since Russia’s February invasion of Ukraine aims to ease the “acute hunger” the UN says an additional 47 million people are facing because of the war.

Ukraine at the signing warned it would conduct “an immediate military response” should Russia violate the accord and attack its ships or stage an incursion around its ports.

Zelensky said responsibility for enforcing the deal fell to the UN, which along with Turkey is a co-guarantor of the agreement. Turkey said it was committed to the accord after the attack.

The deal includes points on running Ukrainian grain ships along safe corridors that avoid known mines in the Black Sea.

Huge quantities of wheat and other grain have been blocked in Ukrainian ports by Russian warships and the mines Kyiv laid to avert a feared amphibious assault.

Zelensky has said around 20 million tonnes of produce from last year’s harvest and the current crop would be exported under the agreement, estimating the value of Ukraine’s grain stocks at around $10 billion.

Russian Defence Minister Sergei Shoigu said he expected the deal to start “in the next few days” although diplomats expect grain to only start fully flowing by mid-August.

The agreement in Istanbul has brought little reprieve on the battlefield where Russian forces were carrying out bombardments across the sprawling front line over the weekend, Ukraine’s presidency said Sunday.

It said among attacks in the industrial east and south, four Russian cruise missiles Saturday had hit residential areas in the southern city of Mykolaiv, injuring five people, including a teenager. 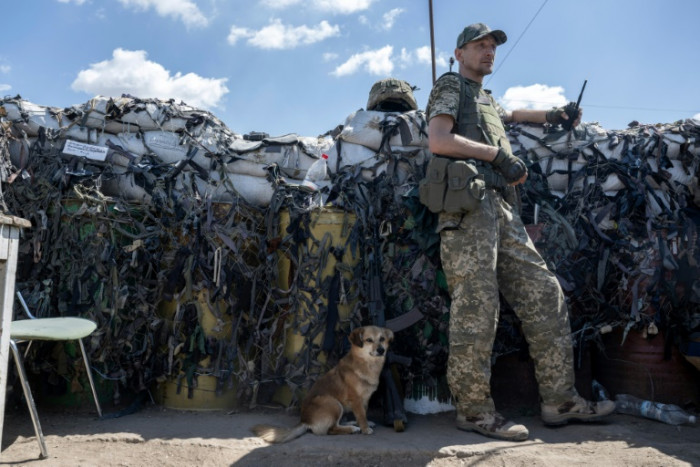