by digital staff
in World News
Reading Time: 2 mins read
A A
464
SHARES
1.8k
VIEWS
Share on FacebookShare on Twitter

Ukraine has sent reinforcements into Sievierodonetsk, the eastern city which Russia says it has surrounded, as troops in a rubble-strewn corner of the industrial area face Russian artillery fire.

Russia told Ukrainian forces last week they were trapped in the strategic city, now a major focus of Russia’s assault, and should surrender or die after the last bridge over the Siverskyi Donets river to Ukrainian-held territory was destroyed.

But Oleksandr Ratushniak, a freelance photographer who reached Sievierodonetsk with Ukrainian forces in recent days, filmed reinforcements crossing in an inflatable raft and troops fighting in the ruins of the frontline industrial zone.

He said he entered the city with troops from Ukraine’s Svoboda battalion and stayed for two nights, providing a rare glimpse of a pivotal battle in Russia’s invasion.

Russia has poured resources into its effort to capture the city, the biggest one at least partly in Ukrainian hands in the country’s eastern Luhansk region.

Russia claims Luhansk and its neighbour, Donetsk, on behalf of separatist proxies who seized part of the region, known as the Donbas, in 2014.

The Ukrainian troops in Sievierodonetsk fired from a tank’s main gun and smoked cigarettes as they hid in a basement from explosions outside that spread dust within.

An abandoned dachshund nicknamed “Bullet” by the soldiers scampered through the rubble.

It was a regular day, one soldier said: “For us, this like digging up potatoes.”

The troops said they rarely see Russian soldiers up close and go long stretches without exchanging small arms fire, reflecting the dominance of artillery in the conflict.

They often spend several weeks at a time in the city under near-constant Russian attack.

Between 7000 and 8000 civilians are still in Sievierodonetsk, in hiding, because it is too dangerous to leave, Mayor Oleksandr Stryuk said on television.

“The military shares medicines with them,” he said.

“The destruction has increased. As the line of battle passed through the old part of the city, then this part is now in ruins. The Russians are destroying the foundations of the buildings.”

The regional governor said, however, that the troops could hold out.

“This is a small town – 4km by 4km – a cosy and very homely square- yet into the fourth month they cannot capture it,” Luhansk Governor Serhiy Gaidai said on television.

Ukraine has begged allies for more heavy weaponry, including advanced rocket systems, to hold off Russia’s offensive, now concentrated in the east after Russian forces failed to seize Kyiv following the February 24 invasion.

The United States, European Union and the United Kingdom have all promised such weapons but Ukraine says deliveries have been too slow. 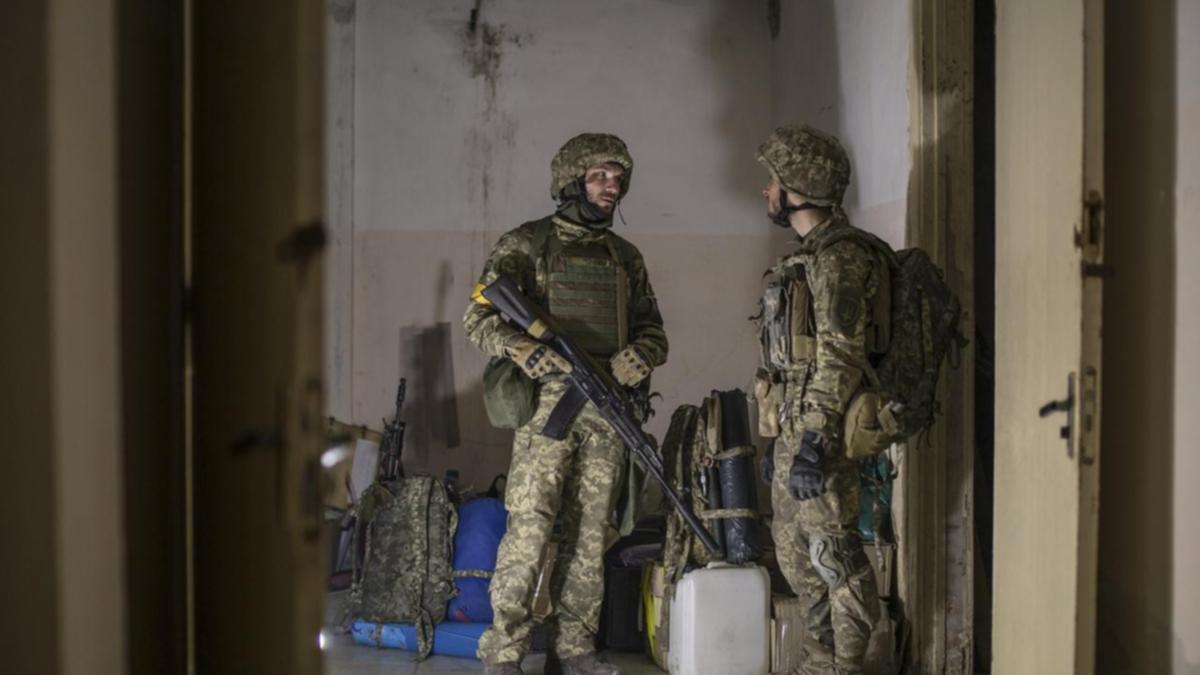 Russia-Ukraine war: ‘Everything is on fire’ in the east

The Government has warned that a complete shut-off of Russian gas supplies to Europe cannot be ruled out, as it...

Author of the article: Reuters Tom Balmforth and Max Hunder KYIV — Russian forces set their sights on their next...

Russian troops are ratcheting up their efforts to secure full control of the entire Donbas area in eastern Ukraine -...

The African Union’s (AU) 16th extraordinary summit on May 28 sought solutions to the threats of terrorism and unconstitutional changes...