by joe hernandez
in World News
Reading Time: 2 mins read
A A
464
SHARES
1.8k
VIEWS
Share on FacebookShare on Twitter

Baby formula is displayed on the shelves of a grocery store with a sign limiting purchases in Indianapolis on Tuesday.

Baby formula is displayed on the shelves of a grocery store with a sign limiting purchases in Indianapolis on Tuesday.

Stores across the U.S. are continuing to run low on baby formula, with the Biden administration saying it is working to ease the problem for American families and caregivers.

During the first week of May, the average out-of-stock rate for baby formula at retailers across the country was 43%, according to data from the firm Datasembly, which collected information from more than 11,000 sellers.

In late April, the rate was even higher in some states, with an out-of-stock rate over 50% in Iowa, South Dakota, North Dakota, Missouri, Texas and Tennessee.

“This issue has been compounded by supply chain challenges, product recalls and historic inflation,” Datasembly CEO Ben Reich said in a statement.

White House press secretary Jen Psaki said during a press briefing Monday that the Food and Drug Administration is working to make sure baby formula is available to consumers.

“They are working around the clock to address any possible shortage,” she said.

Psaki said the FDA is coordinating with formula manufacturers to ramp up production, while prioritizing those products that are of the greatest need.

The shortage has the potential to impact many children across the country. Only about a quarter of infants born in the U.S. in 2017 were fed exclusively through breastfeeding in their first six months, the Centers for Disease Control and Prevention reported.

Part of the reason the formula supply is so low is because, in February, the company Abbott issued a recall of some of its baby formula products. The voluntary recall included certain lots of Similac, Alimentum and EleCare formula products.

“It is a real crisis and, in many cases, potentially life-threatening,” Dr. Benjamin Gold, a pediatric gastroenterologist in Atlanta, said of the shortage in an interview with NPR.

Gold said he had just seen a young patient with a metabolic disease who requires formula, but their family couldn’t find any at the chain pharmacies near where they live in southern Georgia.

“We’re working on getting the company that makes one of the substitute formulas to ship – actually my nurse is still on the phone with them right now – to ship the formula to this family,” he said.

Gold – who is also president of the North American Society for Pediatric Gastroenterology, Hepatology and Nutrition – says there are some brands of formula that can be substituted for the products that were recalled.

If you can’t find your child’s formula, a website run by the American Academy of Pediatrics recommends to first contact your pediatrician. In urgent situations, you could check smaller stores or buy online, the website says. 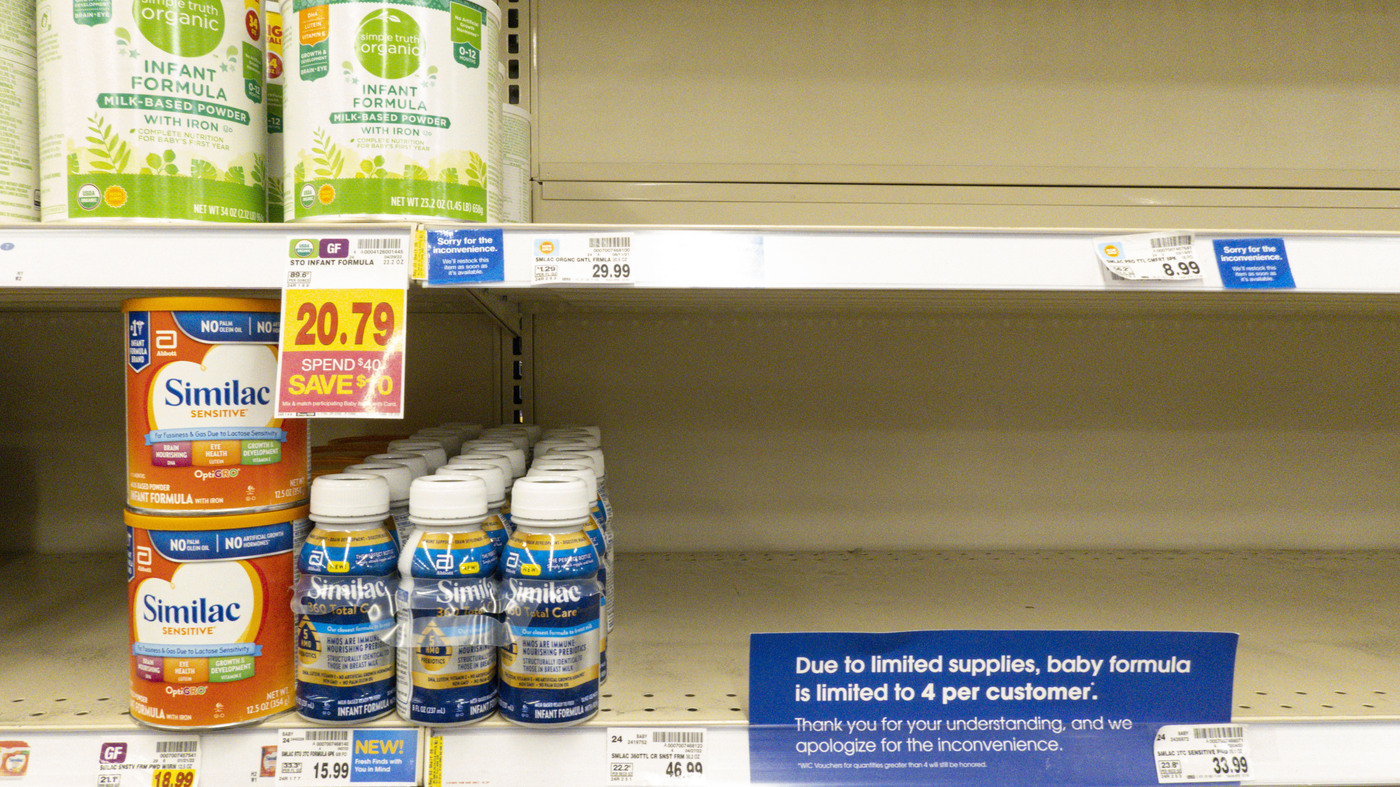 What to know about Bridget Brink, the nominee for ambassador to Ukraine