If These Intel Leaks Don’t Stop, We Could Be Headed for Conflict With Russia

by michael a. cohen
in World News
Reading Time: 4 mins read
A A
464
SHARES
1.8k
VIEWS
Share on FacebookShare on Twitter

Over the past two weeks, unnamed American intelligence officials have been falling over themselves to boast to reporters about what a great job they’re doing in helping Ukraine kill Russian soldiers and generals.

Unless they’ve all gone in on an office pool to see who is most responsible for starting a nuclear holocaust, it would be best if they kept their mouths shut. At the same time, the Biden administration could begin leveling with the American people and reassure them that we’re not on a path to conflict with a nuclear-armed power.

The leaks from the intelligence community about the role it is playing in the Ukraine conflict are astonishing in both their specificity and ill-advisedness.

Last week, The New York Times reported that “the United States has provided intelligence about Russian units that has allowed Ukrainians to target and kill many of the Russian generals who have died in action in the Ukraine war.”

Back in April, NBC News reported that “as Russia launched its invasion, the U.S. gave Ukrainian forces detailed intelligence about exactly when and where Russian missiles and bombs were intended to strike.” In addition, “near real-time intelligence-sharing also paved the way for Ukraine to shoot down a Russian transport plane carrying hundreds of troops in the early days of the war.”

At the time, NBC quoted an official saying off the record that the U.S. has “leaned pretty heavily forward in sharing both strategic and actionable intelligence with Ukraine.… There are examples where you could tell a pretty clear story that this made a major difference.” NBC didn’t mention whether the official was literally taking a victory lap or popping a bottle of champagne at the time.

Then last week, multiple outlets reported that the U.S. played a crucial role in the sinking of the Russian cruiser Moskva, one of the most humiliating losses of the war for Moscow.

I asked around as to whether there is any logic to the loose lips of American officials. One defense analyst told me, “It weakens the perception of Russia by indicating the United States government can penetrate highly sensitive communications of its military.” Such a move would be consistent with information ops by the Biden administration, before the war began, to telegraph Russia’s moves by leaking classified information about Moscow’s intentions.

But is such an effort still necessary now, when international perceptions about Russia—and in particular its incompetent military performance—are fairly well established?

Russia is surely aware that the U.S. is sharing intelligence with Ukraine, but it’s something else altogether to publicly trumpet America’s effectiveness at helping kill Russians. It’s akin to waving a red flag in front of Vladimir Putin. The more the U.S. humiliates the Russian leader by pointing out our decisive role in the war, the more it increases the potential of a dangerous escalation. As Dan Drezner pungently put it in the pages of The Washington Post, “When it comes to aiding a belligerent during a war … doing is much better than talking.”

From all indications, the steady drumbeat of leaks is not being well received in the Oval Office. Administration officials have strenuously pushed back on the reporting, going so far as denying that some of the reporting is true. Over the weekend, New York Times columnist Thomas Friedman reported that the president was livid about the leaks and senior administration officials demanded they end.

So it’s probably safe to assume that this is not part of some larger strategy by the U.S. government. But that also doesn’t mean that the Biden administration is off the hook. Over the past several weeks, U.S. interests have dramatically shifted and the mission in Ukraine has creeped into a new and more dangerous direction.

Last month Secretary of Defense Lloyd Austin said during a visit to Kyiv, “We want to see Russia weakened to the degree that it can’t do the kinds of things that it has done in invading Ukraine.”

A spokesperson for the National Security Council went even further, telling CNN, “We want Ukraine to win.”

As Chris Preble, a senior fellow at the New America Engagement Initiative at the Atlantic Council, said to me when the conflict began, “Biden’s position was the war should end. Now it seems the goal is to weaken Russia, which is definitely a different objective. If our position is to weaken Russia then we’re more in lockstep with Ukraine.” In fact, said Preble, “you could argue that our goals exceed that of Ukraine,” which would just as soon have the war end as quickly as possible.

We should, he argues, remain focused on ending the war. “The longer it goes on, the more Ukrainians suffer and the greater the likelihood of escalation.”

Since the dawn of the nuclear age, that has always been the number one concern of American officials when it comes to then the Soviet Union and now Russia—preventing a direct conflict between the two great powers and potentially nuclear war. Publicly calling for weakening Russia and boasting about U.S. success in helping Ukraine target Russians is needlessly adding fuel to the fire. Rather than disavowing the notion that the U.S. is in a proxy war with Russia, our government appears to be leaning into it.

It is true that the chances of conflict between the U.S. and Russia remain low, and neither side has an incentive to get into a shooting war with the other. But every day the war goes on—and every time American officials remind the world of their proficiency in humiliating the Russian military—that possibility rises.

All this is happening with an almost complete lack of public debate. I spoke to one senior foreign policy official on Capitol Hill who told me quite simply, “Not enough members of Congress are worried, and those that are aren’t worried enough.” The same could be said about the American people.

The Biden administration is right to be upset about infelicitous leaks from its own ranks, but it opened this door by making weakening Russia its newfound objective in Ukraine. Is it any surprise that unnamed administration officials would have taken Team Biden’s guidance and run with it? Maybe, rather than just telling others to talk less, the president should talk more about America’s goals in Ukraine and reassure Americans that the mission there is not moving in a fundamentally more dangerous direction. 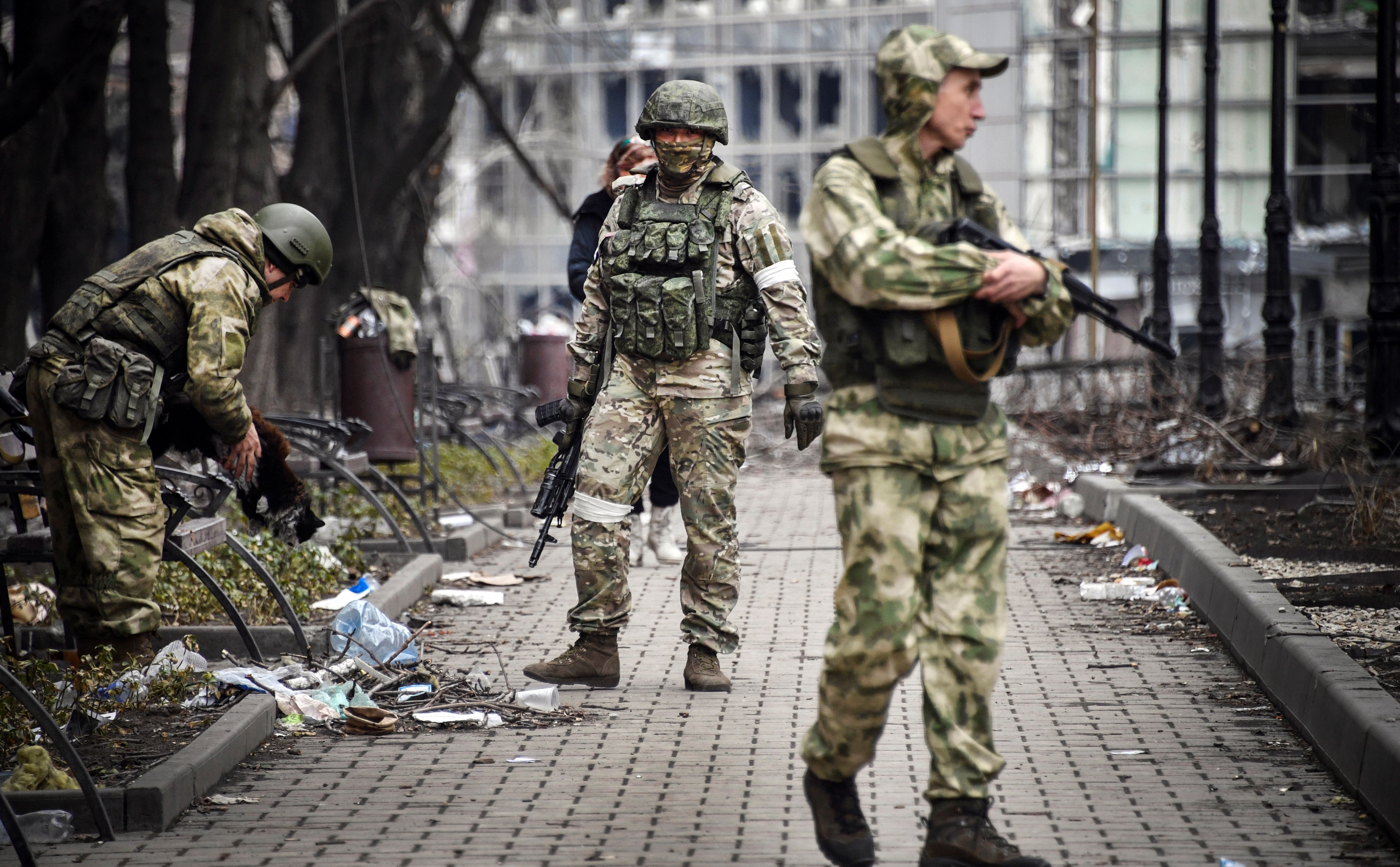