by ben geman
in World News
Reading Time: 2 mins read
A A
464
SHARES
1.8k
VIEWS
Share on FacebookShare on Twitter

The Energy Department is launching a new $2.5 billion revolving fund on Tuesday to spur construction of major transmission projects.

Why it matters: New and upgraded transmission is needed to link expanding renewable power to demand centers. But financing and permitting are notoriously tough.

Driving the news: DOE just issued a formal “notice of intent” for the “Transmission Facilitation Program” (TFP) in the bipartisan infrastructure law. It’s a way to gather input ahead of a solicitation for proposals.

How it works: The program provides DOE tools including loans and authority to purchase power off-take capacity in new projects — capacity it would resell to replenish the fund.

The contracts, the subject of the first solicitation, are meant to help give investors confidence.”It’s always that challenge of, you may have generation but you need to have buyers on the other end,” Patricia Hoffman, DOE’s top grid official, tells Axios.The big picture: It’s among several pieces of the new law aimed at spurring transmission and grid upgrades to boost reliability and clean energy.

The White House climate targets include 100% zero-carbon power by 2035 and a 50% cut in economy-wide emissions by 2030.”Transmission is very important to achieving the administration’s goals to achieve low-cost and low-carbon electricity sources and connecting those sources to consumers,” Hoffman said.The program is part of DOE’s wider “building a better grid” initiative.The intrigue: The new program is the first time DOE can enter into these capacity contracts outside the federally owned Power Marketing Administrations, Hoffman said.

“What is exciting about this is, it is a solution that that industry has an opportunity to take advantage of,” she said.”I’ve seen a lot of excitement around this because it’s new. It has the ability to move things forward,” said Hoffman, who is acting director of DOE’s Grid Deployment Office.Yes, but: The U.S. probably can’t meet White House climate targets without the big clean energy tax credits and other deployments tools in President Biden’s stalled “Build Back Better” legislation.

What’s next: The department expects to begin a process under TFP early next year that adds the program’s loan and public-private partnership financing tools, DOE said. 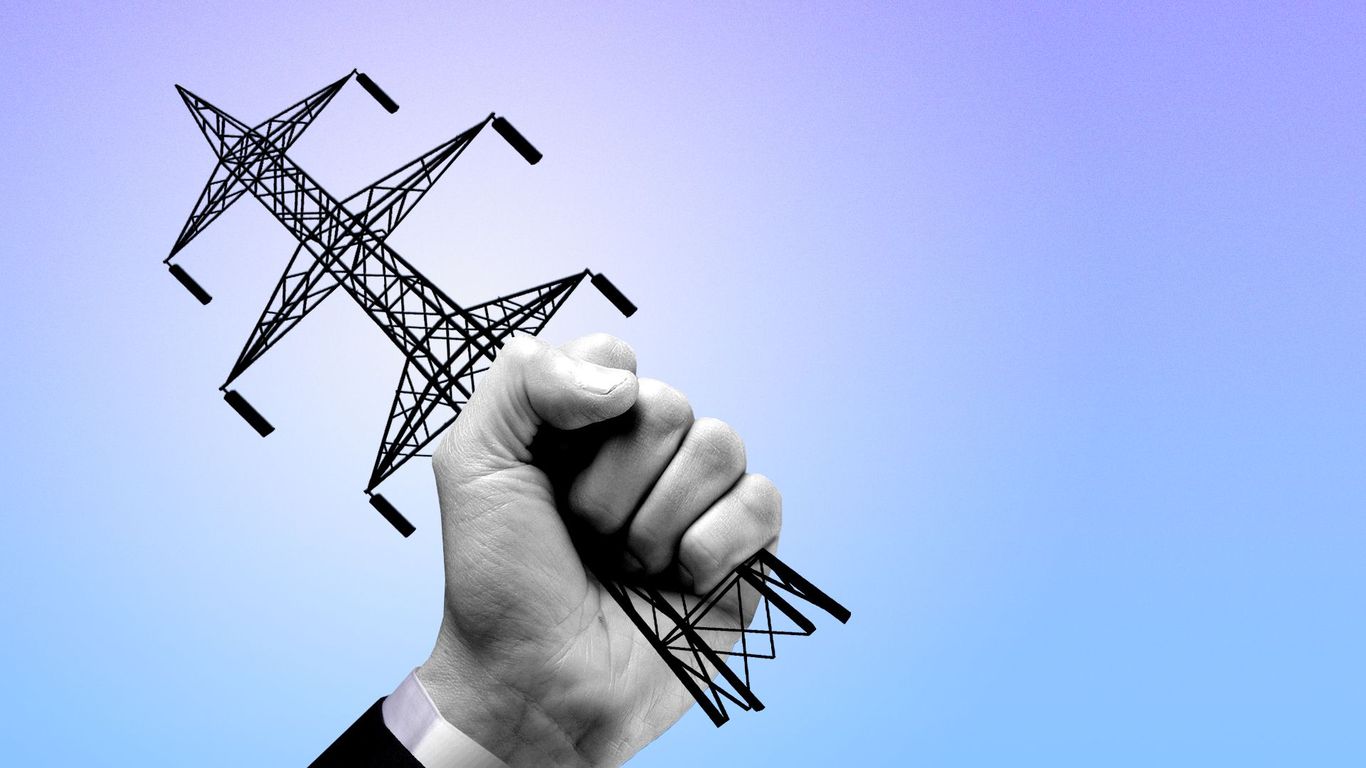 The U.S. wants back in the Asia trade game

The U.S. wants back in the Asia trade game