by mary hui
in World News
Reading Time: 2 mins read
A A
466
SHARES
1.8k
VIEWS
Share on FacebookShare on Twitter

China’s alumina exports to Russia have skyrocketed since the Russia-Ukraine war broke out.

That may bring Moscow a degree of relief. Russia’s two key suppliers of the metal, Ukraine and Australia, have halted shipments, knocking out a big chunk of Russian alumina imports. Russia needs alumina, also known as aluminum oxide, to make aluminum. Aluminum is a crucial component in everything from soda cans to automobiles to military products.

China’s increased exports will help Russia plug this significant hole in alumina supplies. In March, Russia bought 9,950 metric tons of alumina from China, according to Chinese customs data. That’s nearly 10 times more than what it purchased in the same period a year earlier. And China’s first-quarter exports of alumina to Russia are nearly six times the volume of all of 2021.

According to S&P Global, Russia imported a combined 275,000 metric tons per month from Australia and Ukraine prior to its invasion of its neighbor on Feb. 24, with the state-owned aluminum giant Rusal receiving the bulk of the supplies. China’s alumina exports make up a tiny fraction of that. Plus, China—the world’s biggest aluminium producer—needs alumina feedstock for its own smelters.

An analyst from commodities consultancy Wood Mackenzie told Reuters earlier that China could potentially buy up Australian alumina exports originally intended for Russia, then on-sell those supplies. But Chinese customs data so far hasn’t shown a dramatic increase in the country’s purchase of Australian alumina. One explanation could be the fear of secondary sanctions.

Alumina exports up, total exports downSo far, Russian aluminium giant Rusal has not been sanctioned. If it were, it could drive up already-high alumnum prices. The CEO of global mining group Rio Tinto said this week that any sanctions on Rusal would cause “pretty significant disruption” to the global aluminum market, while acknowledging that his company stands to gain from higher prices.

Sanctions on Russia have already drastically altered global trade flows. Even though China has dramatically stepped up alumina exports to Russia, its overall exports to its giant north neighbor have cratered since the war. The same goes for exports to Russia from countries including Taiwan, South Korea, Japan, Germany, and Switzerland, as the analyst Matt Klein noted recently in his newsletter, The Overshoot. 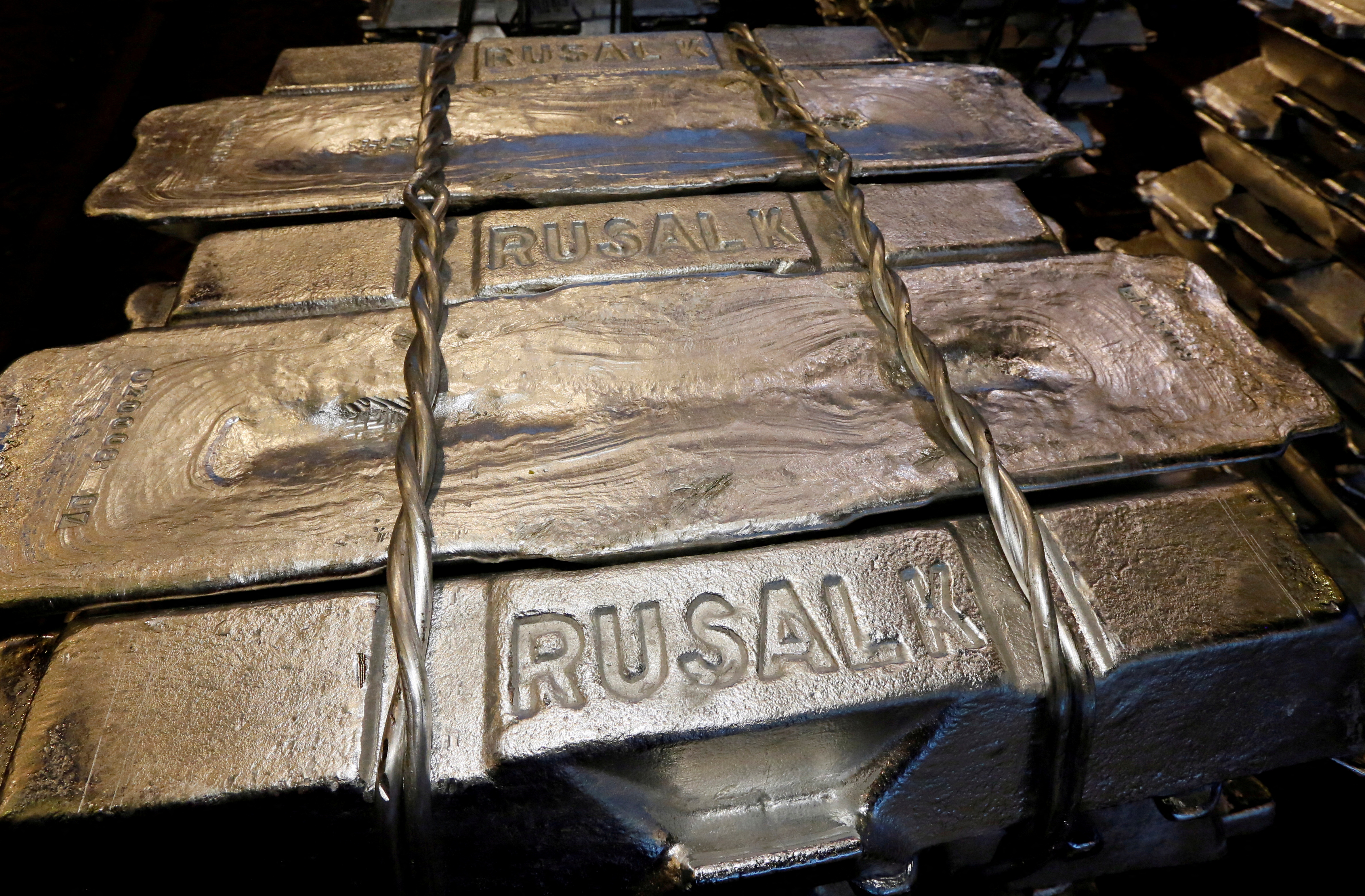