by tomi mayoral
in World News
Reading Time: 5 mins read
A A
464
SHARES
1.8k
VIEWS
Share on FacebookShare on Twitter

The Biden administration’s decision to step up aid to Ukraine is paying real-world dividends, providing not only the weapons to battle Russian forces but also the intelligence that’s helped Ukraine kill a stunning number of Russian generals and sink Moscow’s flagship vessel in the Black Sea.

While U.S. military and intelligence officials have denied their direct involvement in those deadly strikes, the assistance has been crucial to Ukraine’s recent battlefield successes.

The developments highlight the delicate dance being attempted by the Biden administration and its NATO allies, as they intensify the fight against Russian President Vladimir Putin while being careful not to provoke an escalatory response from a figure who controls the world’s largest nuclear arsenal.

“I think what it says is that the United States is involved in this war in virtually every way except direct fighting against the Russians,” Richard Fontaine, CEO of the Center for a New American Security, said of the intelligence sharing with the Ukrainians.

At the same time, Fontaine criticized U.S. officials for talking to the media about the contributions intelligence sharing has made to Ukraine’s fight, saying that the disclosures help fuel a false Russian narrative about the war being about NATO enlargement and a provocative West.

“By trying to get public credit in the press for helping to kill Russian generals and sink Russian ships, I am afraid that that aids that narrative in a way that is not productive,” Fontaine said.

Ukraine has fought back the Russian assault for 70 days and counting, bolstered by billions of dollars in weaponry from the U.S. and its allies that include light missile launchers, assault drones and, more recently, heavy artillery like Howitzers and tanks.

Biden administration officials have been open that they are sharing battlefield intelligence with the Ukrainians but have stressed that Kyiv is responsible for deciding what it targets and when.

“We have consistently been sharing intelligence that includes information the Ukrainians can use to inform and develop their military response to Russia’s invasion,” White House press secretary Jen Psaki said on March 3.

Ukraine has defeated the Russian assault on Kyiv and dealt Moscow some embarrassing defeats, including the strike that sank the Russian warship Moskva in April. Ukrainian officials have also said that their forces have killed at least half a dozen Russian generals and even more high-ranking Russian commanders.

A series of reports this week provided a window into the degree to which U.S. intelligence sharing has bolstered those efforts. The New York Times reported that the U.S. intelligence helped Ukraine target and kill Russian generals, but noted that officials said the U.S. prohibits itself from providing intelligence “about the most senior Russian leaders.”

The Washington Post and other outlets a day later reported that U.S. intelligence also aided Ukraine in downing the Russian ship.

The headlines drew swift rebuke from the administration — calling them misleading — and criticism from foreign affairs and national security professionals that the anonymous U.S. officials cited in the reports undermine Ukraine’s battlefield successes and bolster Kremlin propaganda that the West is targeting Russia.

Psaki called the reports about the Russian warship, the Moskva, “inaccurate” during a gaggle with reporters aboard Air Force One.

“The view is that, one, this is an inaccurate overclaiming of our role and an underclaiming in the role of the Ukrainians,” Psaki said, noting that she spoke to President Biden and his national security adviser, Jake Sullivan.

Pentagon press secretary John Kirby, who had earlier put out a statement that the U.S. did not provide Ukraine with specific targeting information for the Moskva, told reporters on Friday that Kyiv does not notify Washington about its Russian targets.

“We provide them useful, relevant intelligence so that they can better defend themselves,” he said. “They are under no obligation to tell us how they’re going to use that information.”

He added that the U.S. is not the “sole source of intelligence and information to the Ukrainians,” citing that other nations provide intelligence, without naming them specifically, and Ukrainian’s own intelligence-gathering capabilities.

House Intelligence Committee Chairman Adam Schiff (D-Calif.) said that the Biden administration is balancing the need to share with Ukraine the intelligence it needs without escalating the conflict between the U.S. and Russia.

“We are providing real-time intelligence to Ukraine to help them defend itself. I don’t think the administration wants to go into specifics about just what kind or what circumstances,” he told CNN on Thursday.

James Clapper, former director of Intelligence under the Obama administration, noted that, as is the case when the U.S. shares weaponry with Ukraine, it does not “attach conditional strings” to what Ukrainians use that intelligence for.

“We don’t share it with them with such caveats, as ‘here’s some good intelligence we have confidence in, but don’t use it to help kill generals, or sink ships,’ ” he said.

Clapper also noted the Ukrainians have their own intelligence apparatus and the information the U.S. is providing would be complemented by intelligence from other allies, like the U.K. and Poland.

John Herbst, senior director of the Atlantic Council’s Eurasia Center and who served as ambassador to Ukraine, called the reports “odd given how concerned [administration officials] were before about provoking Putin they are now doing this, which obviously can be considered a provocation.”

Herbst, who advocates for sending to Ukraine U.S.-made multiple rocket launchers and the Polish-owned MiG fighter jets that were rebuffed by the administration, said that from his perspective the U.S. could be providing even more actionable intelligence than is being observed.

“My understanding is that we are not providing what I believe we should be, which is continuous real time intelligence about Russian military assets. We provide some, but it’s short of what I’ve just said.”

Administration officials have stressed that the broad picture of U.S. support to Ukraine, and that includes the intelligence sharing, has been decisive in helping Kyiv push back against Russia’s aggression.

“The most visible line of effort is the weapons,” said Charles Kupchan, a senior fellow at the Council on Foreign Relations who served on former President Obama’s National Security Council. “But there are other lines of effort that have been very important, including the sharing of intelligence and help with cybersecurity.”

Secretary of Defense Lloyd Austin said the administration’s objective was not only to help Kyiv fend off Russian forces, but also to damage Moscow in ways that would prevent similar acts of Russian aggression in the future — a message the administration had studiously avoided in the earlier stages of the conflict.

“We want to see Russia weakened to the degree that it can’t do the kinds of things that it has done in invading Ukraine,” Austin said while visiting Poland last month and following a high-stakes visit to Kyiv.

Congress is currently drafting legislation to meet Biden’s latest request of $33 billion in additional funding for the fight, primarily in the form of arms, ammunition and increasingly sophisticated weapons systems.

Speaker Nancy Pelosi (D-Calif.), dismissing the growing costs as a simple necessity, has said votes on the legislation could happen as soon as next week.

“Can we afford it? We can’t afford not to do it,” she said Wednesday.

Jordan Williams contributed to this report. 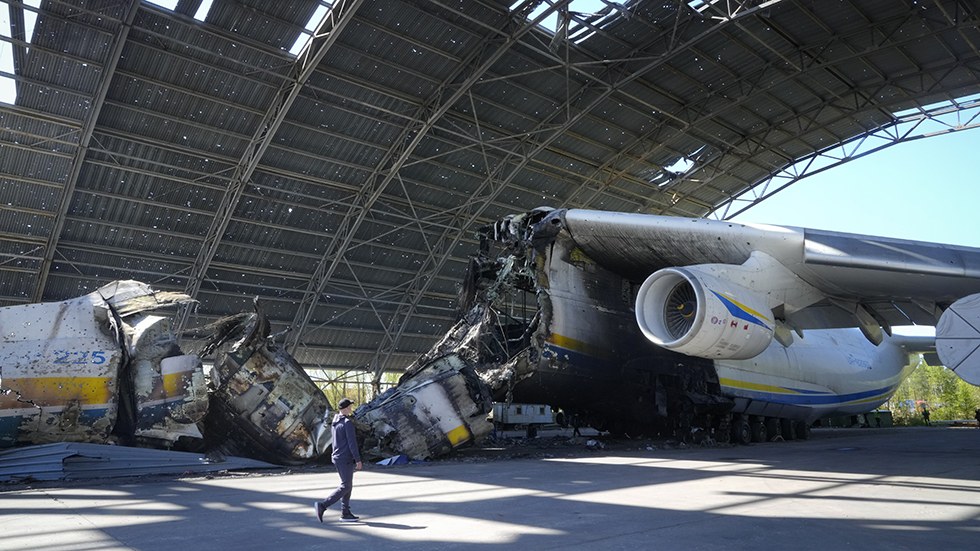