by nick squires
in World News
Reading Time: 2 mins read
A A
464
SHARES
1.8k
VIEWS
Share on FacebookShare on Twitter

Italian authorities on Friday night impounded a multi-million pound superyacht that allegedly belongs to Vladimir Putin amid speculation it was about to leave the marina in which it has been berthed for months.

Daniele Franco, the Italian economy minister, signed a decree late on Friday night that freezes any movement of the Scheherazade, a huge vessel that boasts spas, a cinema and helipads and is thought to be worth £500 million.

The minister acted after the Guardia di Finanza, Italy’s finance and customs police, said they had found evidence that the vessel is linked to elements in the Russian government.

Without naming names, they said there were links between the yacht and Russians who have been hit with EU sanctions, a list that includes Putin.

There were “significant economic and business links” between the vessel and “elements of the Russian government”, including Russians who have been placed under sanctions since the start of the war in Ukraine, the finance police said.

On the basis of these findings, Mr Franco decided to order the freezing of the asset.

“The vessel, which flies under the flag of the Cayman Islands and is berthed in Marina di Carrara, has been for some time under the scrutiny of the relevant authorities,” the police said.

The yacht has been berthed in the marina, on the coast of Tuscany, for months. The Telegraph saw crew members bustling about its deck this week amid speculation it was about to leave Italy and head for the open sea.

For weeks, Italian police have been trying to find out who owns the vessel. Activists and investigative journalists linked to Alexei Navalny, the imprisoned Russian opposition leader, are convinced it belongs to Putin.

They obtained information suggesting that many of the crew were members of the Federal Protection Service, which provides security for the Russian president.

Marina di Carrara, backed by sheer mountain sides scarred by centuries of marble mining, is in a part of Tuscany that has become very popular with wealthy Russians.

About 12 miles to the south is the upmarket resort of Forte dei Marmi, packed with expensive restaurants offering menus in Russian. 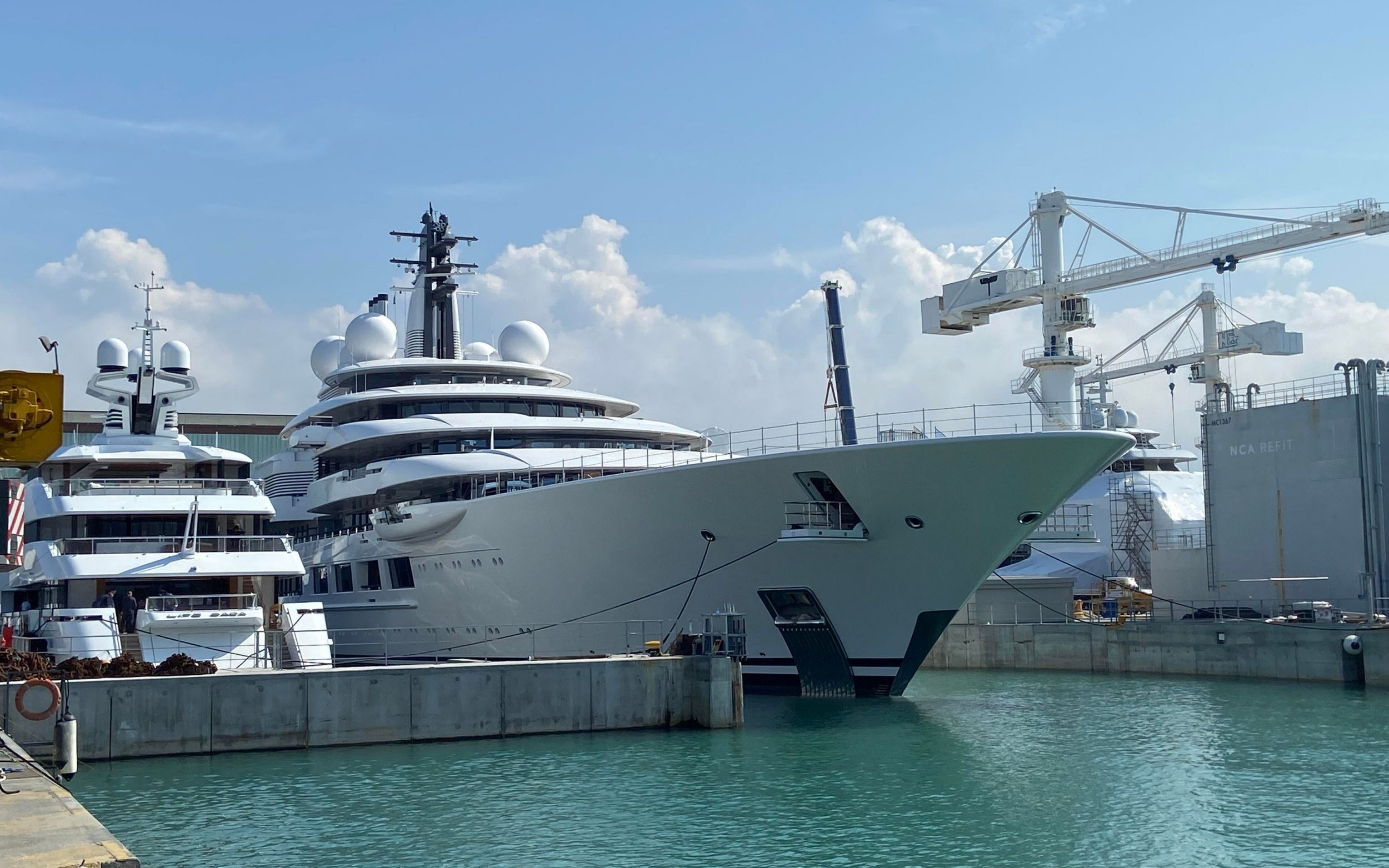 Former Ambassador to Ukraine William Taylor on “The Takeout”

Amid EU’s proposed Russian oil ban, ruble gains 11% against the dollar and euro within a week

Amid EU’s proposed Russian oil ban, ruble gains 11% against the dollar and euro within a week