by kirsty needham
in World News
Reading Time: 2 mins read
A A
464
SHARES
1.8k
VIEWS
Share on FacebookShare on Twitter

Fiji authorities searching a yacht seized on behalf of the US have found documents implicating its suspected owner, Russian oligarch Suleiman Kerimov, in breaking US law, the FBI says.

The Amadea arrived in Fiji on April 13, after an 18-day voyage from Mexico, and has since been the focus of a US bid to seize it as part of US sanctions against Russia over its invasion of Ukraine.

Fiji police and FBI agents seized the Amadea at a wharf on Thursday, two days after a Fiji court granted a US warrant that linked it to money laundering.

Fiji’s High Court on Friday refused a stay application by the vessel’s registered owner, Millemarin Investments, to stop US authorities removing it from Fiji, Fiji’s public prosecutor said in a statement.

The $US300 million ($A418 million) superyacht had been handed over to US authorities, it said.

The FBI said in an affidavit attached to the US seizure warrant that Fiji authorities had found documents on the Amadea showing breaches of US law because Kerimov was sanctioned by the United States in 2018.

“There is probable cause to believe that Kerimov and those acting on his behalf and for his benefit caused US dollar transactions for the operation and maintenance of the Amadea to be sent through US financial institutions, after a time which Kerimov was designated by the Treasury Department,” the FBI said.

The vessel had running costs of $US25 million to $US30 million, it said.

Lawyers for its registered owner, Cayman Islands company Millemarin Investments, have denied it is owned by Kerimov. The vessel’s lawyer, Feizal Haniff, declined to comment to Reuters on Friday.

The US alleges Kerimov has beneficially owned the Amadea since August 2021 but evidence for this claim was redacted in the warrant.

The FBI said the Amadea had tried to avoid being seized “almost immediately” after Russian troops entered Ukraine.

“Amadea turned off its automated information systems (AIS) on February 24, 2022, almost immediately after the start of the Russian invasion of Ukraine,” the FBI said.

The vessel’s paperwork showed the next destination would be the Philippines but the FBI believed it was headed to the Russian Pacific port of Vladivostok.

Many Russian oligarchs have attempted to move their yachts to Russia to escape US sanctions since March, the FBI said.

The US Justice Department’s Taskforce KleptoCapture has focused on seizing yachts and other luxury assets to put the finances of Russian oligarchs under strain in a bid to pressure Russian President Vladimir Putin over the war in Ukraine.

FBI Director Christopher Wray, commenting on the seizure of the Amadea in Fiji, said in a statement: “The FBI, along with our international partners, will continue to seek out those individuals who contribute to the advancement of Russia’s malign activities and ensure they are brought to justice, regardless of where, or how, they attempt to hide.” 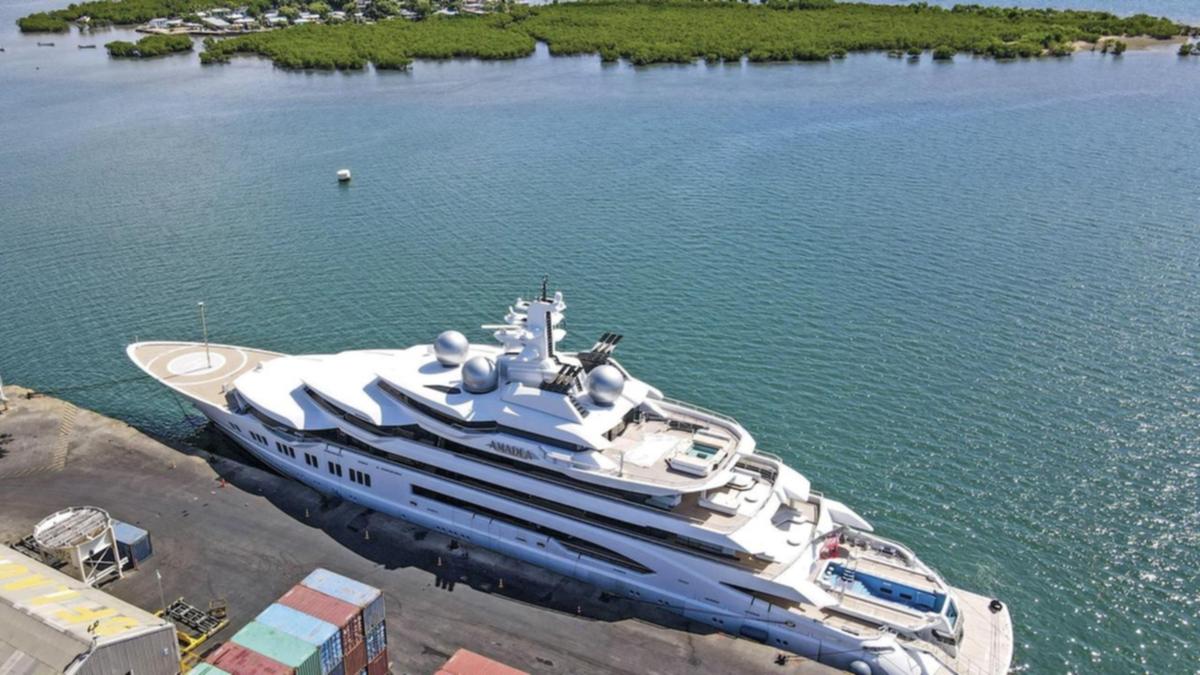