Minister for Information, Kojo Oppong Nkrumah has stated that, government has welcomed the report by the Reporters Without Borders (RSF), on Ghana’s press freedom, with measures to rectify the anomalies.

According to him, the report by RSF is a baseline reference document, which may be used to gauge Ghana’s press freedom in the future.

In a statement on Wednesday, the sector Minister stressed that even though the publishers called for circumspection in comparing the 2022 report to that of 2021, due to the differences in methodology, government will still consider a raft of measures to improve the country’s rating.

“The Government of Ghana in pursuance of its desire to continuously promote press freedom and the safety of journalists, intends to do the under-listed;

Work in collaboration with the National Media Commission to deepen the execution of the Coordinated Mechanism on the Safety of Journalists.Collaborate with stakeholders including Civil Society Organisations in deepening education for State and non-State actors on the safety of journalistsTo address the RFS’ concern about the poor economic conditions of most journalists in the country, government will continue engagements with media associations including media owners to improve the working and economic conditions of journalists. Collaborate with stakeholders in the fight against disinformation and spread of fake news”, the statement revealed. Touching on the positive highlights of the report, Kojo Oppong Nkrumah, noted Ghana’s areas of strides, stating that, “Ghana performed creditably well in three (3) of the five (5) parameters under the new methodology, namely, Political Context, Legal Framework and Social Context. Ghana scored 66%, 81% and 79% in that order.

It is worthy of note that this rather significant performance amidst a general downgrade is largely due to initiatives such as the passage of the Right to Information Act, the Coordinated Mechanism on Safety of Journalists and the Media Capacity Enhancement Programme”.

The Reporters Without Borders (RSF), a France-base NGO on Wednesday, published a report, detailing Ghana’s performance in terms of press freedom.

According to them, Ghana has dropped 30 places in the latest press freedom index put together by Reporters Without Borders for 2022.

The report, which was released to commemorate International Press Freedom Day, 2022, scored Ghana 67.43, placing Ghana 60th on the index that monitored 180 countries.

This ranking is the lowest the country has ever seen in the past 17 years since it placed 66th in 2005.

On the African continent, the country was ranked 10th behind a number of African countries, including Burkina-Faso which ranked 6th on the continent.

However in 2018, Ghana ranked first in Africa, a slot which is now being occupied by Seychelles.

The report also said “government has shown itself intolerant of criticism. In addition, one-third of media outlets are owned by politicians or by people tied to the top political parties. The content they produce is largely partisan”.

As part of the reasons for Ghana’s dip in the performance, the Reporters Without Borders, explained that based on its findings, journalists in Ghana do not earn decent incomes to sustain their livelihoods. The group therefore scored Ghana 47.22, in terms of the economic context of journalists.

Other indicators which were also used in the computation of Ghana’s current rating included the country’s political, social, legislative and security contexts, amongst others.

Commenting on the findings, Kojo Oppong Nkrumah further intimated, “It is important to emphasize that the change in methodology significantly accounted for the drop in ranking for a number of countries including the Netherlands that dropped from 5 (2021) to 28 (2022) in global ranking.

Due to this development, four (4) of the countries (Netherlands, Jamaica, Switzerland and New Zealand) that ranked top ten (10) in 2021 significantly dropped in ranking, slumping out of the top ten (10) in the year under review”.

He added that, “It is worthy of note that Ghana’s dip in ranking was largely influenced by two of the new parameters, namely, the Economic Context and Safety of Journalists where the country scored 47.22% and 62.25% respectively.

The country comparatively performed better in guaranteeing safety of journalists (62.25%) juxtaposed to economic factors that influence media work (47.22 %) underpinned by poor salaries for journalists and the lack of financial sustainability of some media houses, making a number of them economically less viable”.

Meanwhile, the New Patriotic Party (NPP) has condemned portions of the 2022 World Press Freedom Index which tagged the Akufo-Addo administration as “intolerant of criticism from citizens and the media”.

The party argued that, in contrast, the media under the NPP is the freest ever.

Speaking at a press conference on Wednesday, Director of Communications of the party, Yaw Boaben Asamoa noted that the party’s contribution to the growth of the media under the Fourth Republic is rather exceptional.

NPP Director of Communications, Yaw Buaben Asamoa“The NPP believes Ghana’s media is the freest ever and that its contribution to media growth are unparalleled in the Fourth Republic”, he said.

“In sum, NPP decriminalised speech, supported infrastructure and training with the International Press Centre and support funds and improved spectrum allocations and regulatory oversight”, he added. 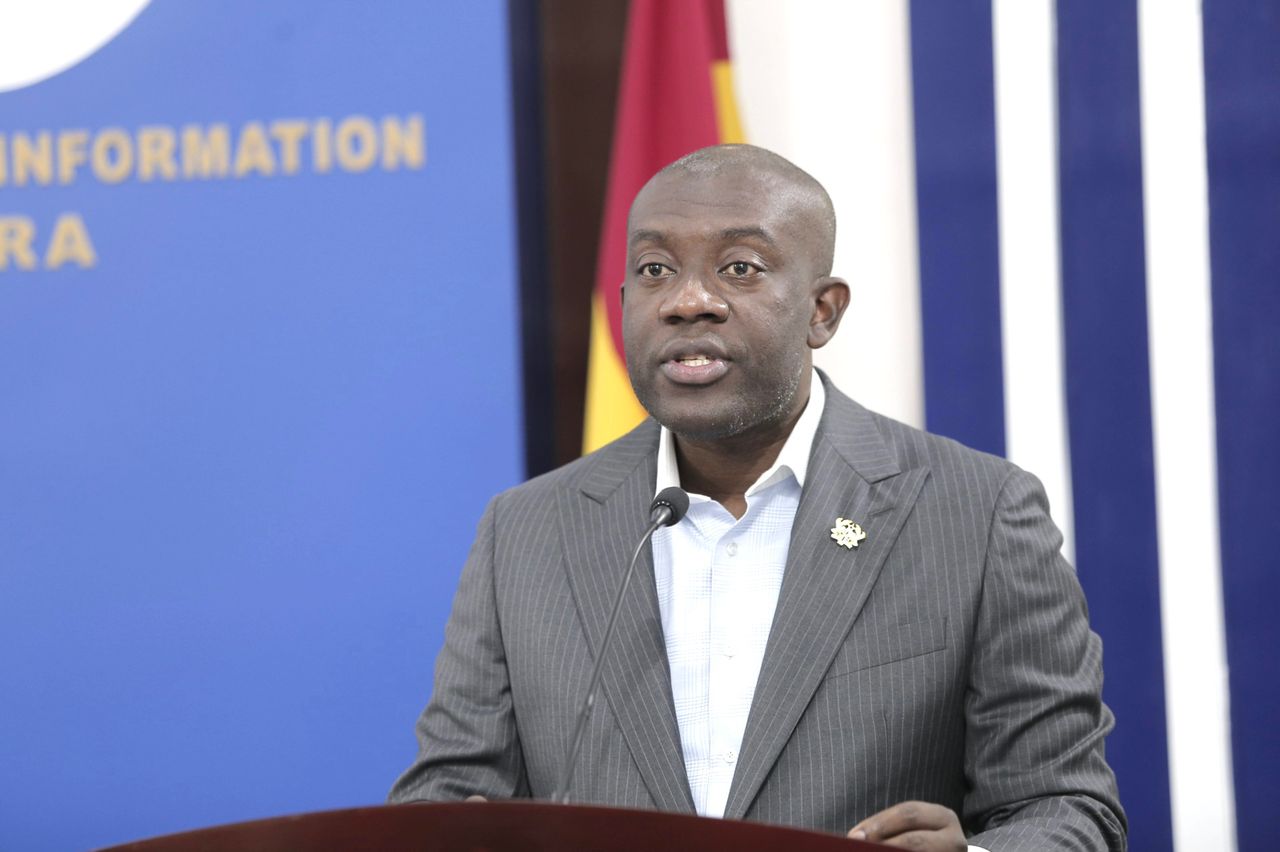