by johnathon wrona
in World News
Reading Time: 2 mins read
A A
464
SHARES
1.8k
VIEWS
Share on FacebookShare on Twitter

A sign on the roof of the Credit Suisse Group AG headquarters in Zurich, Switzerland, on April 19, 2022. (Photo: Bloomberg)

A controversial feature of Switzerland’s vaunted banking-secrecy rules has come under attack from a United Nations human-rights expert who’s urged the Swiss government to immediately review its statutes.

Anyone who divulges information on bank clients without justification to an outside source risks as long as three years in prison, according to Swiss law. But the problem with the law is that it provides for few exceptions and none for journalists doing their job or whistle-blowers acting in the public interest, says Irene Khan, the UN’s rapporteur on freedom of opinion and expression.

“Failure to guarantee the protection of whistle-blowers risks breaching the public’s right to information,” she wrote to Swiss President Ignazio Cassis in a six-page letter dated March 3. A former secretary general of Amnesty International, Khan was appointed to her role in 2020 and is the first woman to hold the position.

By restricting third parties from disclosing important information to journalists, it may also directly limit the right to freedom of the press, Khan argued. “This results in a chilling effect on freedom of expression and the freedom of media, in addition to hampering the free flow of information,” she wrote.

Although Swiss banking secrecy has been undermined by new international rules requiring the country’s banks to share information with foreign tax authorities, the punishment for unauthorised information dumps remain stiff and continue to be prosecuted by Swiss justice.

Juerg Lauber, Switzerland’s Ambassador to the UN, replied to Khan in a letter dated April 29. No journalist has been prosecuted under the law that was introduced in 2015, Lauber pointed out.

Nevertheless, he said, the Commission for Economic and Fiscal Affairs of the National Council has already announced it will discuss and assess the impact on the journalists from the law in the second quarter of this year, he said.

“Switzerland is deeply committed to the protection of all human rights and recognises the importance of media freedom for democracy and the rule of law,” he wrote.

The issue came to a head in February with the publication of the so-called Suisse Secrets, a series of newspaper reports based on leaked data on more than 18,000 accounts belonging to Credit Suisse Group AG clients that together held more than US$100 billion. An anonymous whistle-blower gave the information to German newspaper Sueddeutsche Zeitung, which shared the data with a non-profit journalism group and dozens of other news organisations worldwide.

Tamedia, which publishes the Swiss-German daily Tages-Anzeiger and has worked on such collaborative projects in the past, couldn’t work on Suisse Secrets because of a risk of falling afoul of the bank secrecy law. Tages-Anzeiger reported Khan’s letter yesterday and included a copy of the letter in its article.

The UN rapporteur urged the Swiss government to conduct a “careful” review of the law to ensure protection is afforded to “all persons” who disclose information they reasonably believe at the time to be in the public interest.

The Swiss government did not immediately return a request for comment. 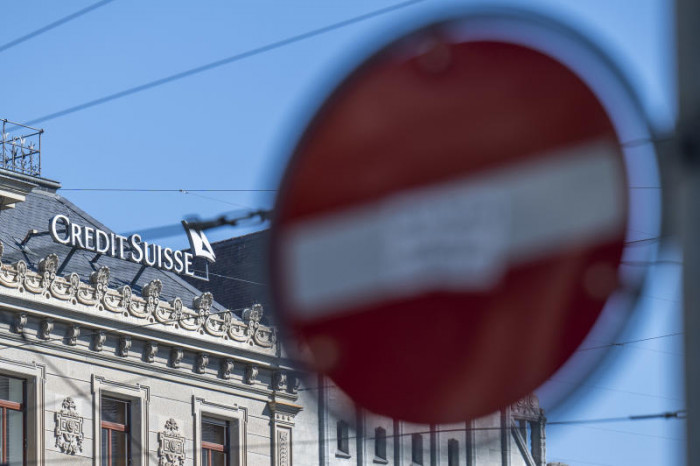