by timothy craig
in Bitcoin
Reading Time: 3 mins read
A A
464
SHARES
1.8k
VIEWS
Share on FacebookShare on Twitter

Some of Bitcoin’s biggest advocates have defended Bitcoin mining in a letter to the Environmental Protection Agency.
The letter refutes a plea to investigate the negative environmental impacts of Bitcoin mining sent to the EPA by House Democrats on Apr. 20.
The letter also mentions the Bitcoin Mining Council’s latest survey results that estimates 58.4% of all mining now uses sustainable energy.

A cohort of Bitcoin industry executives has refuted claims made by House Democrats calling on the Environmental Protection Agency to investigate the environmental effects of crypto mining.

The rebuttal argues against several claims made in Huffman’s letter, which was sent to the EPA on Apr. 20. Of primary concern was that the initial letter conflated Bitcoin mining data centers with power generation facilities. “Power generation facilities are not data centers. Datacenters which contain ‘miners’ are no different than datacenters owned and operated by Amazon, Apple, Google, Meta, and Microsoft,” the rebuttal stated. In reference to a specific crypto mining operation powered by a facility in Greenidge, New York, the letter asserted that the facility does not currently utilize coal in its operations. As such, claims that coal ash ponds at Greenbridge result from current crypto mining operations would be false.

Additionally, the rebuttal also answers claims that the crypto mining industry generates huge amounts of electronic waste. Huffman’s letter asserted that Bitcoin mining produces 30,700 tons of e-waste annually; however, according to today’s note, such figures were pulled from a highly-criticized research study that assumed mining rigs would need to be retired after an “extremely short” 1.3-year period.

The letter also mentions the Bitcoin Mining Council’s latest survey results. According to the study, which consisted of a bottom-up analysis of 50% of the current hashrate, Bitcoin miners surveyed use 64.6% sustainable energy. By extending this analysis globally using conservative assumptions, it’s estimated that 58.4% of all mining now uses sustainable energy.

Today is not the first time prominent figures such as Jack Dorsey have promoted environmentally conscious Bitcoin mining. At the start of April, Dorsey joined Tesla’s Elon Musk to advance plans for a solar powered Bitcoin mining facility in Texas.

While today’s letter marks a significant pushback against Bitcoin’s detractors, the argument over the environmental impacts of crypto mining is far from over. Whether the rebuttal will sway the Environmental Protection Agency’s decision to pursue its investigation into crypto mining remains to be seen.

Disclosure: At the time of writing this piece, the author owned ETH and several other cryptocurrencies.

Semiconductor giant Intel has announced a new cryptocurrency mining chip, according to a press release published Apr. 4. Intel Introduces Blockscale ASICs Intel will roll out its line of application-specific…

No Joke: Only 2M Bitcoin Remain to Be Mined 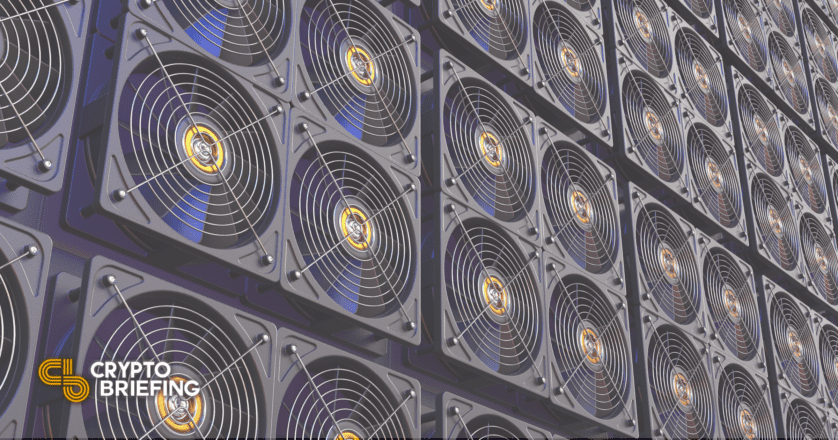 Blockchain Development and Its Future

Blockchain Development and Its Future