by elroy menjivar
in World News
Reading Time: 3 mins read
A A
464
SHARES
1.8k
VIEWS
Share on FacebookShare on Twitter

Ukrainian forces, many from Kyiv, have pushed back Putin’s invaders from the country’s second-largest city of Kharkiv. On a frontline that had seen days of fighting journalists discovered the corpses of soldiers arranged in a grisly Z pattern. It is not clear how the bodies came to be arranged as such, but doing so likely constitutes the war crime of disrespecting the dead.

The bodies of civilians were also found inside apartments and burned-out buildings nearby.

The journalists discovering the horrid sight described the countryside surrounding Kharkiv as an “open-air graveyard”.

Bodies litter the streets and fields of Ukraine around the city.

A report from the Pentagon says that while Russia launched 30 missiles against targets inside Ukraine yesterday, their gains have been “tepid”.

The US added that Russia’s slow advance is due to commanders trying to preserve troops following heavy losses in the attempted capture of Kyiv.

The bodies found in a Z pattern have been taken to a morgue yesterday, May 2, reports AP.

The soldiers were found arranged in the Russian ‘Z’ symbol (Image: Reuters)

They added that an investigation into their identities will follow, but may prove hard to establish.

This is partly due to the state in which many of the bodies were found.

The report states: “The body of a man with Ukrainian insignia turned out to have the identity papers of a Russian soldier.

“The apartment where the three bodies were found had been badly shelled, but it wasn’t clear what killed them.”

According to the Red Cross, mutilating dead bodies in international armed conflicts is covered by the war crime of “committing outrages upon personal dignity” under the Statute of the International Criminal Court.

The Elements of Crimes states this also applies to the dead.

The ‘Z’ symbol, which roughly translates in Russian to “be for your own” has emerged as a rallying cry for supporters inside and outside the country.

Russian riot police reportedly wear the symbol, and it has also been seen on Russian vehicles.

Meanwhile, Ukrainian forces bunkered in the Azovstal steel works in Mariupol continue to hold out against the Russian advance.

The bombardment from Putin’s forces resumed on Sunday after 48-hour ceasefire to allow 100 civilians to evacuate.

Around 12 battalions that had been committed to taking the city have now moved out and been sent to the frontline further north, to aid in the fight for Donbas.

Kyiv believes that Russia is planning to stage a referendum in Kherson as a pre-text to declaring it independent of Ukraine, perhaps to coincide with a Victory Day parade in Moscow on May 9 marking the surrender of Nazi Germany.

The US is also warning that Russia could soon move to annex areas of Luhansk and Donetsk which have been occupied by rebel groups it has supported since 2014.

Kharkiv has been the site of fierce fighting (Image: Getty) 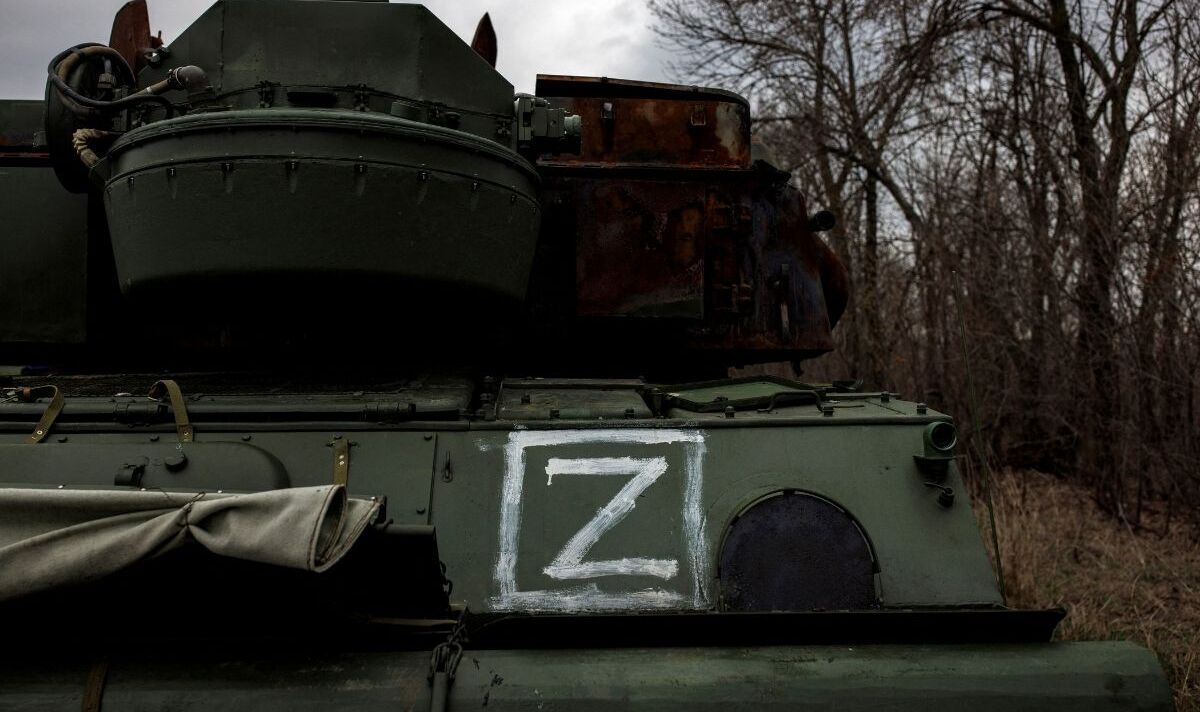 The countries most reliant on Russian gas

The countries most reliant on Russian gas