by thomas geddes
in World News
Reading Time: 3 mins read
A A
464
SHARES
1.8k
VIEWS
Share on FacebookShare on Twitter

Nicola Sturgeon said the SNP would seek to establish Scotland as a non-nuclear nation should the party succeed in its push for independence despite Vladimir Putin hanging his nuclear arsenal over the world like Damocles’ sword. The First Minister insisted nuclear weapons are “dangerous” as she insisted her party would seek to remove the current British deterrent in Faslane if Scotland broke away from the rest of the United Kingdom. Speaking to Sky News’ Sophy Ridge on Sunday, Ms Sturgeon said: “I would like to see an independent Scotland being a non-nuclear member of NATO.

“Remember, the vast majority in the world don’t have nuclear weapons.

“I would like an independent Scotland – albeit it is a small country, we have a strategically important geographic position in the North Atlantic – to be a constructive and participating member of NATO.

“I think one of the big questions for my party and for those who support an independent Scotland, is to think in this new world order we’re living in post the Russian invasion of Ukraine, where many of the things we’ve taken for granted in the post-Cold War era have been turned on their heads, we need to think about what an independent Scotland would bring to that NATO alliance?”

Sturgeon insisted an independence Scotland under the SNP would non-nuclear (Image: SKY NEWS)

Nicola Sturgeon insisted the SNP would not rush the UK to remove its nuclear submarines (Image: SKY NEWS)

She added: “The question of NATO membership has not always been one that unifies the SNP, but I think in the world we’re living in is very important to recognise that would be vital for the security of an independent Scotland.

“And we would have a duty to play our part in that broader security arrangement.”

Asked about whether her party would rush the British Government to remove its nuclear submarine base from Faslane after independence, Ms Sturgeon insisted the SNP would still make safe arrangements to move the base out of Scotland.

She added: “We’re a non-nuclear party and, obviously, there’s a big assumption that the SNP would be in government in an independent Scotland.

Nicola Sturgeon says she wants Scotland to be ‘non-nuclear’”I hope that would be the case but I’m speaking here for the policy of my party – nuclear weapons are dangerous and we would always be responsible in terms of the negotiations about the timing and the practical arrangements for the removal of nuclear weapons from Scotland.

“We would not be in any way irresponsible about that. But we’re a non-nuclear party and we would want an independent Scotland and the vast, vast majority of countries around the world are non-nuclear.

“The vast majority of NATO members are non-nuclear so that is the norm.”

Nicola Sturgeon and Boris Johnson were both banned from Russia (Image: PA)

Despite her party’s position on nuclear weapons, Nicola Sturgeon has maintained a hard stance towards Russia and its hostility towards the West.

Ms Sturgeon was among 13 politicians, including Boris Johnson and most of his Cabinet, banned from entering Russian territory.

She brushed aside being included in Putin’s “stop list”, reiterating: “Putin is a war criminal and I will not shy away from condemning him and his regime”.” 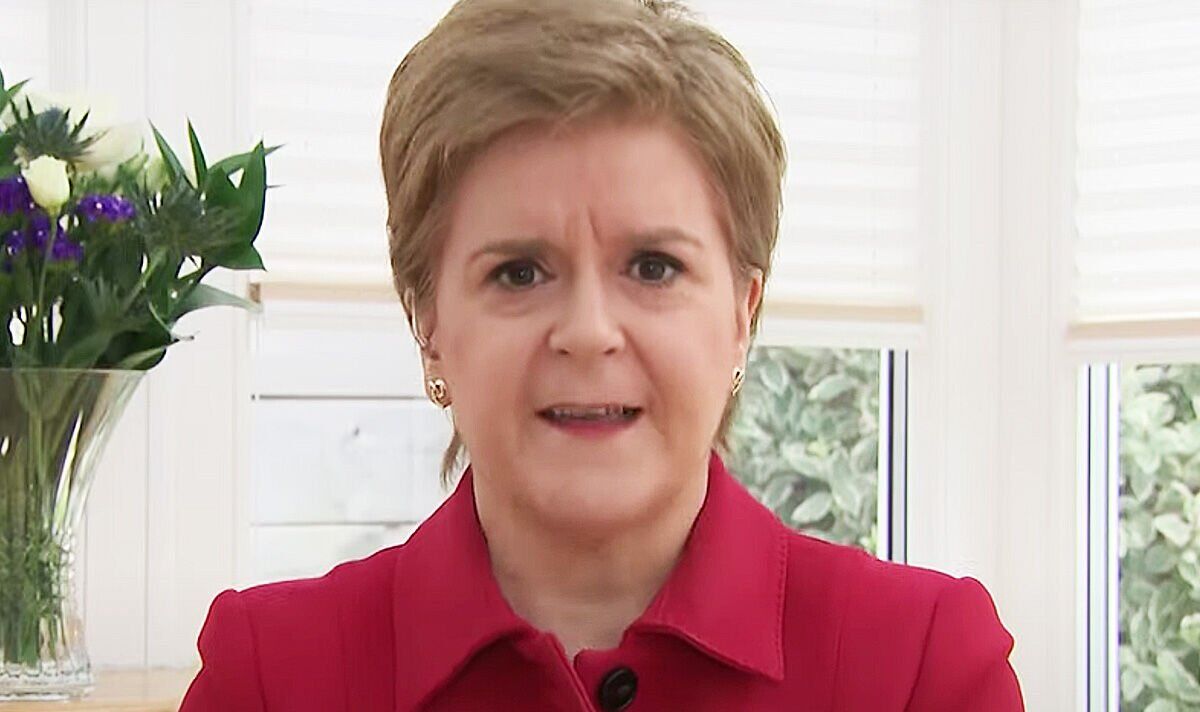