by ibukun aluko
in Africa News
Reading Time: 1 min read
A A
464
SHARES
1.8k
VIEWS
Share on FacebookShare on Twitter

The Godswill Akpabio International Stadium in Uyo has been picked by the Confederation of African Football (CAF) to host the Final of the 2022 CAF Champions League.

The final of the tournament has been scheduled for the 29th of May.

The Finalists have not been decided yet as there are still semifinal games between Atletico Petroleos de Luanda of Angola and Wydad Casablanca of Morocco while Ah Ahly of Egypt will face ES Setif of Algeria.

The Akpabio Stadium has been inspected by CAF officials and approved good enough to host the final according to Paul Bassey who is the Senior Special Assistant on Sports to the Governor of Akwa Ibom, Emmanuel Udom.

The CAF Final is a one-game clash, as opposed to what it used to be, where two-legged ties between the finalists determine the Champion of the tournament. 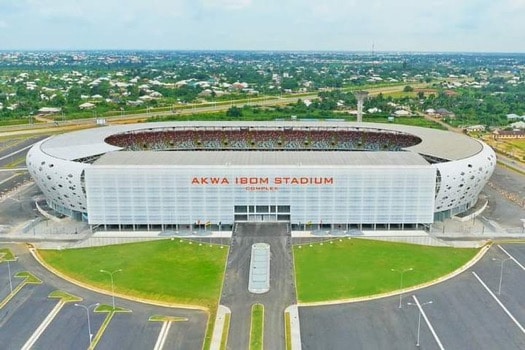 “Burna Boy Is Better Than Jay-Z”

“Burna Boy Is Better Than Jay-Z”