by malay mail
in World News
Reading Time: 4 mins read
A A
464
SHARES
1.8k
VIEWS
Share on FacebookShare on Twitter

SINGAPORE, May 1 — The outlook for Singapore’s post-pandemic recovery has clouded and the risks have grown considerably, particularly due to the impact of Russia’s invasion of Ukraine, Prime Minister Lee Hsien Loong said today (May 1), warning that there may be a recession within the next two years.

Speaking to unionists at Downtown East and those who were present virtually at the hybrid May Day Rally, Mr Lee said that while the Government is doing all it can to cushion the impact of the war on Singaporeans and alleviate cost of living pressures, Singapore must be prepared for more economic challenges ahead.

And due to the increase in energy prices caused by these “global headwinds”, Singapore will be set back about S$8 billion (RM25.2 billion) a year, he added.

Mr Lee said that as the war in Ukraine continues, there is “no good outcome in sight”, and he foresees that the fighting will likely drag on for “quite a while longer”.

“The longer the war continues, the greater the risk of the conflict escalating,” said Mr Lee. He added that more destructive weapons are being used in the conflict, and there are also reports of possible Ukrainian attacks on Russian military bases in Russia itself.

“If the war spreads beyond Ukraine’s borders, or unconventional weapons are used, no one will be able to control how the situation unfolds,” he added.

More immediately, Singaporeans are also feeling the impact of the war on the cost of living.

“Inflation was already a problem before Ukraine, but the war has made it worse,” said Mr Lee.

Russia is a major exporter of oil and gas, and the war has caused a worldwide energy crunch, which has led to electricity and petrol prices going up. Global food prices have also risen, with Ukraine being one of the world’s largest exporters of cereal crops and vegetable oils.

“The Government is doing all it can to cushion the impact on Singaporeans and alleviate the cost-of-living pressures,” said Mr Lee.

The Household Support Package in this year’s Budget contained many direct measures to help households, such as U-Save rebates, Community Development Council vouchers, and Service and Conservancy Charges rebates.

MAS has also tightened its monetary policy to reduce imported inflation, which is why the Singapore dollar has appreciated. Steps have also been taken to secure food and energy supplies, just in case supplies are disrupted by the ongoing war. “All this will help, but we must be prepared for more economic challenges in the year ahead,” Mr Lee said.

Inflation will remain high and major central banks are tightening their monetary policies.

“Global growth will be weaker and there may be a recession within the next two years,” he added. “Singapore is tightly integrated into the global economy (and) given our small size, we will always be a price taker in world markets, so we cannot avoid these global headwinds.”

For instance, Singapore imports nearly all its supplies of energy, except for the solar electricity that it generates itself.

When the oil price was around US$50 (RM217.70) per barrel, the annual imports of crude oil and natural gas cost Singapore roughly S$30 billion per year.

“When oil prices double from US$50 to US$100, which they have done since the beginning of last year, we have to pay double, too, which means we all have to pay an extra S$30 billion per year,” he said.

While part of this extra cost can be recovered by charging more for exports, the rest has to be borne by Singapore households, businesses and the Government.

“MTI (the Ministry of Trade and Industry) estimates our hit is about S$8 billion per year, that’s 1.5 per cent of our GDP,” Mr Lee said. “That means we in Singapore have become collectively S$8 billion poorer off per year, and there is no escape from this.”

Government support schemes may help to share the burden and ease hardships on households in the short term, but in the long term, “this does not really solve our problem”, he added.

“We must address the fundamental issue: That higher energy and food prices have made us collectively worse off, and the fundamental solution is to make ourselves more productive, transform our businesses and grow our economy to uplift everyone,” he said.

Only then can incomes go up and “more than make up” for the higher prices of energy and food.

“Then we can all become better off, in real terms.”

“This issue has been on my mind ever since my timeline for succession was disrupted by the virus,” he said.

He added that Mr Wong emerged as the “overwhelming consensus choice”, having been unanimously endorsed by all his Cabinet colleagues and then by all the People’s Action Party Members of Parliament as the leader of the 4G team.

Mr Wong will be taking on a heavy responsibility and will have to lead Singapore in a very different and uncertain world, he said.

He will need the full support of his Cabinet colleagues and also rely on union leaders to work with him and to continue partnering him and his future team.

“I ask you to give Brother Lawrence Wong and his team your fullest support,” he said. — TODAY 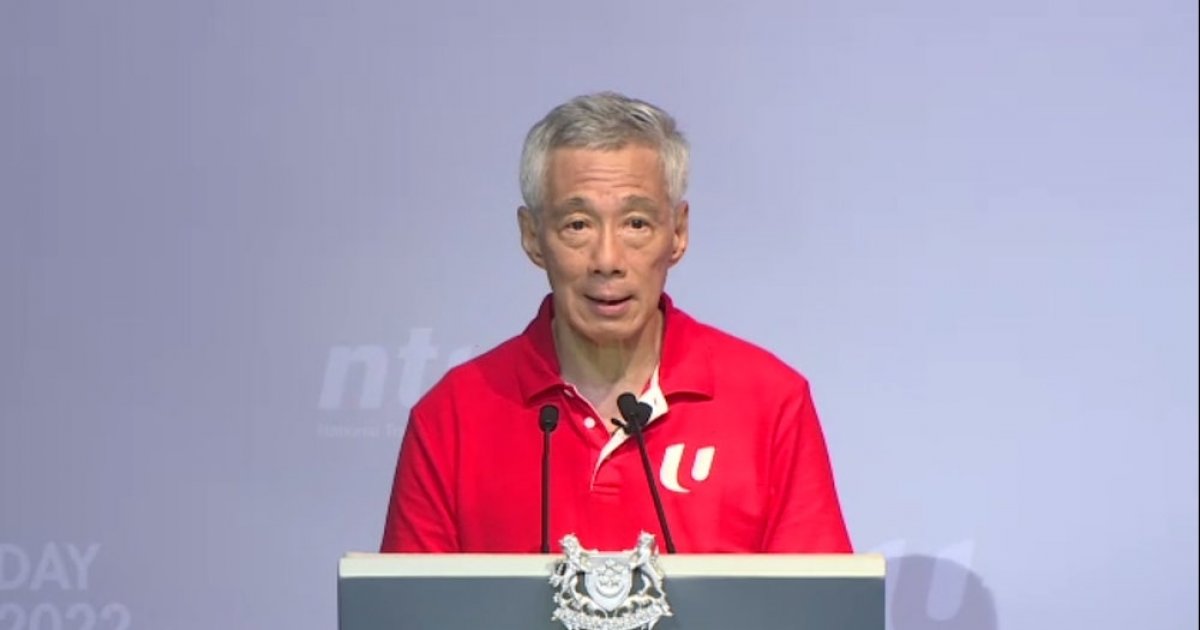