by jeff foust
in World News
Reading Time: 3 mins read
A A
464
SHARES
1.8k
VIEWS
Share on FacebookShare on Twitter

WASHINGTON — NASA says it expects to know by June whether a Russian cosmonaut will fly on a Crew Dragon mission in September in exchange for a NASA astronaut flying on a Soyuz, as the agency’s leadership continues to express optimism about long-term cooperation with Russia on the space station.

At an April 26 briefing about the upcoming Crew-4 Crew Dragon mission to the International Space Station, Joel Montalbano, NASA ISS program manager, said the agency was waiting for Russia’s foreign ministry to approve an agreement that will allow NASA and Roscosmos to barter seats.

Such an agreement will allow “mixed crews” of NASA astronauts and Roscosmos cosmonauts to fly on both Soyuz and commercial crew vehicles to the ISS. That will ensure there would be at least one American and one Russian on the station should a vehicle be out of service for an extended period.

“We’re hoping to get that back in early to mid-May,” he said of the seat barter agreement. Assuming Russia approves the agreement, he said the U.S. State Department will perform a final review of any modifications Russia made before it goes into effect.

He added he expected Russia to approve it. “We’re talking to our Russian colleagues on a regular basis on this,” he said. “They’ve been supportive of the crew swap, and so we’re expecting a positive response from the Russian government.”

Montalbano said NASA needed a decision in the “mid-June to late June timeframe” to allow a crew swap for missions scheduled for launch this fall. One Russian cosmonaut, Anna Kikina, would then fly on the Crew-5 mission launching in the first half of September, while an American astronaut would fly on the Soyuz MS-22 mission launching later in September.

Those plans for crew swaps continue despite the fraying of relations between Russia and the West in the wake of Russia’s invasion of Ukraine. Civil space cooperation between Western nations and Russia outside of the ISS program has largely been halted, such as the European Space Agency’s ExoMars mission that is now on hold after ESA suspended cooperation with Russia that would have launched the Mars rover mission in September on a Proton.

NASA officials have reiterated since the start of the invasion that day-to-day operations of the ISS have not been hindered by the geopolitical situation. However, there remain nagging doubts in the space community about Russia’s long-term commitment to the station, particularly since Roscosmos has yet to endorse an extension of ISS operations beyond 2024.

At another briefing April 26, NASA Administrator Bill Nelson said he was confident in long-term cooperation with Russia on the station, citing cooperation with the former Soviet Union that dates back half a century during the Cold War. That extends to a “professional relationship” between cosmonauts and astronauts on the station and between flight controllers in Houston and Moscow.

“Despite the horrors that we are seeing with our eyes daily on television of what’s happening in Ukraine as the result of political decisions that are being made by the president of Russia,” Nelson said, “I see that professional relationship with astronauts and cosmonauts and the ground teams in the two respective mission controls continuing.”

While Nelson emphasized the good working-level relationship between NASA and Roscosmos on ISS operations, he did not discuss the rhetoric from his Russian counterpart, Dmitry Rogozin, head of Roscosmos. Rogozin has continued to use his account on Twitter — a service blocked in Russia since shortly after the invasion — to disseminate propaganda and to mock Ukrainian and Western officials.

Both Nelson and Josef Aschbacher, director general of ESA, said at the briefing that they did not expect the war in Ukraine to affect their plans to seek extensions of the ISS from 2024 to 2030. Aschbacher said an extension will be considered by ESA’s member states at its next ministerial meeting late this year. 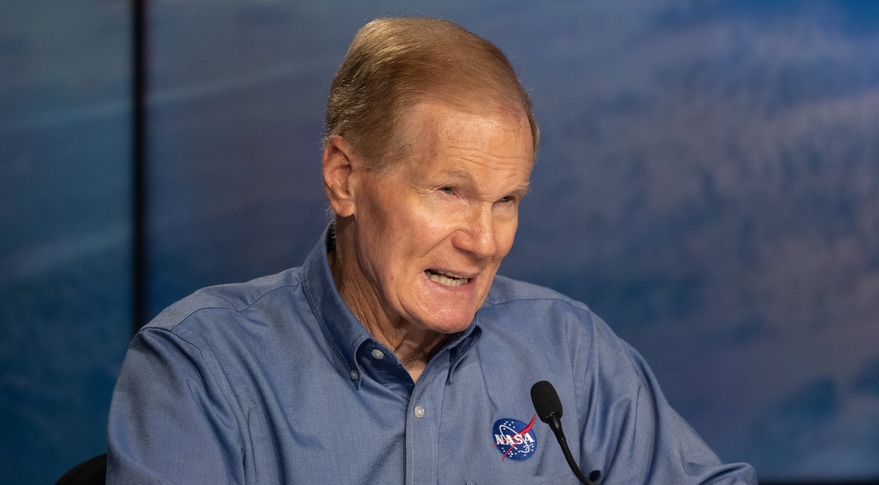