Diary of a Queer Kid

by katherine franke
in Africa News
Reading Time: 4 mins read
A A
464
SHARES
1.8k
VIEWS
Share on FacebookShare on Twitter

My experience as a child with an “odd” gender identity makes me very afraid for kids facing malicious transphobia in Texas.

When I was a little girl, I was one of the boys. We ran, jumped, and huddled together, while the girls did their thing somewhere else. It definitely involved Barbies. Yuck. We, the guys, built forts, wrestled, even devised a complex plan to build tunnels under our neighborhood where we would… well, we weren’t sure what we’d do with them. But it was going to be fantastic.1

I had a nom de guerre: Kurt. Kurt showed up every morning ready for fun with the boys, flipped through my dad’s Car and Driver magazines, and wrote to Valvoline, Sinclair, and STP asking if they’d send me stickers. Incredibly, they did. Every day I’d run to the mailbox looking for mail addressed to Kurt Franke, and envelopes filled with automotive-related stickers arrived. I didn’t do much with them, but I loved that Kurt had the power to get big companies to send free stuff.2

My parents witnessed all this and, in classic Midwestern style—I grew up in a suburb of Chicago—kinda looked the other way. They didn’t actively oppose my tomboyish identity, but they didn’t support it either. They knew about Kurt but never used his name. That was good enough—for me and for them.3

Puberty, however, was a devastating betrayal of my being one of the boys. As our bodies changed, we were dragged into a heterosexual landscape where girls couldn’t play innocently with boys. I was bewildered by it all, betrayed by my boy friends who wanted to fool around with girls in a new way. Yuck.4

I experienced gendering in adolescence as a form of culturally sanctioned violence. Father-daughter dances, cheerleading, Girl Scouts, senior prom. Never mind what to do with my period, my breasts, my new body, which read to the world as female when, inside, there was a more complex story.5

When I fell into a depression from being unable to imagine anything other than a life of loneliness, I had no one to talk to. So I wrote to May Sarton, whose 1973 memoir Journal of a Solitude I read and reread for its narration of a life without a partner or a traditional family. I asked her to help me understand the isolation. Amazingly, just like the automotive companies, she wrote back, but her advice isolated me even more: “It seems to me that you have never loved a man enough to want to marry him…. When you do, and I hope you will, there won’t be any argument.”6

Sarton had no idea how to address the loneliness of having an odd gender identity. I didn’t want to “be” a boy or be “with” a boy; I just liked living “as” a boy. I loved their freedom, their power, and their sense of abandon. I loved the “in-between” that was possible before adolescence ruined it all. Of course, being trans, becoming a boy, wasn’t something even imaginable when I was growing up in the 1960s.7

But as I watch what’s going on in Texas, where a new state policy prohibits parents from affirming their kids’ trans identities at the risk of being labeled “abusers,” I shake in horror. Kurt shakes in horror.8

The directive from Governor Greg Abbott comes as adolescent suicide rates are climbing even for kids with traditional gender identities. At the same time, trans, nonbinary, and gender-nonconforming adolescents are four times as likely to seriously consider suicide. Every 45 seconds in the United States, one LGBTQ kid between the ages of 13 and 24 attempts suicide. That’s three since you started reading this essay. Importantly, trans and nonbinary kids who are supported by a parent, peer, or school professional against the pressure to conform to the Longhorn version of how “real” men and women must act and look report at least 33 percent lower odds of attempting suicide. “Access to gender-affirming care saves trans youths’ lives,” said Diana Tordoff, the author of a recent study on the mental health needs of trans kids.9

Family and/or parental acceptance of a young person’s LGBTQ identity is one of the primary ways to protect against suicidal ideation and behavior, yet Texas now affirmatively punishes parents who accept and support their child’s nonnormative identity, behavior, or presentation. To make matters worse, and more deadly, Texas’s health department removed a list of resources for LGBTQ youth from its suicide prevention Web page. The list included a link to the Trevor Project, an organization that provides crisis intervention and suicide prevention services to LGBTQ youth. The Trevor Project found that more than 80 percent of queer youth say a crisis line should include a focus on young LGBTQ people.10

There were more murders of trans people in 2021 than in any previous year, showing that children aren’t the only ones likely to suffer from the malicious transphobia in Texas. More trans people are murdered each year in Texas, which is home to one of the largest known populations of trans people in the country, than in any other state. In essence, Governor Abbott and the Texas Legislature have declared open season on trans people of all ages.11

When I was little, I dressed as a cowboy. In that outfit, I was fierce, fabulous, and free. I would’ve fit right in in Texas. Except that I wouldn’t, since there is an “F” on my birth certificate indicating my sex. Now I find myself afraid—very afraid—for all the kids like me, whom Governor Abbott can’t seem to find a way to love just as we are.12 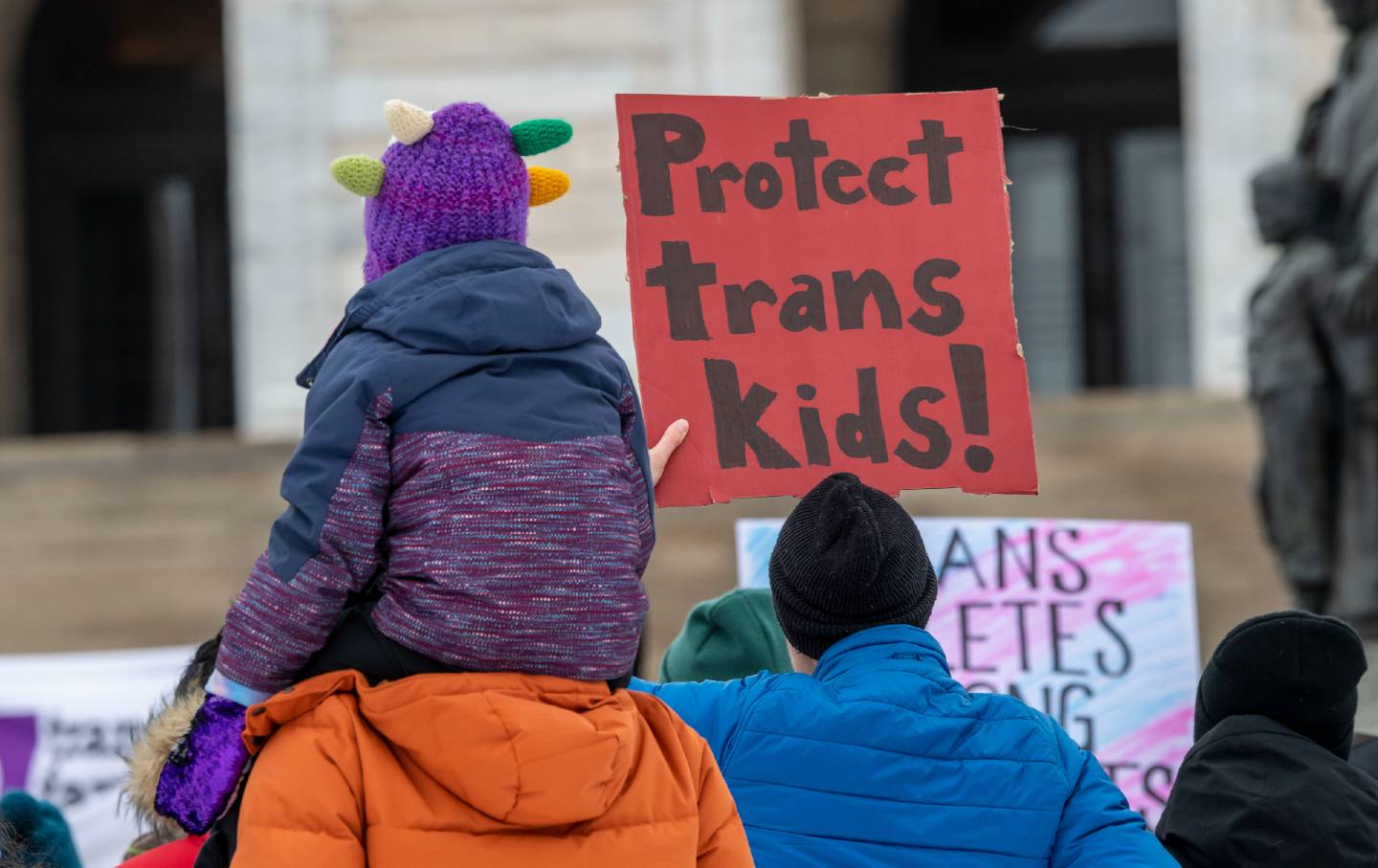 The Complete Guide to Crypto, Bitcoin, ApeCoin and Blockchain Technology

UN chief calls on juntas in Burkina Faso, Guinea, Mali to hand power back to civilians

UN chief calls on juntas in Burkina Faso, Guinea, Mali to hand power back to civilians