by tedstew1
in World News
Reading Time: 2 mins read
A A
464
SHARES
1.8k
VIEWS
Share on FacebookShare on Twitter

Joe Biden is moving forward with plans to attend at least a portion of Saturday night’s White House Correspondents’ Association dinner, returning to the tradition of presidential schtick for the 100-year-plus-old event.

Biden is expected to come on in the 9:00 PM ET/6:00 PT hour, and he’s planning to skip the dinner portion for the post-meal entertainment. That has included the president’s own material, as well as that of the featured entertainer this year, Trevor Noah.

As vice president, Biden appeared in comedy videos along with Julia Louis-Dreyfus, but he otherwise left attendance at the dinner to Barack Obama, whose material often was so well-received it overshadowed the featured comedian. Biden will be the first president to address the dinner since Barack Obama in 2016, as Donald Trump skipped the events during his term.

White House Press Secretary Jen Psaki said that Biden has consulted with comedians in crafting his material, but she did not name them. “I will tell you the President has a very good sense of humor and is working hard on his own speech,” she said.

On Friday, Psaki quipped to reporters, “I will lower expectations and say it’s not funny at all.  Just kidding.”

The dinner itself typically brings a sometimes surreal mixture of celebrity and policy wonk, something that was apparent on in the flood of pre-dinner parties and receptions.

Jeff Shell at an event to mark the opening of the NBCU News Group studios near the Capitol.
Photo by: William B. Plowman/NBC

On Friday night, at UTA’s party at Fiola Mare, Pat Sajak was in the mix along with Secretary of Homeland Security Alejandro Mayorkas. On Saturday afternoon, at the annual Georgetown Garden Brunch co-hosted by Tammy Haddad, actor Harry Hamlin chatted up Dr. Anthony Fauci.

Fauci will not be at the dinner itself, having backed out of plans after an outbreak following the annual Gridiron Club dinner earlier this month. In contrast to the dinner, where more than 2,000 pack into the cavernous ballroom of the Washington Hilton, the brunch was largely outdoors.

There also is a sizable contingent of media executives attending events this weekend, including NBCUniversal’s Jeff Shell and CBS Entertainment’s George Cheeks, along with news division heads, as well as incoming CNN chairman and CEO Chris Licht. CAA’s Bryan Lourd was among those at the agency’s reception on Friday at the Viceroy Hotel.

Very few attendees are wearing masks, a reflection of the sentiment that it was time to emerge from the pandemic even with the spread of a contagious variant. Psaki said that Biden will likely wear a mask when he is not speaking, but he decided to go because “it was important to him to attend the dinner to honor the work of journalists.”

The scene at the Washington Hilton is expected to be a particular crush of Beltway insiders, media figures and Hollywood celebrities. Among those expected are Kim Kardashian and Pete Davidson, guests of ABC News. 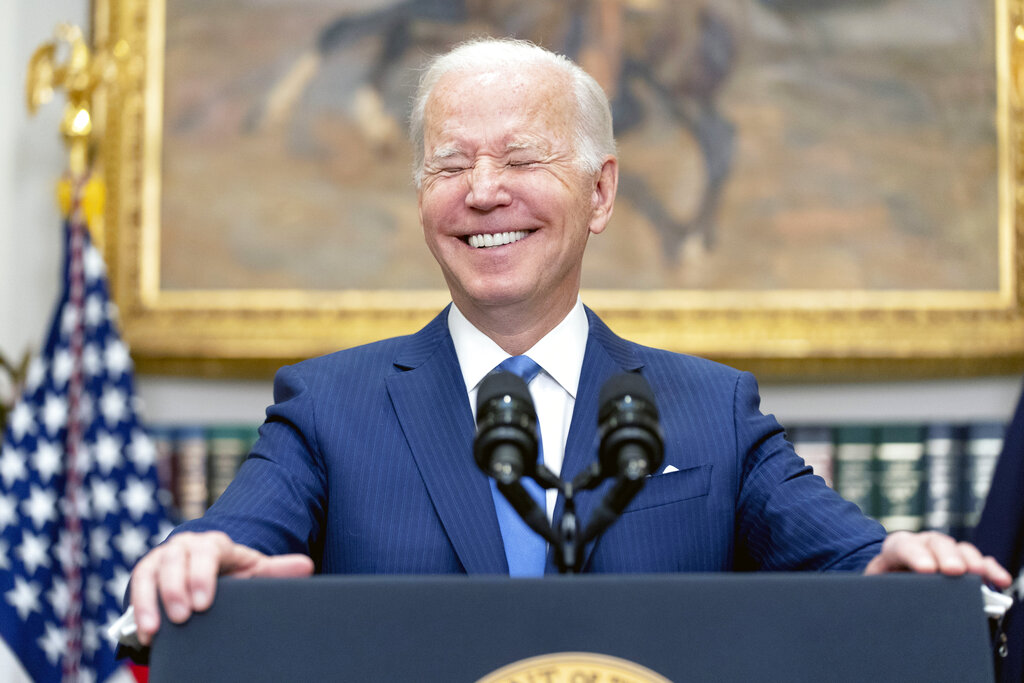