by rebecka lanz
in World News
Reading Time: 5 mins read
A A
464
SHARES
1.8k
VIEWS
Share on FacebookShare on Twitter

Tributes have been paid to the dad and British armed forces veteran, 36, with former comrades describing him as “the bravest person” they knew.

The Brit volunteer pictured a few years ago
A second Brit volunteer is missing in Ukraine after travelling to the warzone following the Russian invasion.

“We can confirm that a British national has been killed in Ukraine and are supporting their family,” a Foreign, Development and Commonwealth Office spokesperson said.

The spokesperson said about the second man: “We are aware of a British national who is missing in Ukraine and are supporting their family. We are urgently seeking further information.”

No further details about the British nationals have been released by the Foreign Office.

His loving wife Victoria posted: “We are overwhelmed with everyone’s kind messages and beautiful memories that have been shared with us so far.”

Sibley, who was pictured with the Ukrainian flag on his uniform appears to have been a former member of the Commando Logistic Support Squadron.

They posted on social media: “This week the Sqn has lost a former serving soldier.

“A man that showed Commando spirit until the end. RIP. Scott Sibley”

Devastated friends and family paid tribute to a “beautiful guy inside and out”.

His friend Alex Darwin, who served with him, wrote on a Facebook post: “I’m in complete disbelief.

“What a pleasure to have served alongside you, to know you & to of experienced your kind nature.

“You were there for me, & I will forever be grateful.

“One hell of a beautiful guy, inside & out! Stand down, Scott Sibley.”

Another friend shared: “Scott Sibley you were a good friend, and funny as hell.

“You will be missed by everyone who ever met you that’s for sure.

“Until the big re-org in the sky brother. Stand down soldier, your duty is over. RIP, It’s our stag now.”

Two Gofundme pages have been set up to help his family cover funeral costs.

One of them, set up by Craig Gant reads: “Scott was a son, father, brother and uncle.

“To me, he was a friend like no other and the bravest person I’ve had the pleasure to have known, he was as good as a brother to me.

“His life may have been cut short but he lived to the full and did things the Sibs way, right until the end.”

The second Gofundme page reads: “I know only a couple of us got to meet sibs outside of our community and many had arranged to meet him or couldn’t due to long distance, however each of us that had the pleasure of knowing sibs were affected by his contagious laugh and ability to cheer us up! (Or wind us up haha)

“We all have memories with him and he has helped us in different ways, if you would like to write anything with your donation feel free to do that his family can see how much he was loved by us all!

“Rest in peace Sibs we will never forget you”

The news follows the announcement that around 8,000 British troops are set to take part in exercises across Eastern Europe in a bid to combat Russian aggression.

This would be one of the largest British deployments since the Cold War.

Dozens of tanks will be deployed, from Finland in the north to North Macedonia in the south, in response to the ongoing military crisis in Ukraine.

The Queen’s Royal Hussars are set to be embedded into an armoured brigade in Finland, which shares an 830-mile land border with Russia.

Exercises will also take place alongside American troops in Poland.

Manoeuvers are scheduled to take place at least until June.

British troops will join their Nato comrades in the coming weeks

Shaun Pinner was also captured by the Russians in Mariupol
The Brit forces will be joined by tens of thousands of Nato and Joint Expeditionary Force troops.

This action had already been planned, but the Ministry of Defence said it had been enhanced in the wake of the war in Ukraine.

Commander Field Army Lieutenant General Ralph Wooddisse said: “The UK makes a significant contribution to the defence of Europe and the deterrence of Russian aggression.

“The British Army’s series of exercises is fundamental to both.”

He added: “The scale of the deployment, coupled with the professionalism, training and agility of the British Army, will deter aggression at a scale not seen in Europe this century.”

“These exercises will see our troops join forces with allies and partners across Nato and the Joint Expeditionary Force in a show of solidarity and strength in one of the largest shared deployments since the Cold War.”

Ex-squaddie Pinner was paraded by Russian state media in a chilling clip captioned:  “Another mercenary was caught in Mariupol.

“Shaun Pinner is an English mercenary. He says that he no longer needs the war and he wants to go home. He won’t make it home.

“Captured Ukrainian soldiers testify about the atrocities of foreign mercenaries. And after the trial, they face the death penalty.”

Pictures of Aslin showing bruises and cuts on him, were shared online.

At the start of the invasion, a number of brave British soldiers joined Ukraine in the fight against Putin.

Many of them were ex-servicemen and some with little or no military experience.

The UK government urged Brits not to take up arms on behalf of Kyiv saying they are putting the safety of everyone back home at risk.

Help those fleeing conflict with The Sun’s Ukraine Fund

PICTURES of women and children fleeing the horror of Ukraine’s devastated towns and cities have moved Sun readers to tears.

Many of you want to help the five million caught in the chaos — and now you can, by donating to The Sun’s Ukraine Fund.

Give as little as £3 or as much as you can afford and every penny will be donated to the Red Cross on the ground helping women, children, the old, the infirm and the wounded.

The Ukraine Crisis Appeal will support people in areas currently affected and those potentially affected in the future by the crisis.

In the unlikely event that the British Red Cross raise more money than can be reasonably and efficiently spent, any surplus funds will be used to help them prepare for and respond to other humanitarian disasters anywhere in the world. 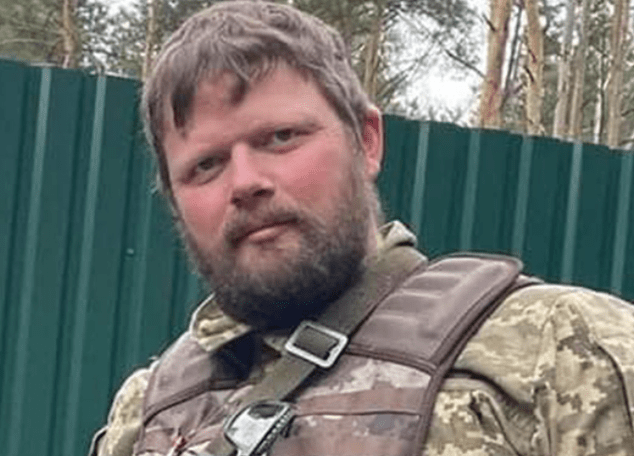 Erdogan, Putin discuss swap of Russian, US prisoners in Turkey over phone

Erdogan, Putin discuss swap of Russian, US prisoners in Turkey over phone