by timothy noah
in World News
Reading Time: 5 mins read
A A
464
SHARES
1.8k
VIEWS
Share on FacebookShare on Twitter

The Food and Drug Administration’s proposed ban on menthol cigarettes is a laudable move by the Biden administration that builds on one of the greatest public health achievements in U.S. history: the reduction of cigarette consumption through a combined regulatory assault by federal, state, and local governments. And at a historic moment when we’re being reminded that Black lives matter, a menthol ban would save tens of thousands of Black lives annually.

Cigarette companies started targeting African American consumers in the 1940s, then stepped up those efforts considerably after cigarette ads were removed from TV and radio in the 1970s. They began pushing menthols to this new market in the 1950s, after a Brown & Williamson survey found that Black smokers showed a slight preference for them. Brown & Williamson’s Kool brand captured the market first, but Newport eventually displaced it as the market leader. Menthols were also an effective gateway to nicotine addiction because the menthol suppressed the novice smoker’s coughing response.

The culmination of this targeting was R.J. Reynolds’s introduction in 1990 of a menthol cigarette called Uptown. When the George H.W. Bush administration’s health and human services secretary, a Black physician named Louis Sullivan, heard about it, he blew his stack. Sullivan called the move “slick and sinister,” generating such unfavorable publicity for Reynolds that the company withdrew the product.

The cigarette companies strengthened their influence within the Black community by contributing to civil rights groups and historically Black colleges and universities and by underwriting jazz concerts and other cultural events with special appeal to Black Americans. (They made a parallel effort with women’s groups, as my late first wife, Marjorie Williams, documented in The Washington Post.) For years, Philip Morris gave heavily to the Congressional Black Caucus, with annual contributions sometimes exceeding $250,000. The organization’s dependence on tobacco money prompted many African American legislators to oppose restrictions on menthol cigarettes. As the late Representative John Lewis explained: “People are reluctant to criticize the giver, to bite the hand that feeds them.”

But the cigarette industry’s influence over African American groups eventually waned, much as its influence waned elsewhere. Most members of the Congressional Black Caucus now favor a menthol ban, and last year 34 CBC members wrote Health and Human Services Secretary Xavier Becerra urging him to “remove menthol cigarettes from the marketplace.”

There’s no question that a menthol ban will save many Black lives. Tobacco is a major contributor to the four leading causes of death among African Americans: heart disease, cancer, stroke, and diabetes. A study by the University of Michigan School of Health found that menthol cigarettes led to 157,000 premature deaths between 1980 and 2018.

There are still pockets of resistance to a menthol ban within the Black community. The Reverend Al Sharpton, whose National Action Network is funded in part by R.J. Reynolds, wrote Domestic Policy Council director Susan Rice earlier this month to warn her that a menthol ban would create a black market in menthol “loosies” that would “in turn place menthol smokers at a significant risk of entering the criminal justice system” and “exacerbate existing, simmering issues around racial profiling, discrimination, and policing.” That’s just wrong. A black market may emerge, but the proposed rule states explicitly that it does not include

Sharpton’s letter to Rice parroted talking points in an earlier email that R.J. Reynolds sent to the Office of Management and Budget’s Office of Information and Regulatory Affairs, which reviews proposed regulations before they’re published.

The regulatory war on cigarettes began in earnest in the 1980s, and it was bipartisan. Surgeon General Everett Koop issued a 1982 report showing that 30 percent of all cancer deaths were attributable to smoking, and used his bully pulpit to inveigh against the hazards of secondhand smoke. In 1987, Congress banned smoking on flights lasting less than two hours, and in 2000 it banned smoking on all flights. In 1990, San Luis Obispo, California, became the first city to eliminate smoking in all public buildings, including bars and restaurants. In 1995, the FDA said it would regulate tobacco products on the grounds that nicotine was a drug. In 2000, the Supreme Court ruled that the FDA lacked statutory authority to regulate nicotine, but in 2009 Congress gave the FDA back that power.

The tobacco industry’s lingering influence over some civil rights groups prompted Congress to exempt menthol cigarettes from a ban on flavorings in 2009’s Tobacco Control Act. The FDA dithered over the matter for the next 11 years. In 2013, the leaders of several prominent health groups petitioned the Obama FDA to move on menthol, prompting the FDA to promise a proposed rule, but no such rule ever surfaced. Finally, in 2020, the African American Tobacco Control Leadership Council sued to compel the FDA to produce the proposed regulation. That did the trick.

The tobacco companies will fight the ban by trying to shore up their dwindling support from African American leaders. According to an April 25 report in the Los Angeles Times, a representative of R.J. Reynolds, maker of the market-leading menthol brand Newport, invoked the death of George Floyd at a recent meeting of the National Black Caucus of State Legislators by way of urging members not to ban menthol cigarettes at the state level. Reynolds has also, the L.A. Times reported, hired a team of African American lobbyists and consultants to make its case, including former Representative Kendrick Meek, a Florida Democrat. The group Mothers of the Movement, which represents African American women whose children were killed by the police, was persuaded (probably by Sharpton) to oppose the ban on menthol cigarettes; it sent Rice a letter similar to Sharpton’s, cc’d to Sharpton, signed by the mothers of Eric Garner and Trayvon Martin and also George Floyd’s brother. Former NAACP executive director Benjamin Chavis Jr. tweeted support.

The NAACP itself, however, has endorsed the FDA proposed rule. “For decades,” it said in a written statement,

the tobacco industry has been targeting African Americans and … contributed to the skyrocketing rates of heart disease, stroke and cancer across our community. The tobacco industry is on a narrow quest for profit, and they have been killing us along the way. The NAACP has been calling for a ban on menthol cigarettes and flavored e-cigarettes for years now, and we applaud the FDA’s latest plan to do just that. It’s about time we prioritize the health and well-being of African Americans. 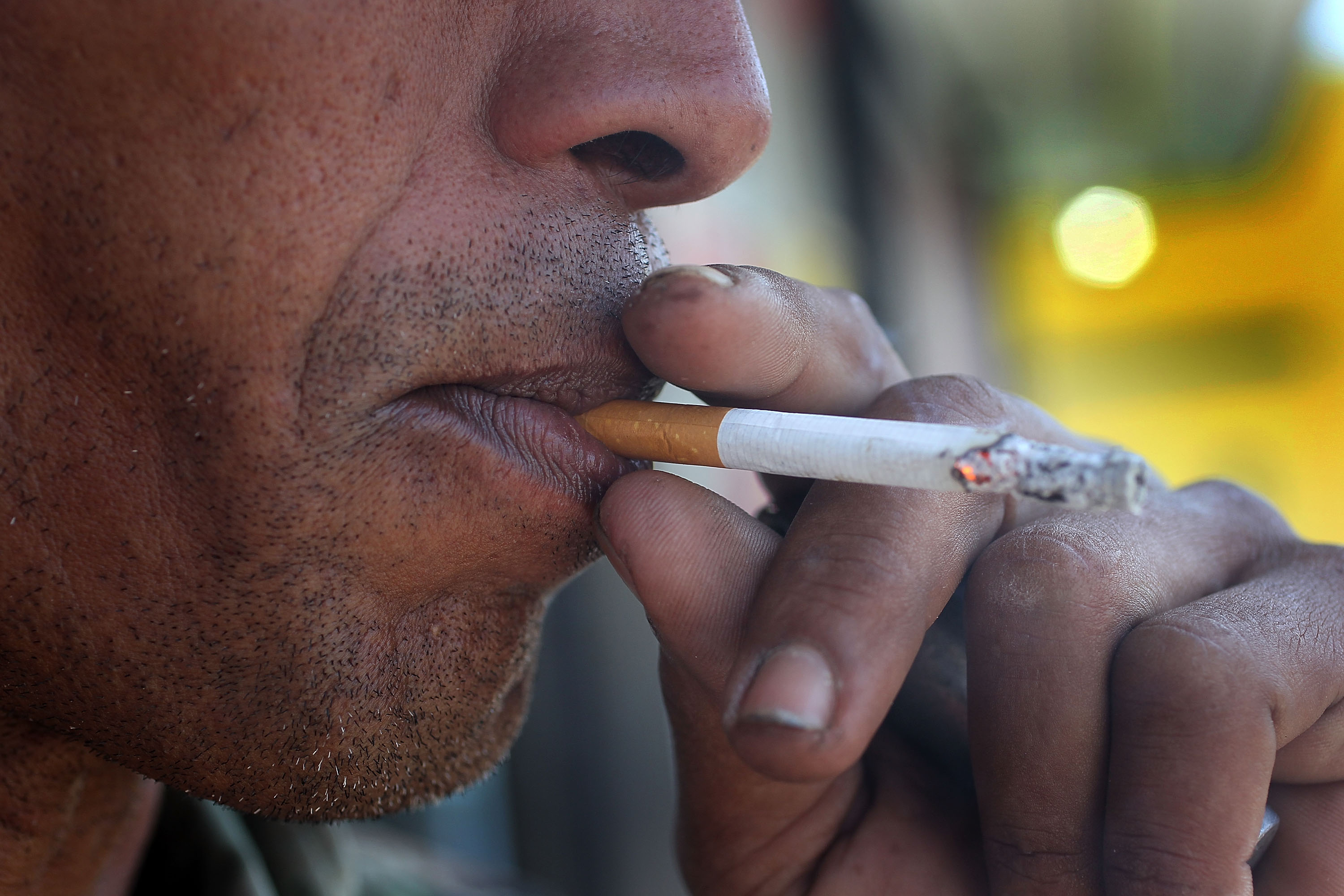 Biden Admin Is Inflaming the War on Cops